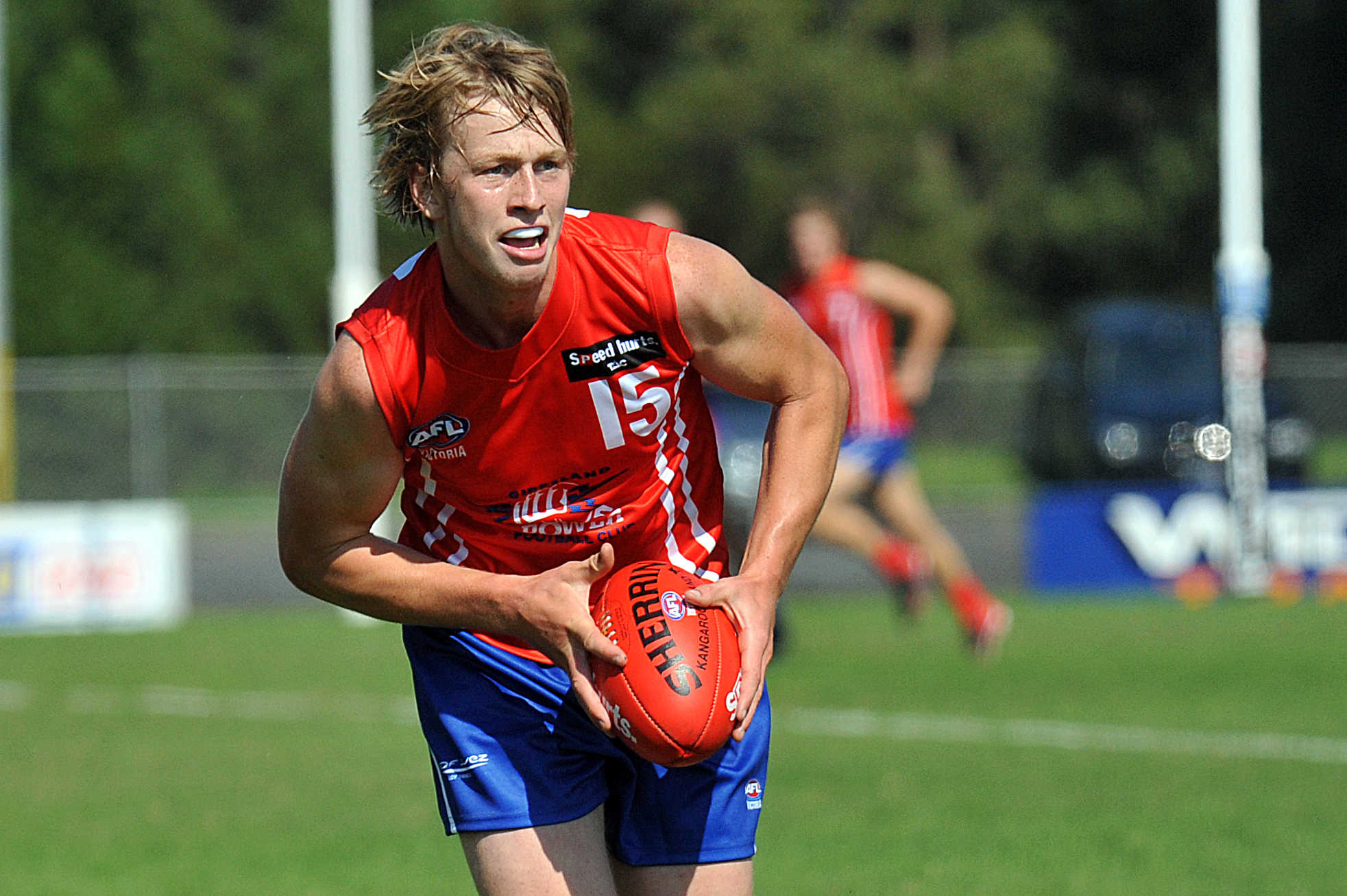 NINE goals to Josh Scott helped Loy Yang B Gippsland Power record a resounding away victory over the Bendigo Pioneers at the weekend, 23.11 (149) to 6.8 (44).

The Power went into the game without Christian Buykx-Smith and captain Josh Cashman due to injury, giving first-gamers Adam Diamond and Ben Thomas a start. Clever forward Ben Kearns returned from Casey in the Victorian Football League after kicking five goals in an impressive debut at elite level.

By the first change the Power led by 14 points but the Pioneers had shown that they would be competitive if allowed to apply their game plan.

Some nifty ball use by Lachie Channing allowed Alex Saunders to score a good goal but the Power missed several opportunities to extend their lead.

Declan Keilty benefited from Power’s sustained pressure to become provider for Brenton Rees before snapping a major himself.

Uncanny vision by Saunders resulted in Scott kicking his fourth for the match and Saunders’ follow up goal gave Power a 44-point lead at the long break.

In the opening minutes of the third term Adam Diamond gave Scott his fifth goal and then Channing linked up with Kearns, whose strong hands in the marking duel were amazing.

He repeated the deed almost immediately as the Pioneers began to crumble under the Power’s pressure.

Keilty was again involved in an assist and Alex Carr kicked a long bomb from the 50 metre line.

The Pioneers scored their first goal in more than 50 minutes and backed it up with another soon after.

Diamond went long and direct from the resultant centre bounce and once again Kearns marked well and kicked accurately.

Late in the quarter Keilty and Carr linked together with long and direct kicks with Lukas Webb on the receiving end.

By the last break the Power lead was 67.

Scott scored again early in the last and was gifted another from a free kick.

Carr and Channing played some razzle dazzle to allow the former to score another long bomb from the boundary line.

Some quick and clever use of the ball by Scott allowed Saunders to kick his third and the Power was tracking for a massive win.

A long, direct thrust by Aaron Heppell saw Kearns score another before some more “magic” by Webb and Tom Muir handed Scott another major.

A soft free kick gave the Pioneers some respite, before Muir linked with Scott for his ninth goal.

By the final siren the margin was 105 to Power.

The TAC Cup has a bye this week and the state squad will have a camp to prepare for the national championships later in the season.

The Power will have several players involved in this process and most of the remaining players will have a rare chance to go back to their local clubs.

Coach Nick Stevens will also use the opportunity to allow key players to have a well deserved rest.

After the break the Power will take on the Sandringham Dragons in another good test.

Kearns will likely return to Casey in the VFL.