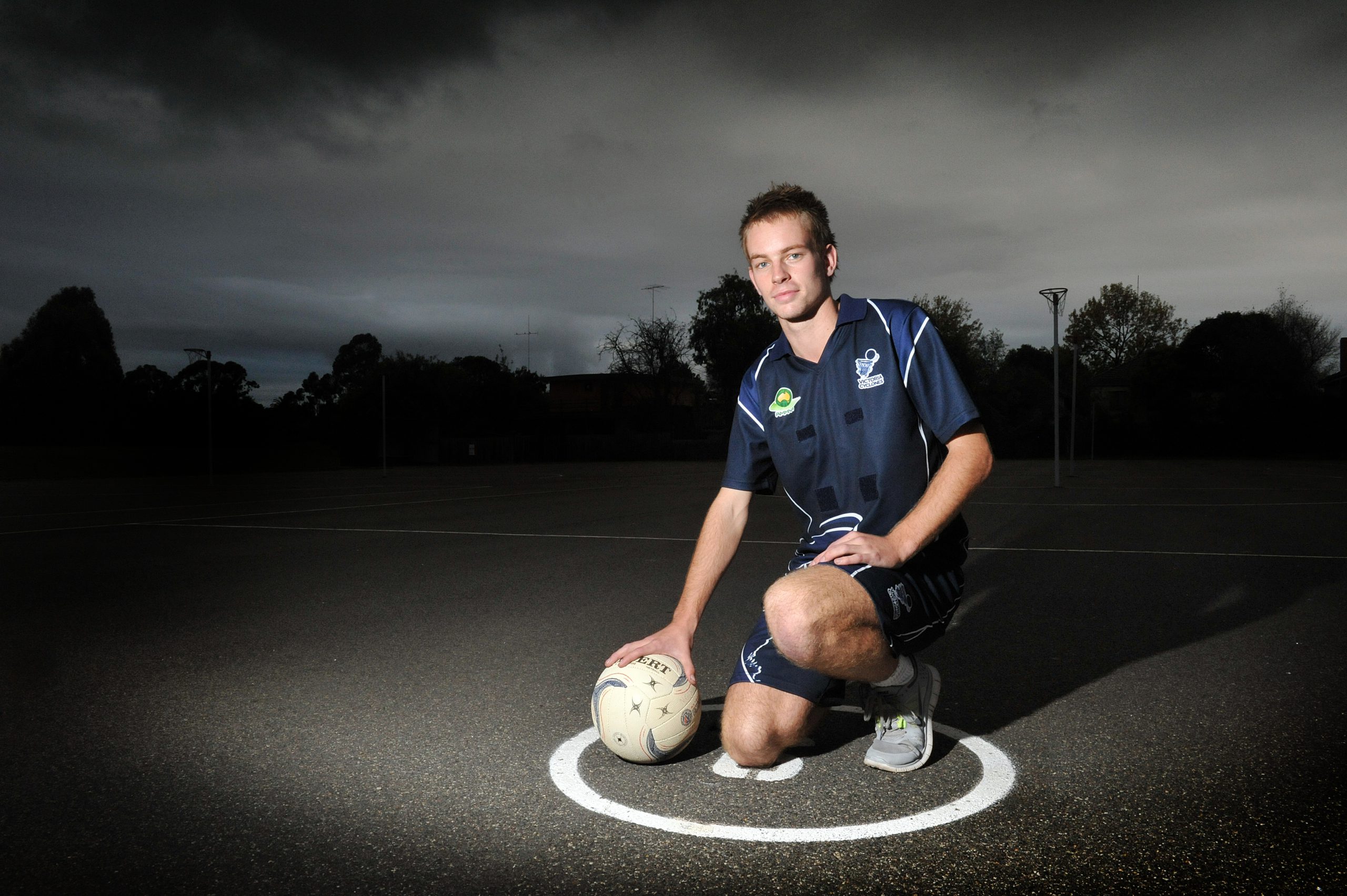 WHAT began last year as a post football season laugh for David Fromberg took a serious turn when the 17 year-old was selected for the Australian under 19 male netball team.

When his Traralgon team was ousted from last year’s football finals race, David attended the Victorian netball trials as “a bit of a joke”, but making the team as starting centre changed his outlook on the sport as a novelty.

Six months later David was part of the undefeated Victorian team at the week-long Australian Men’s and Mixed Netball Championships, which finished on 6 April, and the entire starting seven was selected in a 10-man squad to represent the country in Malaysia following their 46-27 grand final win over Queensland.

“I didn’t really think I was (going to get picked) but they pulled out a few names and mine came out.”

The mid-court specialist said the intensity at state level was immense, and that the men played a different brand of netball to the girls.

“It’s a lot faster (than the girls game)… jumping is the biggest thing, you see guys blocking the ball out of the ring,” David said.

“You can’t touch the ring but you can get up there and (pretty much) slam it.”

With 33 teams contesting this year’s nationals, according to David, the male game was gaining momentum, and has a premier M-League competition in Melbourne.

David came into the sport armed with key skills that transferred over from football, but said he had to learn the subtleties of the game to keep up at the top level.

“The coach has definitely helped a lot; he’s said I’ve ridiculously improved from when I started to six months later,” David said.

“Coordination comes from footy… catching and hand eye co-ordination and the running side of things; fitness and endurance, are important.”

While the stigmatism of netball as a girls’ sport still exists, and cost David some light-hearted jabs at football training, the Traralgon teenager believes there is a place for blokes in the sport.

“I like fast paced games and fast movement and it’s really enjoyable to play.”

The Australian team will tour Malaysia in late July.