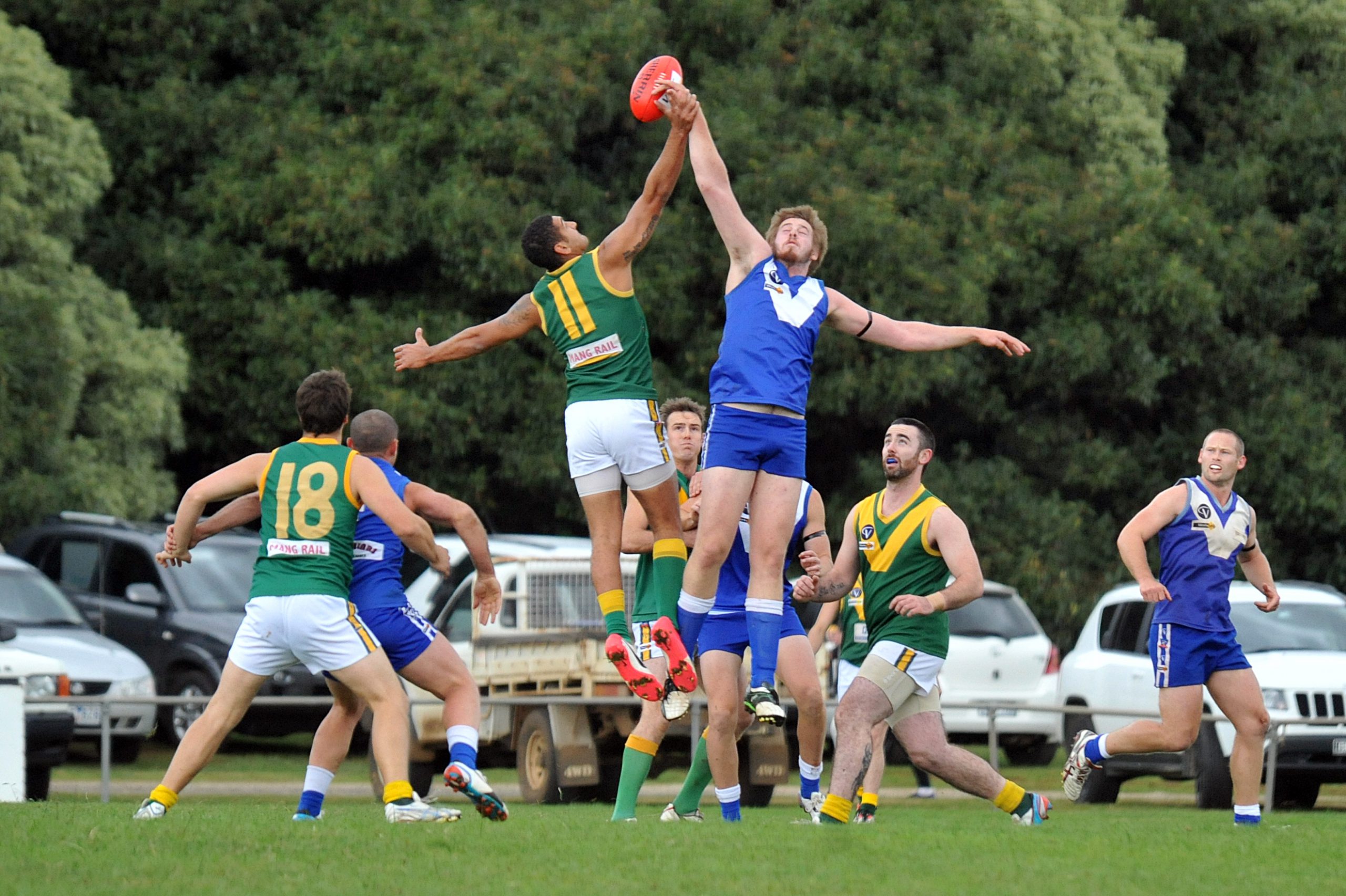 BOOLARRA got out to a strong first quarter lead and never relinquished it while Yarragon struggled to score in Mid Gippsland football.

Both sides found it difficult to kick goals in windy conditions at Yarragon’s Dowton Park Reserve, with more than half of Boolarra’s first quarter scoring shots going through as behinds.

While Yarragon was able to apply pressure around the ground they could not manage to do so on the scoreboard.

Yarragon coach Anthony Pavey said his side’s defence had kept the Demons to a beatable score, but his own side’s avenue to goal was “non-existent”.

“It was very tough getting through the half-forward line and into the full-forward line. They ran it out and their numbers got behind the ball,” Pavey said.

“I think their fitness and the way they’ve played together for a little while is optimal in that way.

“We went straight (at) the line instead of working the ball in and keeping possession of it.”

Boolarra coach Tony Giardina said “traditionally” his side did not play well at Yarragon which had him stressed about this game.

“It took us a while to get going, but I thought once we were on top we played some reasonable footy. The windy conditions made it hard,” Giardina said.

Trafalgar coach Chris Kyriacou said this “important” game was tight as expected and was happy his side “gave everything they could for four quarters”.

“At times I thought we were going to let it slip and then a bit of luck went our way and we worked hard. We just dug our heels in (and) did what we had to,” Kyriacou said.

Kyriacou said the side was already determined to bounce back after a narrow loss to Boolarra the previous week, and was motivated by twin debutants Harry Malady and Ryan Cant.

“I had six senior players out and I played two first gamers (and) three thirds in the team and it was pretty exciting to see how the kids were going to go and they didn’t let me down,” he said.

Winning coach Phil Town said his side went into the match as underdogs, but took the game on.

“We were first to the contest at all times, had numbers around the ball and just showed a bit of desperate footy,” Town said.

He said with about seven players out of the side, it was “very under-manned” and showed the importance of hard work.

“Credit to the boys they all stood up and played together as a team. Sometimes you don’t have to be the greatest side as long as you all do the hard work together and that’s what happens,” Town said.

Thorpdale coach Brett Sherriff was frustrated with his side’s performance against Hill End and said a lot of the work they put in just “went out the window”.

Sherriff said his side’s laziness and lack of discipline hurt them and was discussed post game.

“We went back to the old ways of being in that losing mentality. It was easy to sit back and go ‘oh well’. Our work rate is just not hard enough and the side was just not doing enough to win the contest,” Sherriff said.

This was an important game for both sides who entered the match perched at the bottom end of the ladder without wins this season.

The Hawks’ inaccuracy and the Bombers’ contrasting accuracy at goal kept the margin from blowing out.

At quarter-time Morwell East was in front by the four behinds it managed, but had stretched the margin to 20 points by half-time and 28 by the final siren.

Meanwhile, Hill End’s win over Thorpdale means YYN is the only team yet to win a game.

After two close quarters the margin was just four points in the Tigers’ favour at half-time, but kicking into the wind the Tigers got more than three goals clear at three-quarter-time.

Mirboo North coach Troy Hamilton said his side’s ability to finish the game off well, kicking eight goals to the Bulldogs’ two, was due to the Tigers’ fitness.

“I think we’re a bit fitter and we’ve got a bit more run, and numbers at the ball. Just simple stuff,” Hamilton said.

“We missed a lot of opportunities in the second quarter, we should have been a up a little bit more at half time.”