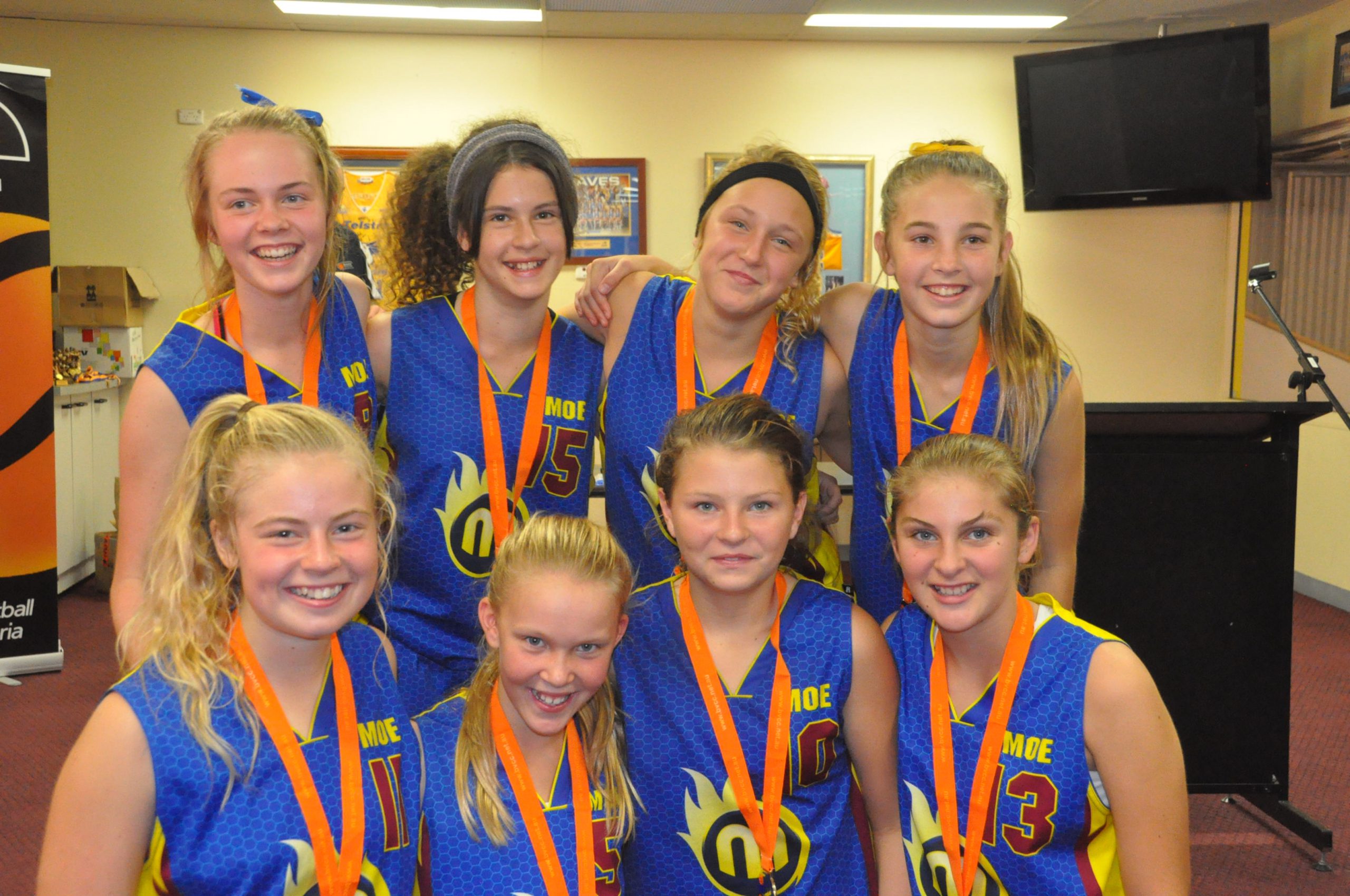 The competition had 34 teams from across the state compete for the title, with three Gippsland sides reaching the top eight.

Moe recorded just one loss in nine matches over four days and defeated Bendigo in the grand final by three points.

Bendigo looked like spoiling Moe’s party when it broke out to an early lead in the decider, but the Gippslanders rallied to claw out a memorable win.

Moe coaches Brett Cornish and Caz Shelley said they could not be more proud of the girls’ effort.

“They worked so hard to get there and their never give up attitude and discipline is the main reason they are now state champions,” Cornish said.

The girls began their campaign with a 26-point win over Colac, and backed it up with 51 and 68-point demolitions of Seymour and Island District respectively.

Moe then felled Port Fairy by 31 on the Sunday of the championships and Ararat by 29 before suffering its only loss at the hands of Bellarine by eight points.

The girls were back in the groove on the Monday, defeating Maffra by two points, Geelong by 18 in the semi-final before overcoming Bendigo.

The title opened a pathway for the team to compete in an invitational classic to be held in Melbourne in June and the national championships later in the year.