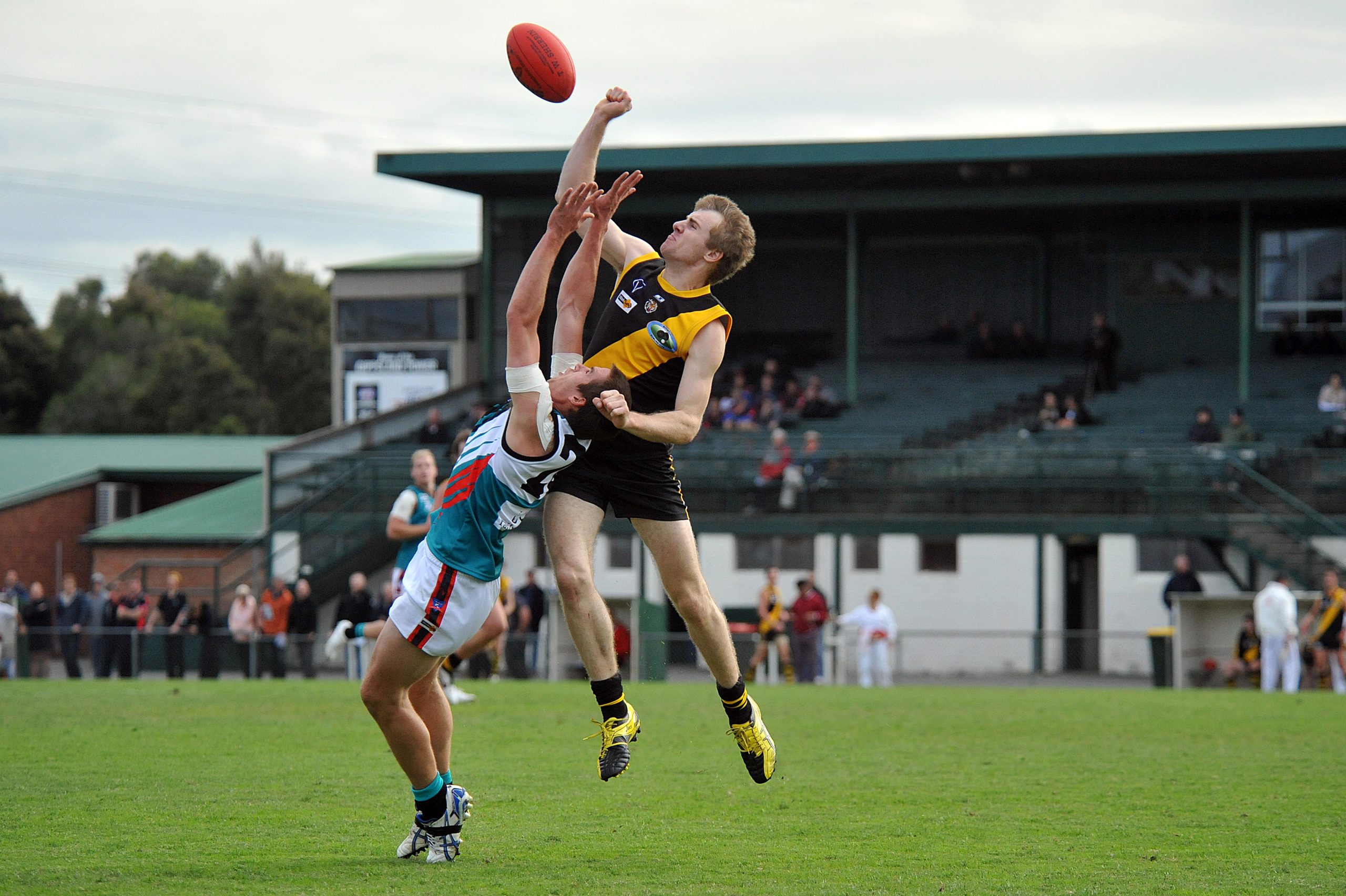 MORWELL made it two in a row by accounting for Warragul at home in round two of the Gippsland League on Saturday.

It was not all smooth sailing for the Tigers who had to dig deep for the four points.

“To be honest, Warragul were unbelievable… we were down by three goals in the third quarter and we showed a lot of character to come back and win,” Morwell coach Harmit Singh said.

“They’ll be pushing for finals.”

The home team led by seven points at quarter-time, before a four goal to two second term saw the visitor take an 11-point lead into the main change.

Despite being three goals down at one point, the Tigers turned it around and went on to lead by 10 at three-quarter-time.

Morwell kept its winning streak alive with a six goal to one last term to make the margin 42 points at the final siren.

It was not all good news for Morwell, with forward Michael Duncan to undergo scans on an injured knee.

His namesake in assistant coach Michael Duncan was among the Tigers’ best, along with Jack Brown.

TRARALGON is without a win from two rounds after going down to Wonthaggi at home in a nail-biter.

The Maroons trailed by three points at the first change but outscored the Power in the second to take a point lead into the half.

Wonthaggi had the upper hand by a kick at the final change and the match came right down to the wire.

Inaccuracy cost the Maroons in the dying minutes with the Power holding on to win its first match of the year by just two points.

“To win at Traralgon is tough, even if you are a really good side.”

BAIRNSDALE starved Maffra of victory in front of one of the biggest crowds the Eagles have had in recent history.

The Eagles and Redlegs did not disappoint on a day which saw a goal umpire do a hamstring and a toddler delay the start of play in the final quarter.

Maffra got off to a dream start and led by four goals at quarter-time but by the half Bairnsdale had clawed its way back within a point.

By three-quarter-time there was 10 points in it, this time it was the visitors with the lead.

“I want you to take risks, take the game on,” pleaded Bairnsdale coach Shaun Mooney during his three-quarter-time address.

Across in the Maffra camp Burgiel urged his side to lift.

“Ten points is nothing boys. Home ground .. we don’t lose at home boys. Finish our fitness off in this last quarter, let’s get that ball in our forward line and kick some goals.”

Mark Sellings opened the scoring for Bairnsdale before a coach’s goal from Burgiel put Maffra back within 10 points.

Majors from Daniel Bedggood and Lovett saw the Eagles hit the front, then lose it again moments later.

Maffra again pegged it back but wasn’t able to get in front on a day which belonged to Bairnsdale.

Sellings’ fourth for the afternoon sealed victory by nine points.

“From our point of view, a Sunday game, a big crowd, Hayden’s 200th game, an ex-AFL player… we spoke about the fact it was a really great opportunity for our boys… and today we had 21 contributors right from the word go and we are really proud of the boys efforts,” Redlegs coach and former Maffra junior Shaun Mooney said.

The newest member of the Eagles’ 200 club was understandably disappointed.

“It’s disappointing especially after the start we had, everything seemed to be running smoothly and then they lifted their intensity and we didn’t lift ours,” Burgiel said, who admitted Lovett was far from his best.

“You can probably tell he hasn’t played this year at all, he looked a bit flat to me, pretty unfit, he showed a little bit but probably not what we were looking for.”

As for his own playing future, the 200-gamer says he plans to take it week by week.

A six-goal to two last term saw Drouin come back from behind to post its first victory of the year over Moe.

The Lions burst out of the blocks booting seven in the first quarter to take a 23-point lead into the first change.

Moe led by 17 at the half after a more closely contested second term, however by three-quarter-time that margin was back to three points.

Declan Keilty kicked six goals in a disappointing 22-point loss for the Lions.

The reigning premier made it two in a row, thrashing Leongatha by 59 points.

Sale held the Parrots to just two goals at home, on a day which saw Kane Fraser boot three for the Magpies.