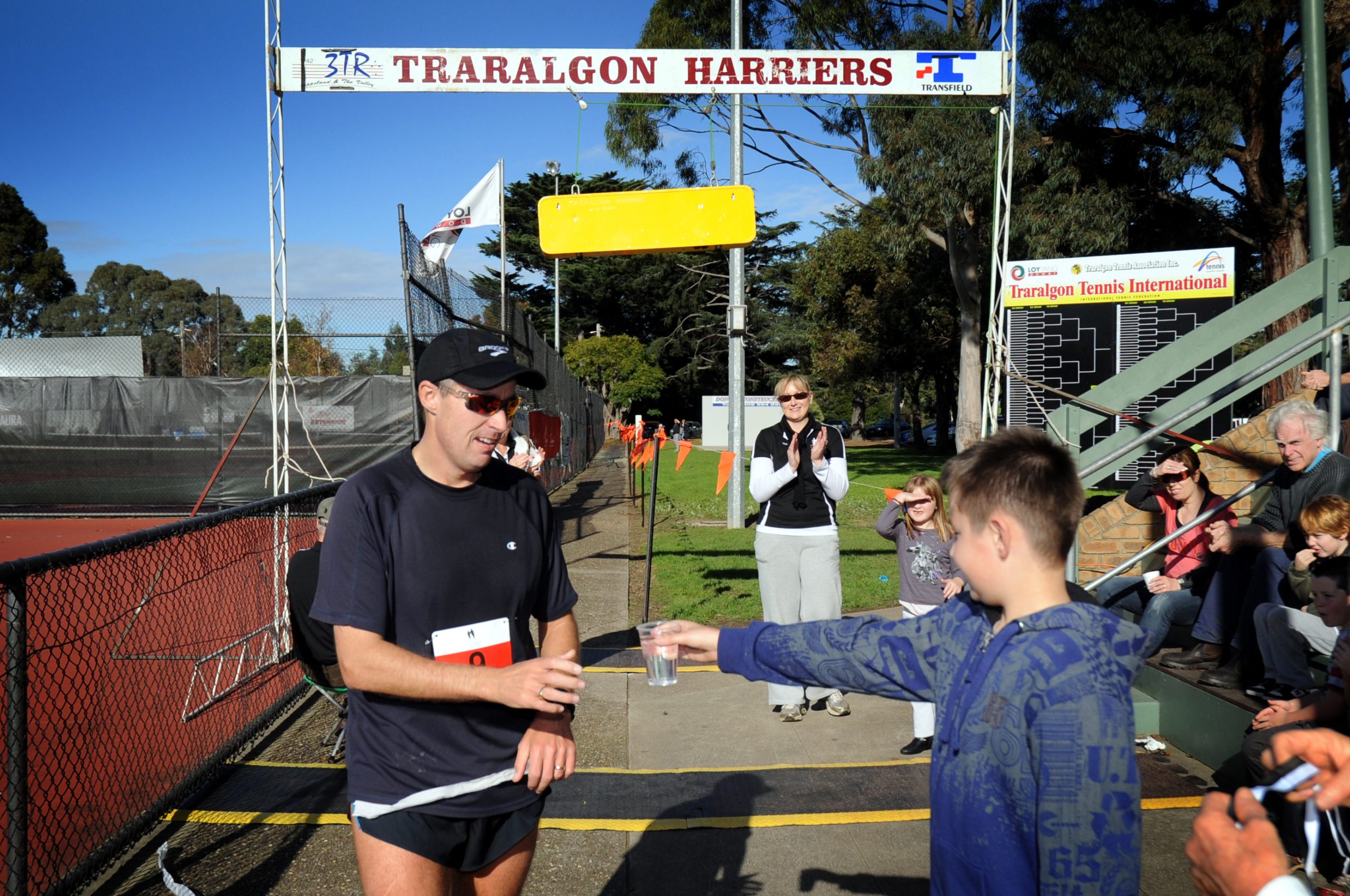 SEVEN-time Traralgon Marathon winner John MacKenzie will pass his mantle down this year, having decided not to compete for a sixth straight crown.

However, for the champion runner the rewards of racing transcend any number of trophies.

The 38 year-old will take an indefinite hiatus from marathon to focus on personal and career goals, none of which would have been possible without the endurance sport.

The Traralgon talisman said the lessons learnt on the track and the marathon mentality had been a catalyst for personal growth since he began running seriously 11 years ago.

“It’s given me lots of confidence in terms of my ability not only in sport but in business and in life,” MacKenzie said.

“For me running over time… your mindset changes because your belief changes, but if you don’t start and if you don’t have some determination or commitment it never goes anywhere.

“That’s where people go wrong, they only half commit and they only get what they put in; that’s a metaphor for life but it’s marathoning as well.”

MacKenzie admitted he had lost the fire to compete, and said while he was disappointed not to be running this year, his absence would give fellow Harriers Nick Schilling and Ryan Wissmer a chance to shine.

“I’ve loved and enjoyed my time but now it’s probably time to move forward, it’s time to change and time to evolve,” he said.

“Will I get the fire back? Maybe, but it’s not today and it’s not this year.”

MacKenzie leaves the race on top with five consecutive titles to his name and fond memories of the course and club that made him the man he has become.

“The Traralgon Harriers is a fantastic club; they accept anyone of any calibre and any level,” he said.

“It changed me; it gave me people to talk to, people to run with, it gave me a support group, it gave me knowledge when I didn’t have it and I had people I could look up to and respect.”

The accomplished runner encouraged the community to get involved in the running festival and use it to prove something to themselves.

“What success is, is achieving a goal more than what you ever dreamt possible; it’s not about finishing first across the line, it’s you achieving something that you never felt you could do,” he said.

“We’ve all got problems in life, just get out there and have a go; start on a pathway and then see where it leads you, but don’t give up.