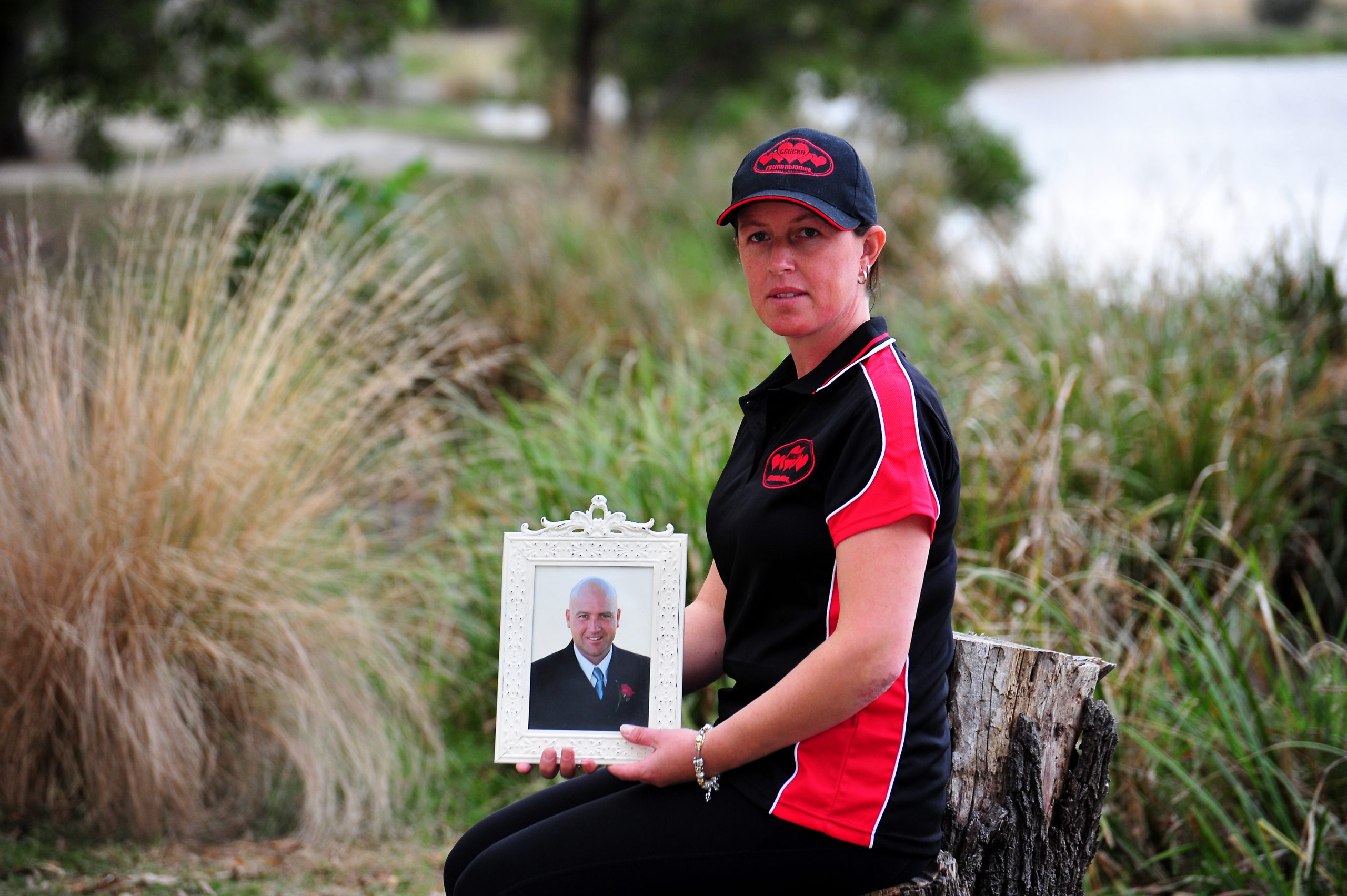 IN life, Churchill Football Club legend David ‘Crocka’ Williams was an inspirational athlete who conquered the Kokoda track and mastered the Murray Marathon.

One of his favourite training trails at Lake Hyland, Churchill is the course for the inaugural Beating Hearts Fun Run this Mother’s Day, as the Crocka Foundation honours David’s memory by raising funds and awareness to combat the illness that claimed his life.

His sudden death in 2011 to cardiac arrest was a tragic reminder that heart disease can strike anyone, and the Crocka Foundation, created by David’s wife Kylea, has since rallied to the cause.

Its launch in November raised $40,000 for the Murdoch Children’s Research Institute and Kylea is hopeful the 12 May fun run can back that effort up.

“It ties in with what he was about and he did love to run… if anything like that was going on he’d jump on board and do it,” Kylea said.

Kylea said she recently received correspondence from an old schoolmate of David’s, who was prompted into getting a heart checkup by his death and was diagnosed with a cardiac disease. As a result of early identification she was able to be treated.

“She thought if (Crocka) could die, anything could happen,” Kylea said.

“She sent me this beautiful email saying if it wasn’t for Crocka… she could have had sudden cardiac death.

With an increasing number of young and healthy people being diagnosed with the genetic form of cardiomyopathy David unknowingly suffered from, cardiomegaly, the foundation’s second fundraiser doubles as a notice for people to seek health checks.

“We want to try and turn something that is so negative that happened to us into something positive in memory of our David,” Kylea said.

The fun run will offer a five or 10 kilometre course and registrations have been flowing in, including a large contingent from Crocka’s football club, Churchill.

A Lion’s Club Mother’s Day breakfast will be provided on the day, which will feature a range of family friendly activities including jumping castles, showbags, lucky dips and a barbecue lunch.

A registration day is being held at Churchill Safeway from 9am this Saturday.

Registration on the day will open at 9.30am for a 10am start and payment must be made by 3 May.

For more information or to register, visit www.trybooking.com/47949 phone Kylea Williams on 0413 327 368 or email crocka13@bigpond.net.au