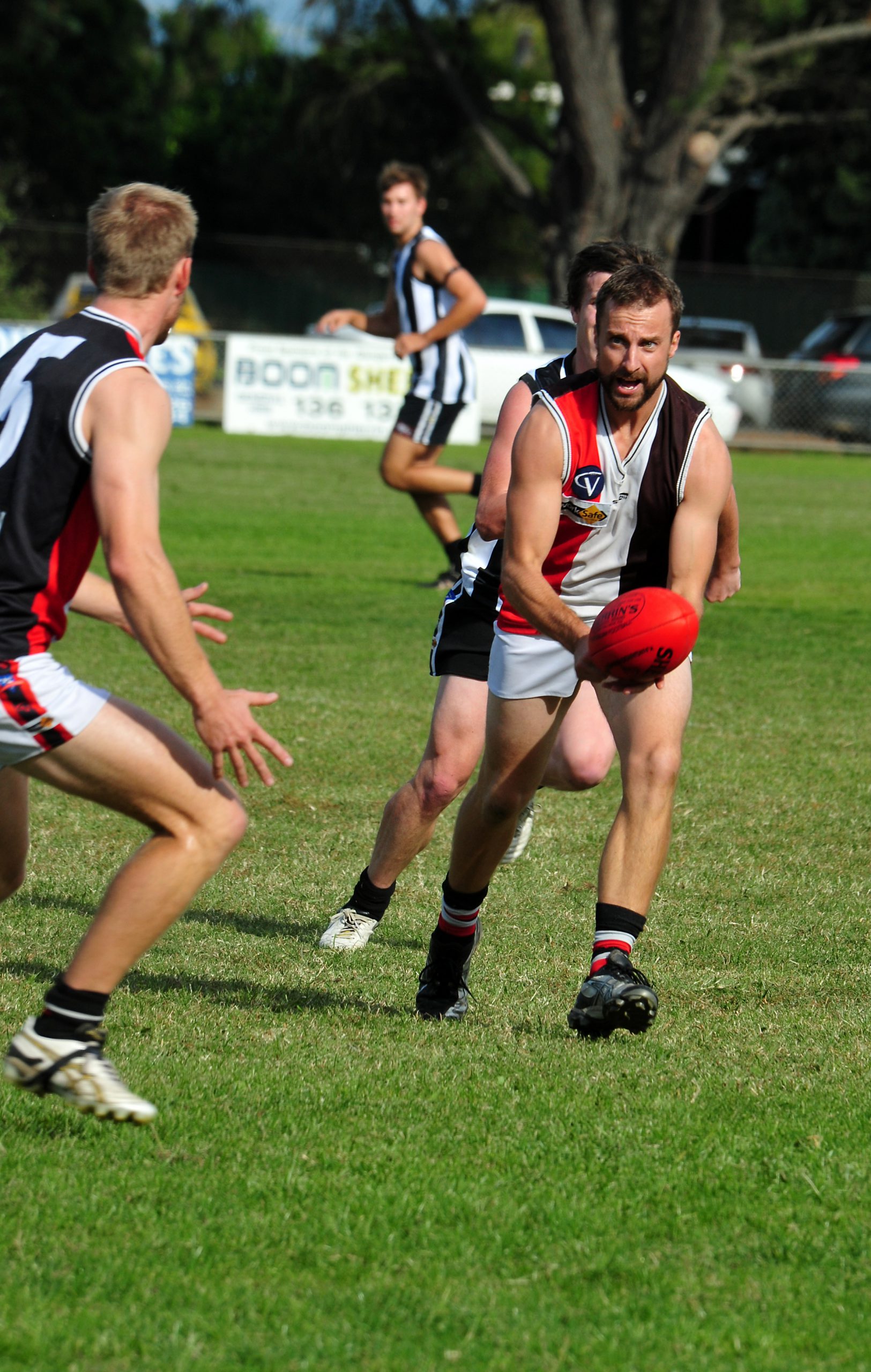 ONE ladder leader is set to drop a rung this weekend when table topper Woodside hosts fellow frontrunner Churchill in North Gippsland football.

The contest between big cats for the Lakes Oil Cup is gaining plenty of attention, and has been the sole focus of Wildcats coach Chris Pettitt.

“It sounds boring but we are just taking it week by week, we’re not looking beyond the next week and to be honest we are not looking at it (this game) as the match of the round,” Pettitt said.

A realistic Pettitt is ensuring his side does not get too far ahead of itself after impressive performances in the opening three rounds.

“We’re approaching and playing every game as though it is a big one,” Pettit said.

“We know where we are at; obviously I am pleased with the start we have made with every game a test so far for different reasons.

“We have come up against some very physical sides, while last Saturday we filled the void of having seven senior players out of the lineup which was a big test going into the game against Sale City.”

History is on Churchill’s side; several seasons have passed since the Wildcats last defeated the Cougars.

However the Cougars know that they can ill afford to be complacent against a home side keen to claim a big scalp.

“We had hoped to win a couple of early games and then go from there (so) to get off to three straight wins has been pleasing, but we also know that we have big games against the competition front runners such as Heyfield, Rosedale and Traralgon Tyers United still to come,” Pettit said.

“Our target is to knock over a few of the top sides, but we also know where we are at.”

TRARALGON Tyers United claimed a stirring victory when it comprehensively accounted for Rosedale in the Anzac Day clash under lights in round three.

Many have tipped the Bombers to be the big improvers in 2013, and that view was reinforced after convincing wins over Gormandale and Rosedale.

The side’s next big test will come in the form of long time foe and last year’s preliminary finalists, Glengarry, which is yet to find its way in the first month of competition.

Getting its season back on track with a morale boosting victory, Glengarry’s resolve will again be tested when it takes to the road to meet the Bombers.

Having contested a number of classic matches in recent seasons, Saturday will see the rivalry continue as both sides fight tooth and nail for the four points.

COWWARR premiership player Lee Cooper will don the red, black and white for his 250th senior game against Boisdale/Briagolong.

Cooper began his playing career with the Cowwarr Football Netball Club in 1998, and has been a regular senior player ever since.

A consistent performer for the Saints, Cooper has played the majority of his career on the ball and is renowned for his effective disposals.

Cool under pressure, Cooper will need to draw on his experience against the Bombers as the Saints aim to open their season ledger.

The Saints find themselves in a similar situation to the past two seasons after three rounds and will be confident they can turn their fortunes around.

Cooper’s milestone may be the spark they need to honour a club legend with victory over Boisdale/Briagolong.

The Bombers will have other ideas as they aim to crash the party.

FACING a rebounding Blues lineup is a daunting prospect for a Gormandale side, which remains a work in progress.

Following two tough weeks on the road the Tigers will return to their home turf to host Rosedale.

The winless Tigers need to desperately refocus with Saturday’s match shaping as a danger game for a team desperate to turn their disappointing 2012 form around.

Having shown glimpses of the Tigers of old this season, the home side will need to put together a strong four-quarter effort, which has eluded them to date, if they are to hold off a rebounding Blues outfit.

HEYFIELD highlighted the difference between the league’s top and bottom sides for the second consecutive week with a dominating 63-point win over Boisdale/Briagolong last Saturday.

The Kangaroos will need to up their tempo this week when they play host to last year’s preliminary final opponents, Sale City, which has endured an indifferent start to the season. After snatching victory in the season opener, the Dogs have fallen short over the past fortnight and know they will need to be at their best to topple the Kangaroos who have been a thorn in their side recently.