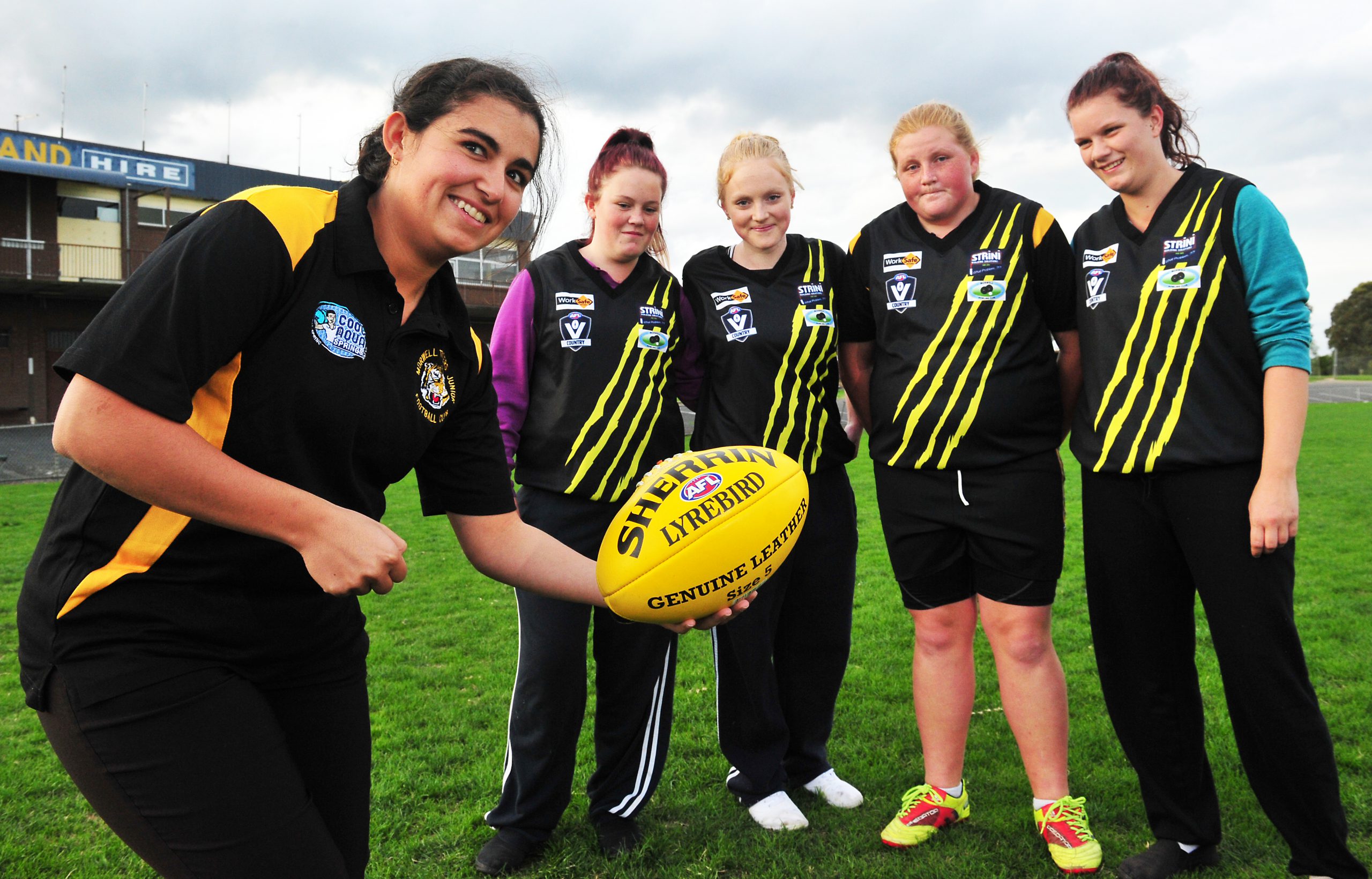 A girls only Australian Rules Football competition is on the verge of becoming a reality in Gippsland.

Australian Football League Victoria is leading the charge to establish a female youth competition for girls aged 13 to 18 years in the region, which is poised to come to fruition early next month.

Morwell, Warragul and Bairnsdale have confirmed their participation, with the likely inclusion of Traralgon set to expand the competition to four.

With similar competitions up and running in Ballarat, Bendigo, Swan Hill and Geelong, and Albury Wodonga and Shepparton soon to begin, AFL Victoria female development manager Chyloe Kurdas said there was a groundswell in the girls’ game with a participation increase of 117 per cent from 2011 to 2012.

“Female football is the fastest growing segment of our game, so we want to make sure we’re able to capture that growth and provide those opportunities not just in metropolitan Melbourne but all across country Victoria,” she said.

“There’s a very strong sporting culture in Gippsland and we want to make sure girls in Gippsland don’t miss out.”

Early club consultation indicated matches will be played on Sundays to avoid clashing with netball, with the inaugural season to run for six to 10 weeks.

The modified game structure requires 15 players per side, with clubs aiming for squads of about 20, but the numbers game will be malleable until the league is fully established.

The move comes as part of a bold vision for the future of the women’s game.

AFL Victoria is working towards establishing a Victorian Women’s Football League and state league by 2014, an under 18 female TAC Cup equivalent by 2016 and a national competition by 2020.

Kurdas said AFL Victoria research showed girls wanted an avenue to engage in club culture, but in their own space.

“They do want an all-female environment to actually play the game, but they want to be part of the footy club,” she said.

“They want to wear the jumper, go to training, be part of presentation nights and do all the things their brothers and their dads and their boyfriends do… but they want to play in and among girls.”

Morwell was one of the first clubs to come on board with the initiative, and already has about 10 players and a reputable coach in former Dandenong representative player Colleen Graham ready and raring to go.

With half a dozen girls currently competing in mixed junior competition at the club, including two captains of their respective teams, Morwell Tigers Junior Football Club president Steve Kilpatrick said the competition would be a welcome pathway for ongoing female participation.

“We’ve had girls come through junior competition and once they reach 14 they can’t play anymore and you lose them to other sports,” he said.

“We’re hoping that it takes off and gives girls an outlet to show their wares and skills at playing football.

“There’s a lot of girls out there that kick footballs around and don’t want to play because they (would be) playing against boys and this is an outlet for them.” Two Gippsland girls will take part in this weekend’s female national championships in Shepparton, and will feature in a formidable Bairnsdale side in the Gippsland competition.