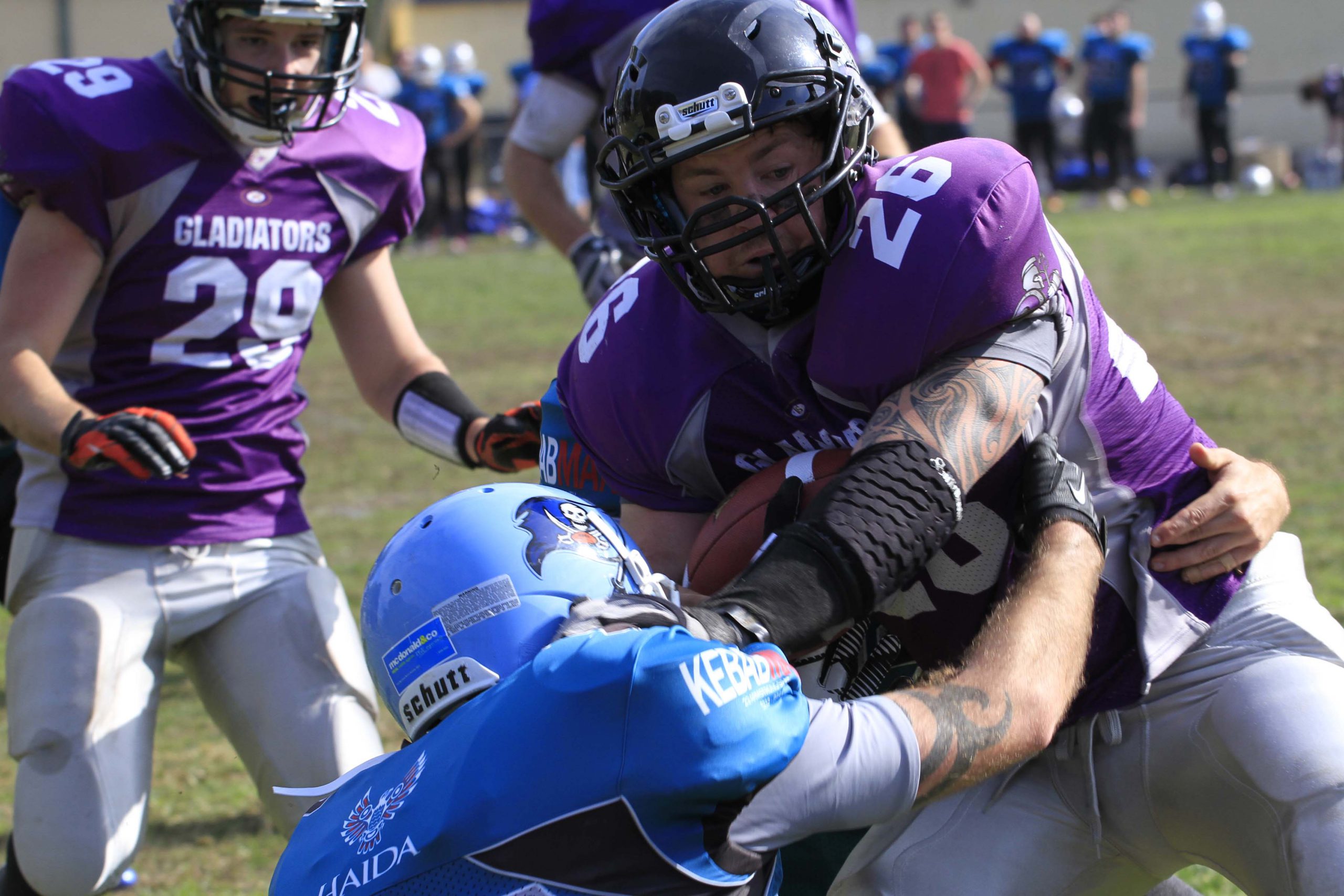 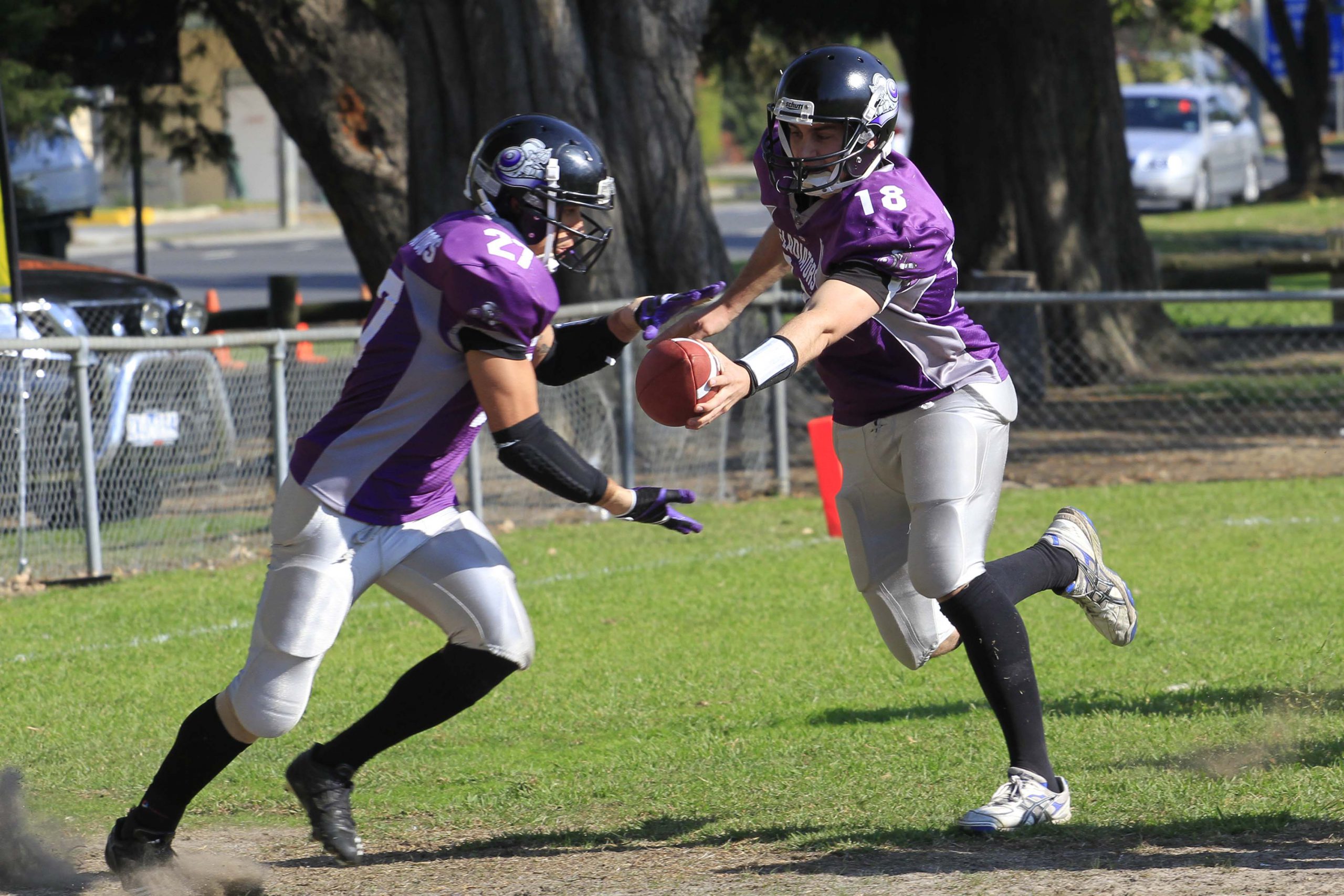 THE Gippsland Gladiators’ new playbook provided a fairytale start to its Gridiron Victoria American Football League division two campaign, when it accounted for newcomers Ballarat Falcons in Croydon at the weekend.

After a bye in round one the Gladiators were champing at the bit, but the Falcons were out in numbers with about 40 players on hand.

With clear blue skies and no wind to mention, the teams took the field in near perfect conditions for football.

After a few tentative plays both sides settled into their rhythm and the game gathered momentum.

The opening points belonged to Gladiators’ special teams; Chane Davidson returned a punt to the house for the first touchdown of the day.

With the point after touchdown secured by Paul Ballinger, the Gladiators led 7-0.

The Gladiators’ defence pinned Ballarat down and left the ball in excellent field position for its offensive unit to take over.

A missed PAT attempt saw the Gladiators take a 13-0 lead into half-time.

The first drive of the second half saw the Gladiators line plug the running lanes and deliver some big hits.

Both teams battled back and forth for most of the half making solid gains, but neither team was able to convert on the scoreboard.

With three minutes left, the Gladiators’ defence sniffed a shut out and stepped up another gear to halt the Ballarat offense inside its own 15-yard line and forced a punt.

In a huge play, defensive tackle Richard Kors found a hole in the Ballarat offensive line, smashed through and blocked the punt before picking up the loose ball to run in for a third and final Gladiators touchdown.

Hector converted the PAT for a final scoreline of 20-0.

This Saturday the Gladiators will travel to Reservoir to take on the Northern Raiders from 1.30pm.