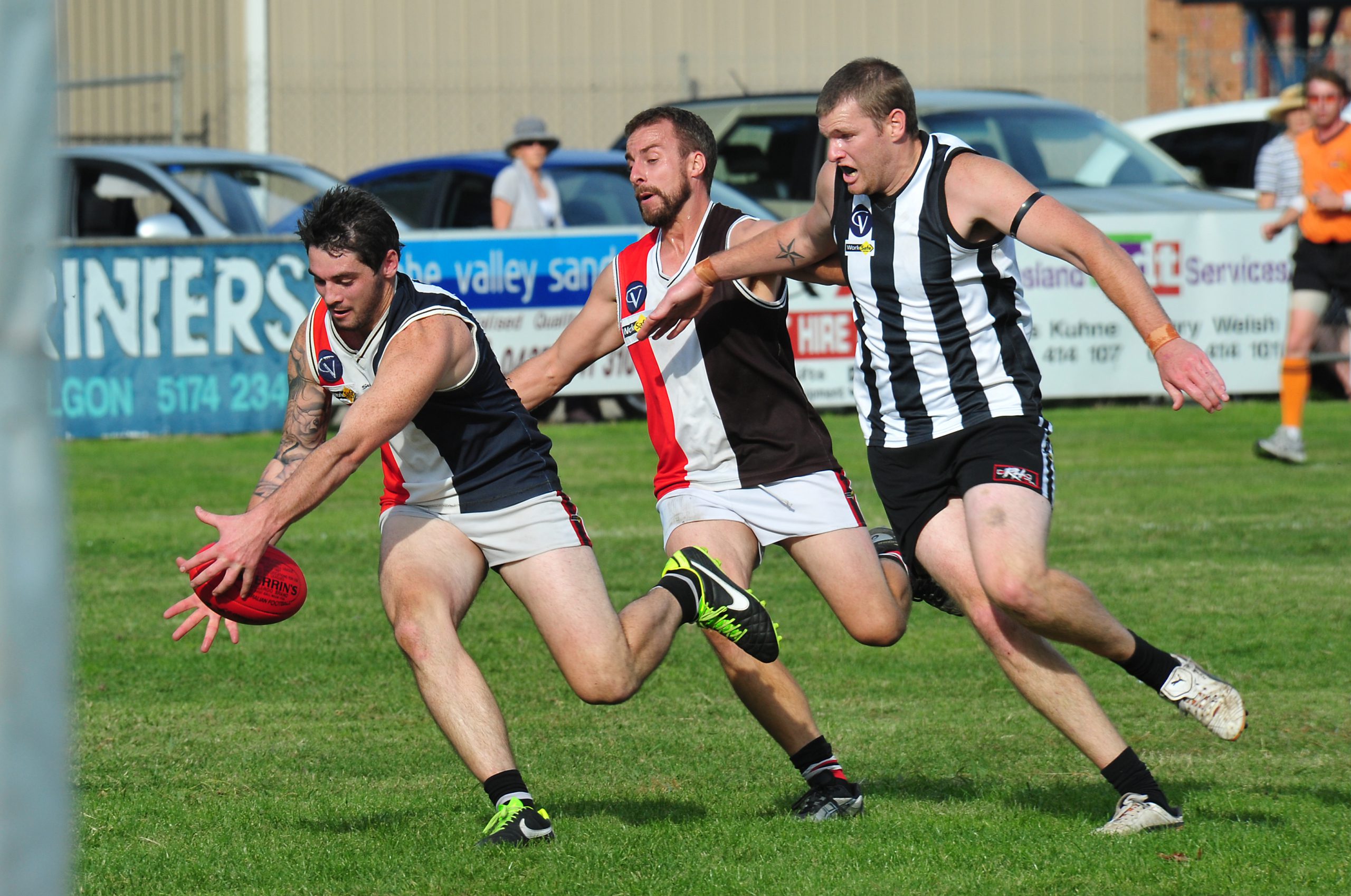 ROSEDALE took all before them in a fiery contest against long time nemesis Churchill on Saturday and will face more of the same when it hosts a rebounding Woodside outfit this weekend.

After dropping its first match for the season to Heyfield last round, a wounded Wildcats outfit is an unknown quantity.

Meeting their third top five contender in as many weeks, the Wildcats have not been daunted by the tough draw May poses.

Woodside’s first big tests against Churchill and reigning premiers Heyfield yielded a win and a loss and it now tackles an unpredictable Rosedale lineup in a match that could crystallise its season credentials.

The Blues have crushed opposition sides when the game has been in the balance, but have also demonstrated a somewhat inconsistent brand of football which has seen it pushed by lower ranked sides.

The stage is set for an enthralling contest which will see two strong midfield and ruck combinations pitted against one another.

At the opposite ends of the ground three of the competition’s top 12 leading goal scorers, in Woodside’s Justin Staley and Rosedale’s Andrew Flanagan and Brad Caldwell, will line up for a shoot out in front of goals.

AFTeR opening the season with three straight wins, Churchill will need to bounce back from a tumultuous fortnight following losses to two title contenders in the past two rounds.

The Cougars will return home to the wide open spaces of Gaskin Park to battle the Magpies with designs on holding on to a top five position.

The black and white army is struggling with injuries, causing havoc to an already unsettled lineup.

Glengarry’s season ambitions look bleak with the seasoned finalist stuck at the lower end of the premiership ladder standings.

Sitting in eighth place with just the one win from five hit outs, the Magpies have struggled to make their mark and must take the points in Saturday’s cut-throat clash to ensure they remain in the hunt.

THE Cowwarr Saints’ top five credentials will be tested when it hosts a red hot Heyfield line up.

The Saints did enough to gain maximum points in round five but will need to up the ante to compete with the competition’s number one ranked side.

Key forward Tim Johnston, who has kicked 15 goals in his last two outings, is likely to be guarded by former Saints now Kangaroos defender Scott Anderson.

The contest between the two midfields is likely to determine the end result; both sides boast impressive running brigades who can turn a game in a 15 minute blitz.

History dictates the Saints can go into the contest confident as the last side to knock Heyfield over at the end of last season.

IT was five weeks in the making but the rendition of the Gormandale song last Sunday afternoon has rarely been sung with such gusto after the Tigers opened its season account.

On Saturday the Tigers play host to Boisdale/Briagolong which also has one win in a log jam at the tail end of the ladder.

The Tiger and Bomber seasons are in the balance; a win would place them within reach of the top five and provide some breathing space from Sale City and Glengarry on four points.

A DOMINANT Traralgon Tyers United reminded competition followers of the difference between the top and bottom ranked sides in round five with an easy win over Boisdale/Briagolong.

As was the case last season, the Bombers have started the year strong and remain on course to match their 2012 win-loss ledger at the halfway mark in 2013.

In contrast, Sale City is far from emulating that statistic.

The young pups were outmuscled in the final term against Cowwarr following a spirited fight back.

With just the one win to date, the Dogs need to cause an upset and will not find it easy against the Bombers.

On current form it is hard to look past the second placed Bombers who last Saturday confirmed to the football world that they will certainly push deep into September action.