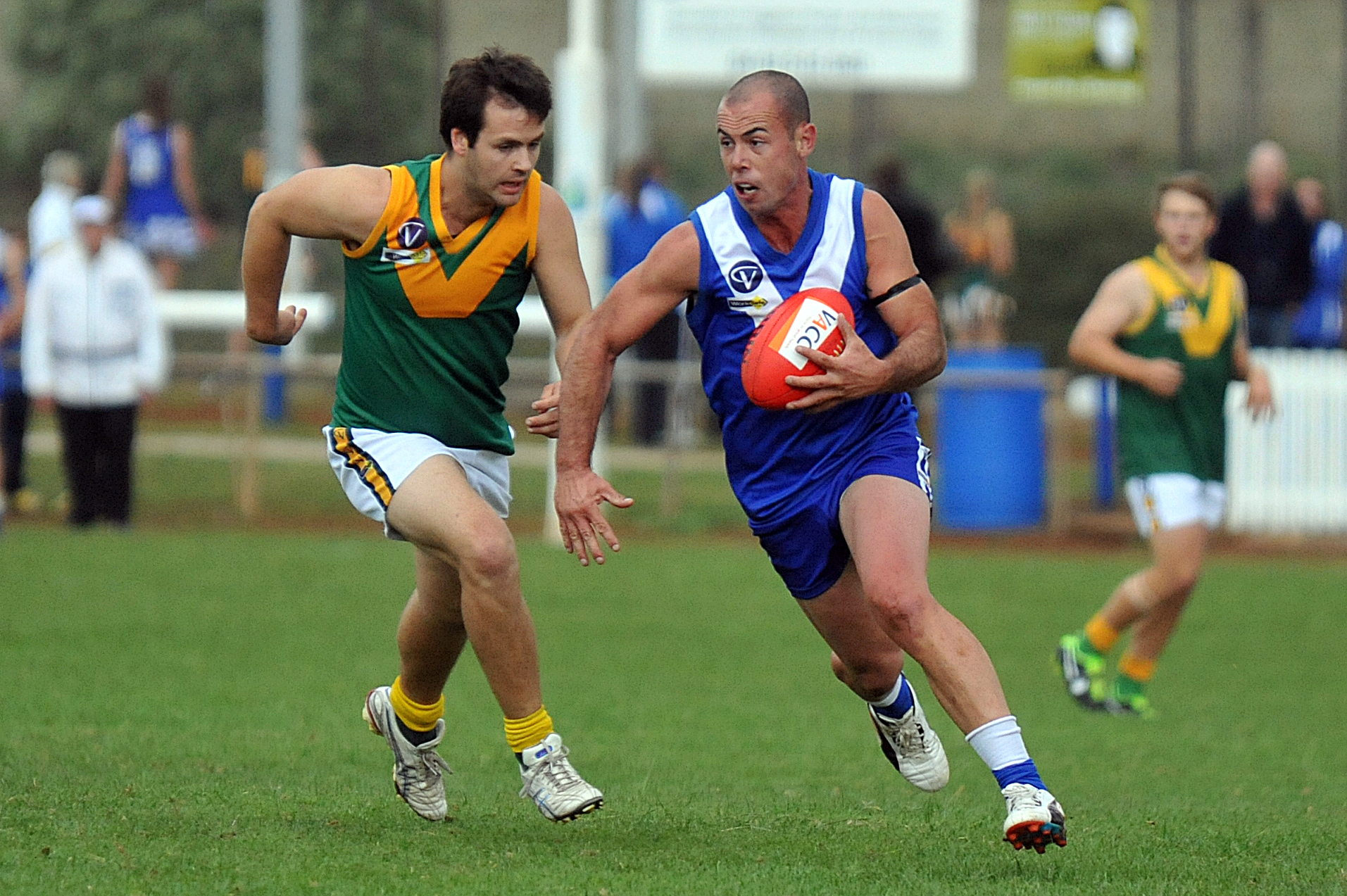 REGARDLESS of the final result in Mid Gippsland’s Worksafe Country Championships clash against Picola North West, one thing will live long in the memory of each and every player who takes the field.

Mid Gippsland’s interleague squad of 25 will join a select group of Australian Football League elite to have played at Visy Park, the home of Carlton Football Club, on Sunday when they playoff for 29th on the Victoria country rankings.

“When they look back when they finish their careers, these blokes can say they’ve played there.”

The side, which was announced earlier this week, has a strong emphasis on youth and speed in the absence of out and out talls.

Trafalgar coach Chris Kyriacou was named captain alongside five of his clubmates, with a spate of fresh faces bringing plenty of spark to the line-up.

“I’ve got one 30 year-old I think and the rest are just young and fast,” Burgess said.

“There’s some reasonably good sized (players) but I haven’t got any real talls, that’s why I’ve gone with the speed.”

With designs on playing “corridor footy” and “keeping it simple”, Mid Gippsland will have its work cut out should Jerilderie star forward Aaron Purcell take the field for Picola.

Purcell booted 25 goals in a 301-point win over Yarroweyah at the weekend, and has a personal tally of 92 goals in seven games so far in 2013.

The challenge, however, would be welcome according to Burgess.

“I just want them all to enjoy the experience and take the next step, the step up in standard… they can test their skills at a higher level,” he said.

“It’s a pretty balanced team and adaptable, and anything can happen in these games.”

With three weeks of squad training under their belts, Burgess said the team had gelled together well throughout the month.

“They’ve got to get to know each, that’s what we’ve been working on… after three weeks it’s good now, their voices get louder each week because they know each other better,” he said.

“They’re all good players and they’ve all got good skills so hopefully we can have a good possession game.”

The clash is the only Country Championships match scheduled for Sunday, and starts at 2pm.

? The Gippsland League representative side will tackle Yarra Valley in the ninth/10th playoff at Ted Summerton Reserve, Moe on Saturday from 2pm.