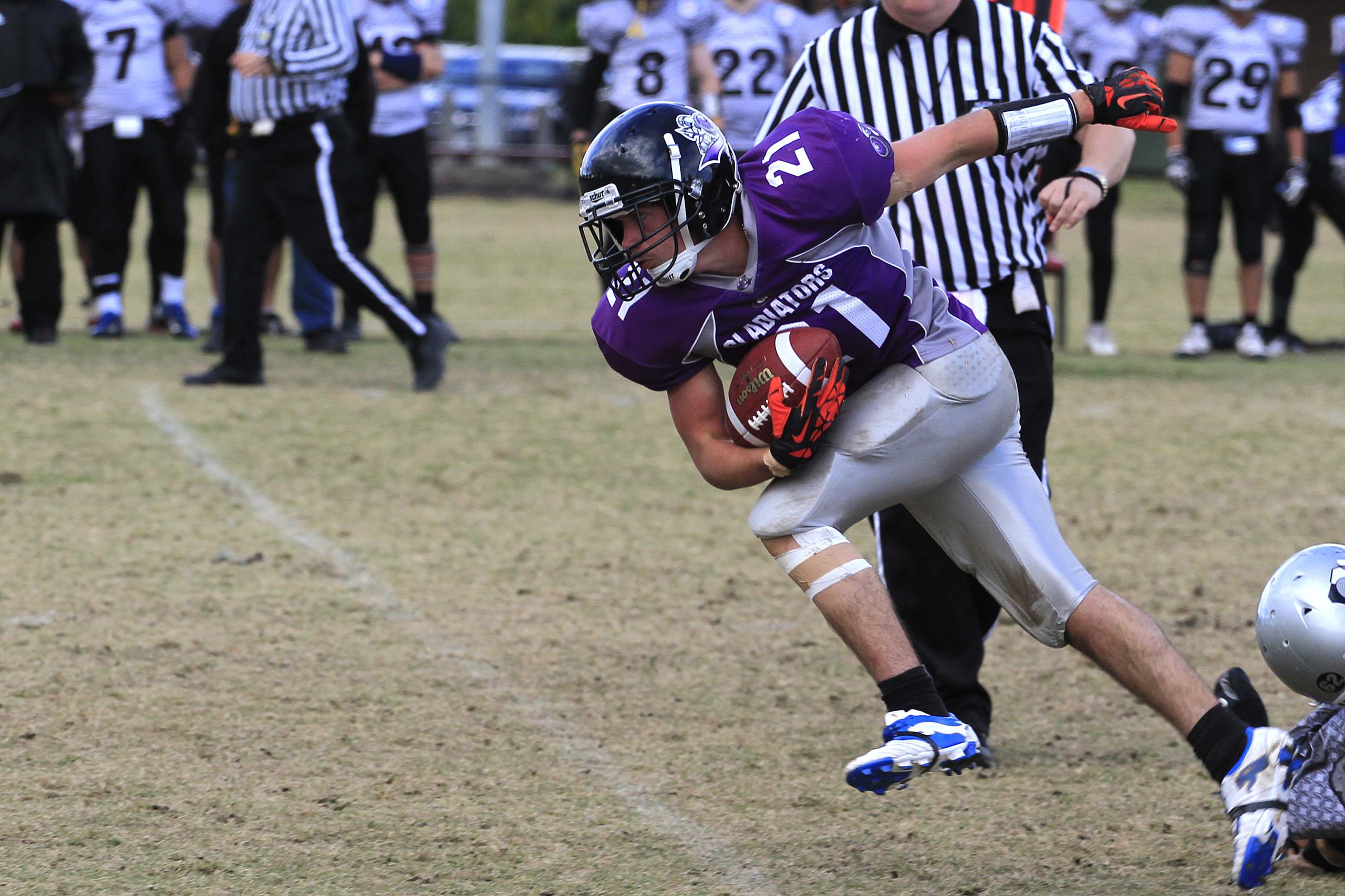 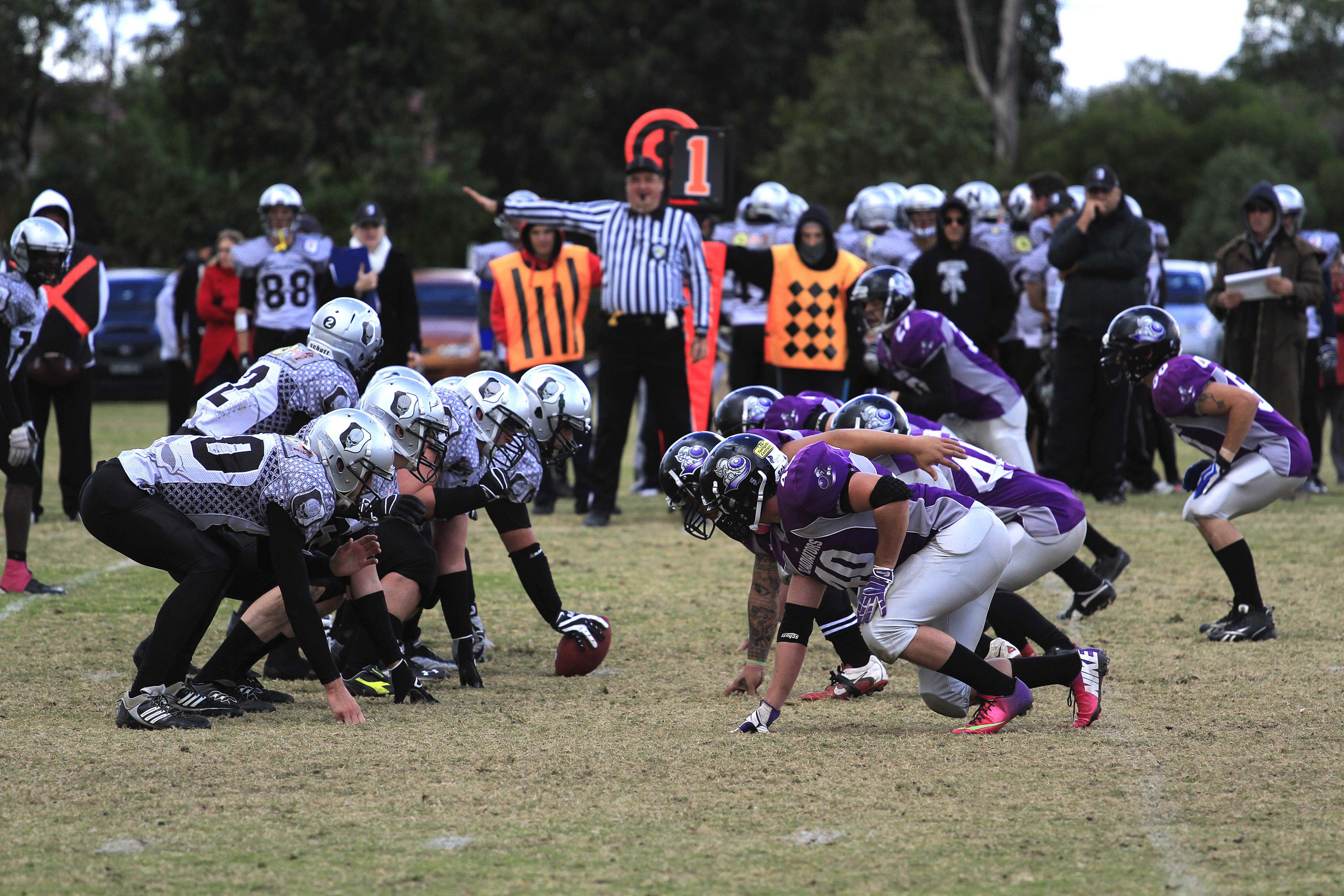 The matchup has traditionally produced tight battles and this clash was no different as both teams plunged headfirst into a tough, defensive contest.

Neither offensive unit was able to move chains with any real success in the first half.

The Gladiators’ defence, led by co-captain Chane Davidson, held the line and stopped the Raiders’ repeated efforts to break through.

On the other side of the coin the offense, marshalled by quarterback AJ Hector, struggled to make ground running or passing.

The first score came in the dying moments of the half when the Raiders defence forced a safety after an errant long snap failed to hit the punter and was fumbled over the end zone.

As a result the Raiders took a 2-0 lead into the half.

Clear skies gave way to typical Victorian weather in the second half as rain became a factor.

The Gladiators’ offensive unit took to the field with renewed pluck and despite several big gains, with runs provided by Chris Atwater, failed to apply scoreboard pressure.

The Gladiators’ passing game was then torn apart by the Raiders defence, resulting in numerous interceptions, forcing the Gladiators’ defensive unit into prolonged action.

Despite this, the Raiders forced the Gladiators back to within five yards of their own end zone.

The Raiders broke up a pitch play with a tackle in their end zone to post a second safety and establish a 4-0 lead.

After another intercept by the Raiders, an exhausted Gladiators defence took to the field again.

With linebackers Paul Fotheringham and Paul Ballinger making some huge hits, the Raiders were held up and forced to punt.

The Gladiators’ impregnable wall was finally broken down when a Raiders’ assisted quarterback sneak secured the only touchdown for the game with less than two minutes left on the clock.

A failed point after touchdown attempt saw the Raiders win 10-0.

The Gladiators will host their first home game for the season at Maryvale Recreation Reserve on Sunday against Bendigo Dragons.

Kick off is at 1.30pm. For more information visit www.gippslandgladiators.com.au or visit the Facebook page www.facebook.com/GippslandGladiators