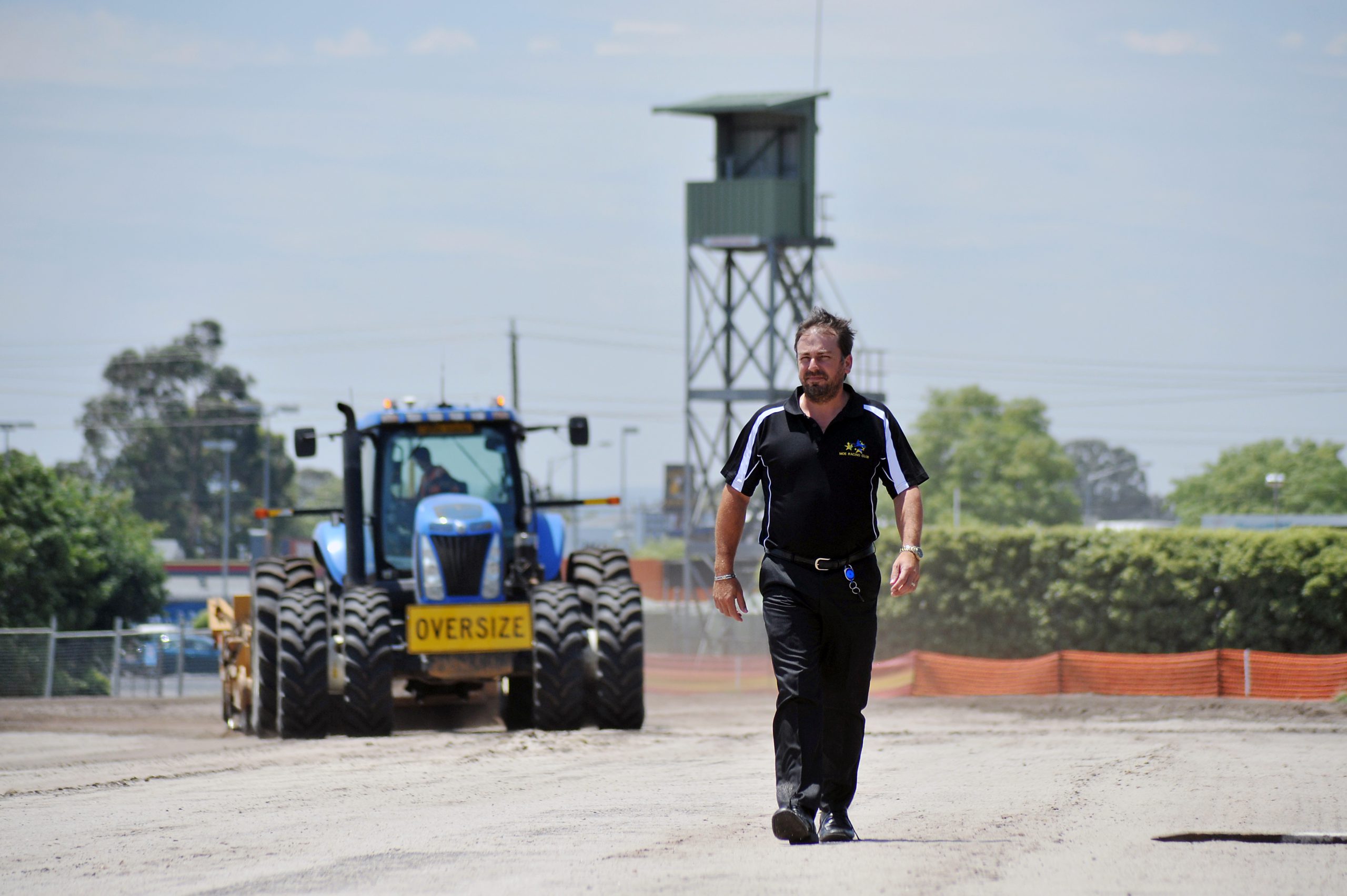 THE announcement of a multimillion dollar all weather-synthetic racing track to be built in Pakenham has been welcomed by Moe Racecourse chief executive David McKinnon.

Moe Racecourse is in the midst of its own redevelopment to establish an all-weather turf surface, but McKinnon said he did not see the future Pakenham venue as a competitor for attracting race meetings and events relocated due to rain.

The Tynong-based track, part of a $70 million, 246 hectare racecourse development project, which received a $9 million State Government boost from Premier and Racing Minister Denis Napthine last week, is expected to host about 16 race days per year in addition to 24 on its turf track and transferred meetings.

McKinnon believes the facility would be a major boost for racing in Victoria and would not pose a threat to Moe’s claim for moved meetings, of which there have been about 50 in Victoria over the past three years.

“I don’t anticipate that it will affect us… we expect the (racing) industry will be using us as well for transferred meets,” McKinnon said.

“Due to the nature of grass tracks around the state over the last three or four years they’ve lost a substantial number of race meetings, which costs the industry a lot of money so consequently they want to make sure they have another transfer venue.

“It will provide an extra resource for trainers out the eastern side of the state, especially out this way, and I think it will certainly compliment racing in the area.”

McKinnon said Moe would be capable of accommodating about 10 transferred meetings per year and, as a turf surface, would receive preference from trainers and the industry alike over synthetic venues for adopting rain affected meetings.

He also expected local stables and trainers to benefit from the increase to racing opportunities in the east of the state, both in Moe and Tynong.

“A lot of race meetings that would have been transferred to Geelong will now stay this side of Melbourne and possibly some from up north or interstate will come this way too,” he said.

“I think it’s a good thing for racing overall.”

The State Government is providing $3 million towards the installation of the synthetic racetrack through its Victorian Racing Industry Fund, with Pakenham Racing Club contributing $4.5 million and Racing Victoria and Country Racing Victoria providing $1.5 million.

The synthetic track will be created alongside a premium turf surface, which is already under construction.

Racing is expected to start at the new facility in September 2014, while racing on the synthetic track is likely for the 2015-16 season.

McKinnon said the Moe Racecourse had been free of vandalism in recent weeks following a series of incidents of damage, and that the track development was on schedule for its end of June completion.