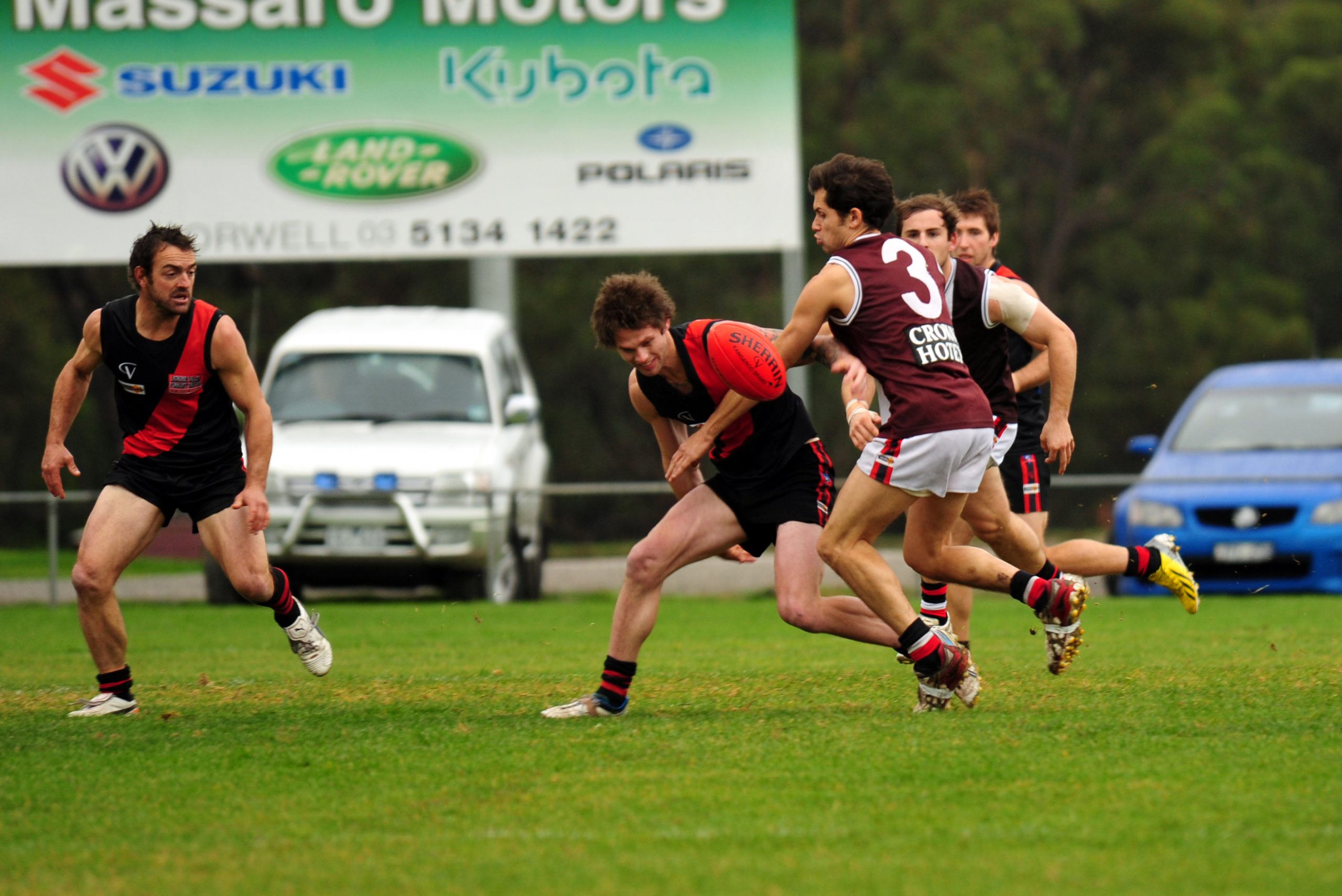 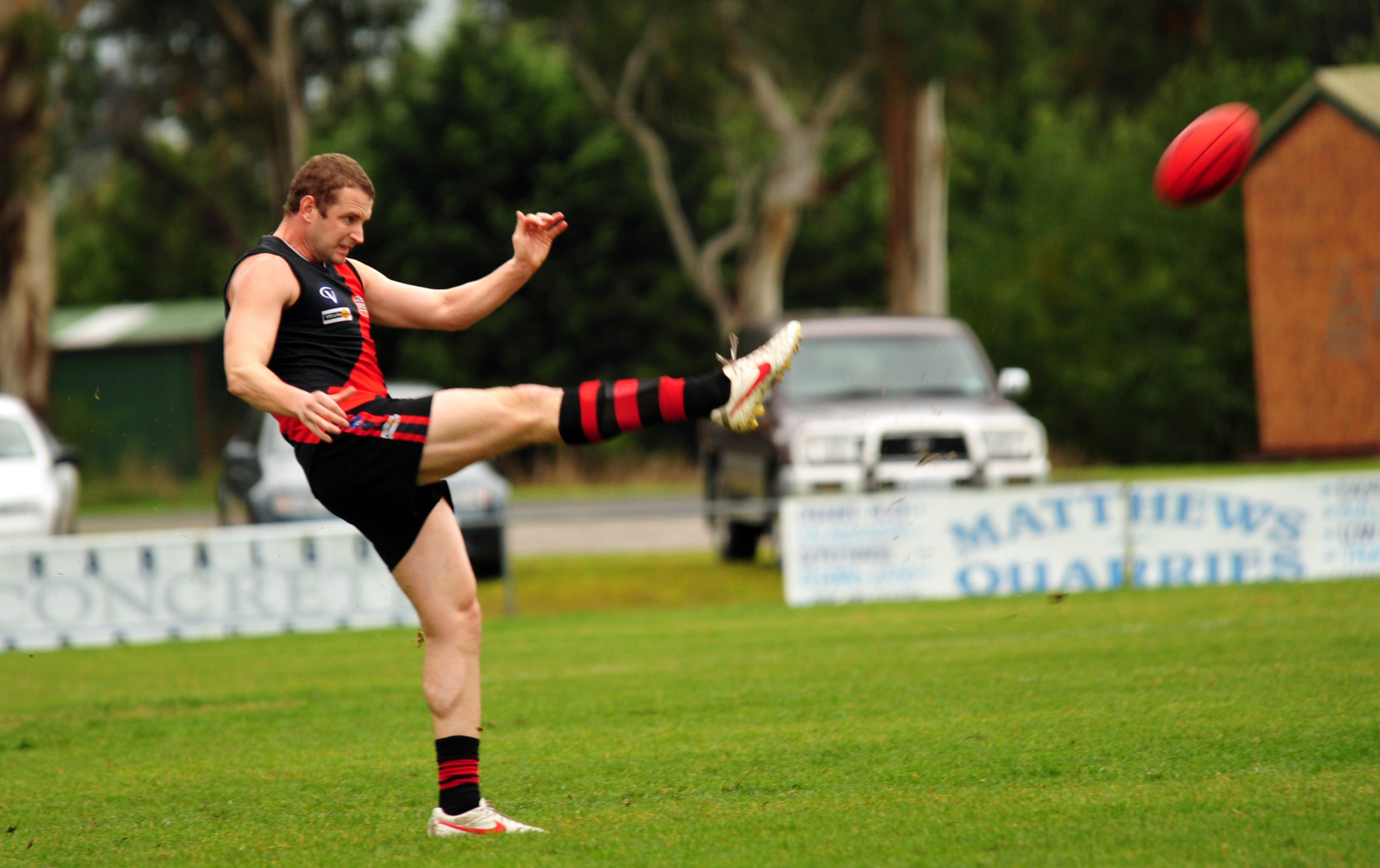 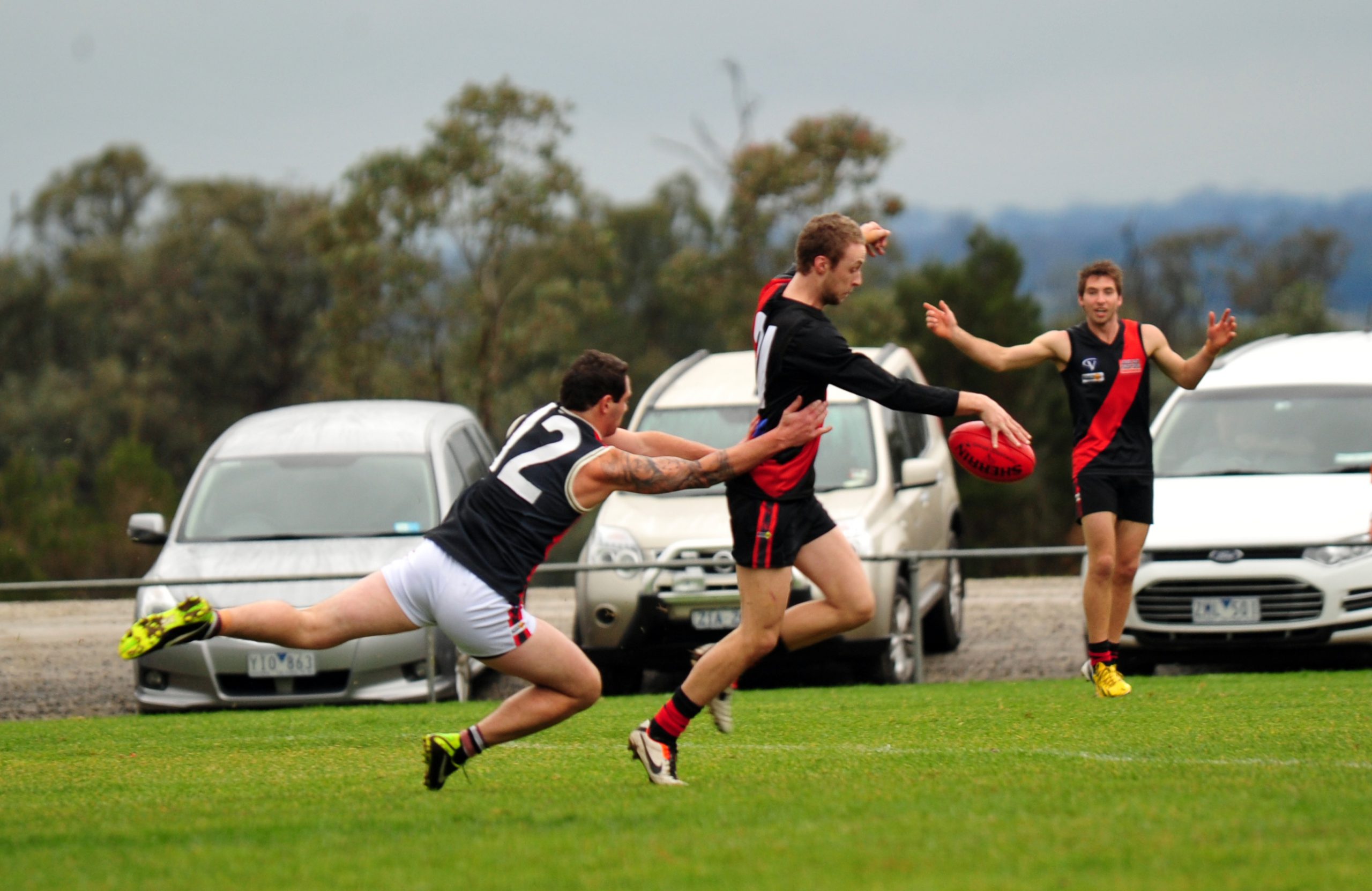 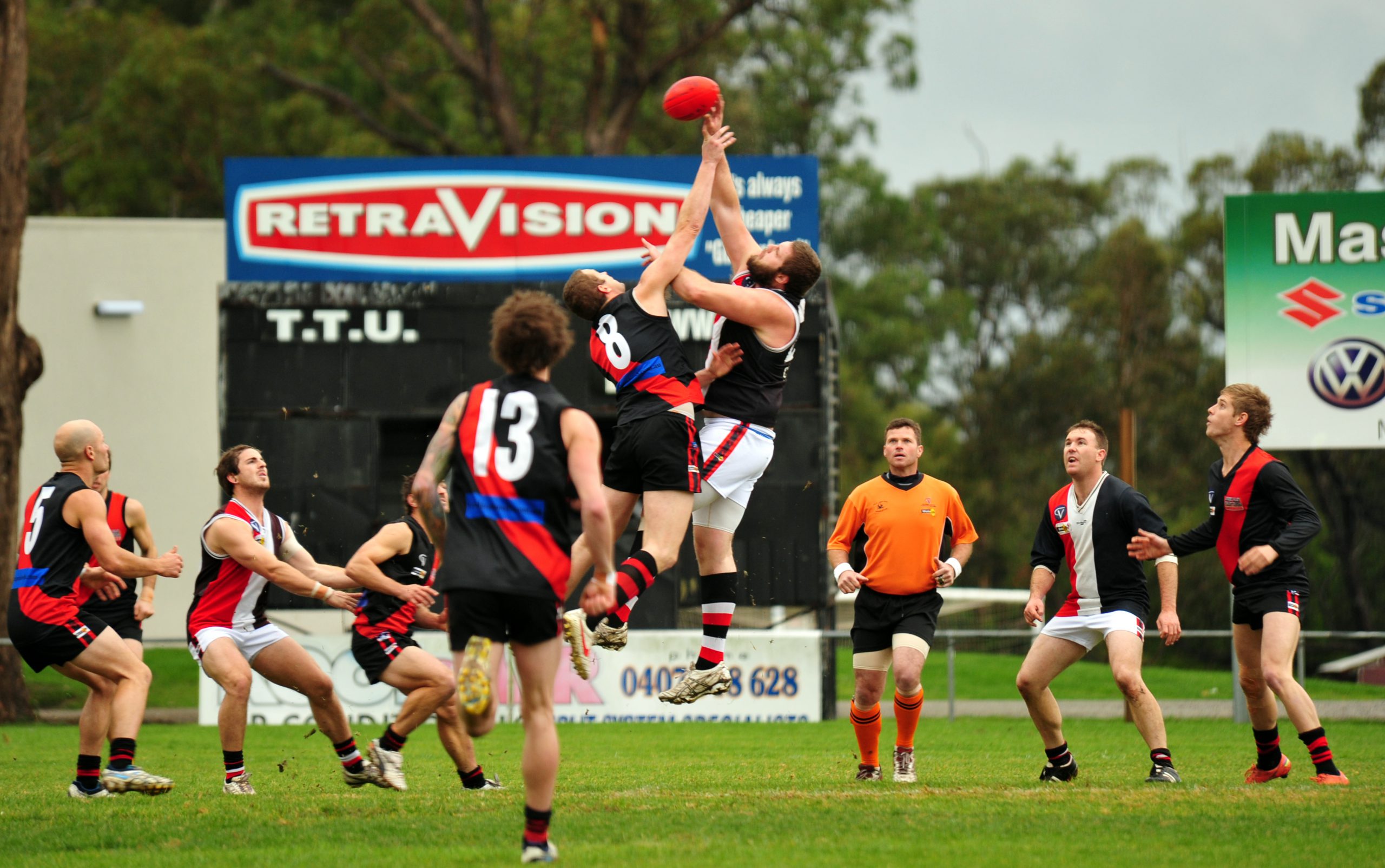 CHURCHILL led from the outset in its round eight North Gippsland football match against Sale City, with the result never in doubt after an explosive Cougars first quarter at Gaskin Park.

Led by Joey Whykes in a stellar best on ground performance in the forward line, the Cougars were sublime from start to finish.

A number of key Cougars continued their solid form of the past month.

Forward Brendan Holt provided headaches for Dogs’ defender Tim Dimarco, who worked hard but had no answer to his opponent’s run, aerial presence and poise in front of goal which saw the Cougar bag a haul of seven.

Whykes finished the match with eight, Travis Brighton tormented several opponents in a standout performance, and Chris Williams set up a number of goals.

The margin could have been far greater than the 27.13 (175) to 5.14 (44) final scoreline, given the Cougars wasted a number of opportunities in the opening term with countless inside 50s, but they still bagged nine before quarter-time.

Nathan Osborne got the Cougars on the board in the opening minutes before a missed shot at goal by Whykes put the Dogs defenders under immense pressure.

Holt made amends for an earlier miss when a Brad Knowles’ kick found him within scoring range, and he duly kicked true.

It was followed by six straight Cougar goals with Whykes and Chris Burke finishing the quarter in style.

City’s Nick Grainger stabbed at goal before the Cougars answered from the following centre bounce as they had all day.

It was a more competitive Dogs lineup in the second term and, while they spent more time in their forward 50, the visitors peppered away at the goals without luck to score 1.8 (14) for the term.

A snap shot at goal around the body from outside 30 metres by Whykes was the highlight of the second term as the Cougars skipped away to a 66-point lead.

The Cougars turned a bad day into a miserable one for Sale City as the goals continued to flow, with a further 10 blowing the lead out to 113.

The Whykes and Holt highlight reel continued in the final term as the Dogs succumbed by 131.

Renowned for their slow season starts, the Saints proved too slick for the second-placed Bombers, laying the foundation for an eight-goal win with a 10-goal-to-five opening half before the floodgates opened.

The match was evenly poised at the first change; both sides’ desperation at the ball was evident as the Saints took an 18-point lead at the break.

The Saints were never headed after the break, led by best on ground Jordon Bourke in the midfield, Brett Street and goal sneak Robbie Ferguson.

The contest was all but over by three-quarter-time with Cowwarr doubling the home side’s score.

Tim Johnston finished the match with four majors to take his season tally to 39, seven ahead of the competition’s next highest goal scorer Justin Staley.

INACCURACY prevented ladder leaders Heyfield from dominating the contest against Gormandale, but the premiers did enough to win 12.19 (91) to 7.7 (49).

It was far from one-way traffic throughout the contest, but the Tigers failed to score a major in a costly second term as the Kangaroos established a handy 34-point half-time buffer.

In cold damp conditions the Kangaroos gradually built their lead to register their seventh straight victory, although it was far from convincing.

GLENGARRY notched consecutive wins for the first time this season with a 13-goal drubbing of fourth-placed Woodside.

The victory was the first back-to-back effort for the Magpies since round 14 last season when they won their final five matches.

The Wildcats stumbled in the face of the Blues’ superior structure.

Led by Nic Rutter, Andrew Flannigan and Chris Graham, who returned to the lineup from injury, the side boasted plenty of ammunition in front of goal and quickly flattened the Boisdale/Briagolong challenge.

Leading by 31 points at the first change the Blues increased the margin at each break.

The buffer was 57 at half-time and 62 at the final change, which grew to 11 goals by the final siren.

Reigning premiers Churchill appear poised to make it a clean sweep in the opening half of the fixture following their 36-goal victory over bottom of the table Sale City.

Cowwarr took it up to their higher ranked opponents TTU, with the Bombers holding on in a nail biting two goal win 39-37.

Rosedale made easy pickings of Boisdale/Briagolong winning 59-19, with Woodside sealing their fifth win in a comfortable 53-37 victory.