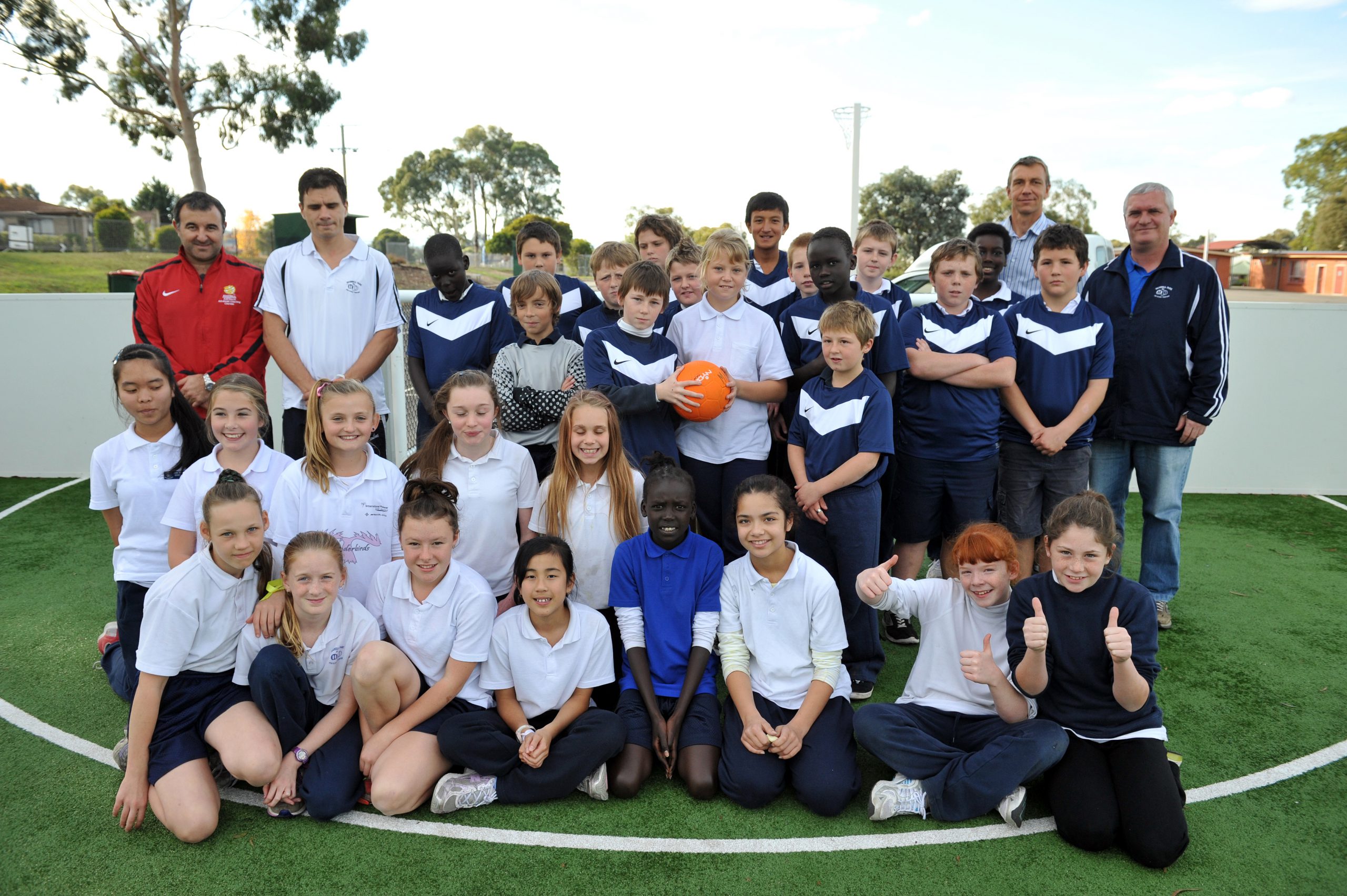 Cassar said the development day was part of a broader push to increase female participation levels in club football, particularly at junior level.

“We’re hoping to run more activities and clinics focusing on girls basically to help girls engage in the sport to start with, then bridge the gap between schoolyard into clubs,” Cassar said.

“Girls at that age… are as skilful and talented as boys in the same age group.”

The girls’ session was preceded by a jersey presentation for the school’s representative soccer teams, which was worn by the boys’ side in a gala day last Friday.

“I’ve known these boys since I’ve been at the school and I’ve seen them go out on the soccer field with second hand footy jumpers… I just want them to get a bit of pride in the team and their school,” Stewart said.

“A lot of these girls play netball but they’re very good athletes so if a couple of them get converted that would be great, but it’s all about participating in the sport.

“I think they’ve (all) got genuine passion for it… they’re always asking ‘can we come out here’ (to the street soccer pitch).”

Stewart said he hoped Gippsland clubs would follow Cassar’s lead in targeting primary age children to get involved with soccer.