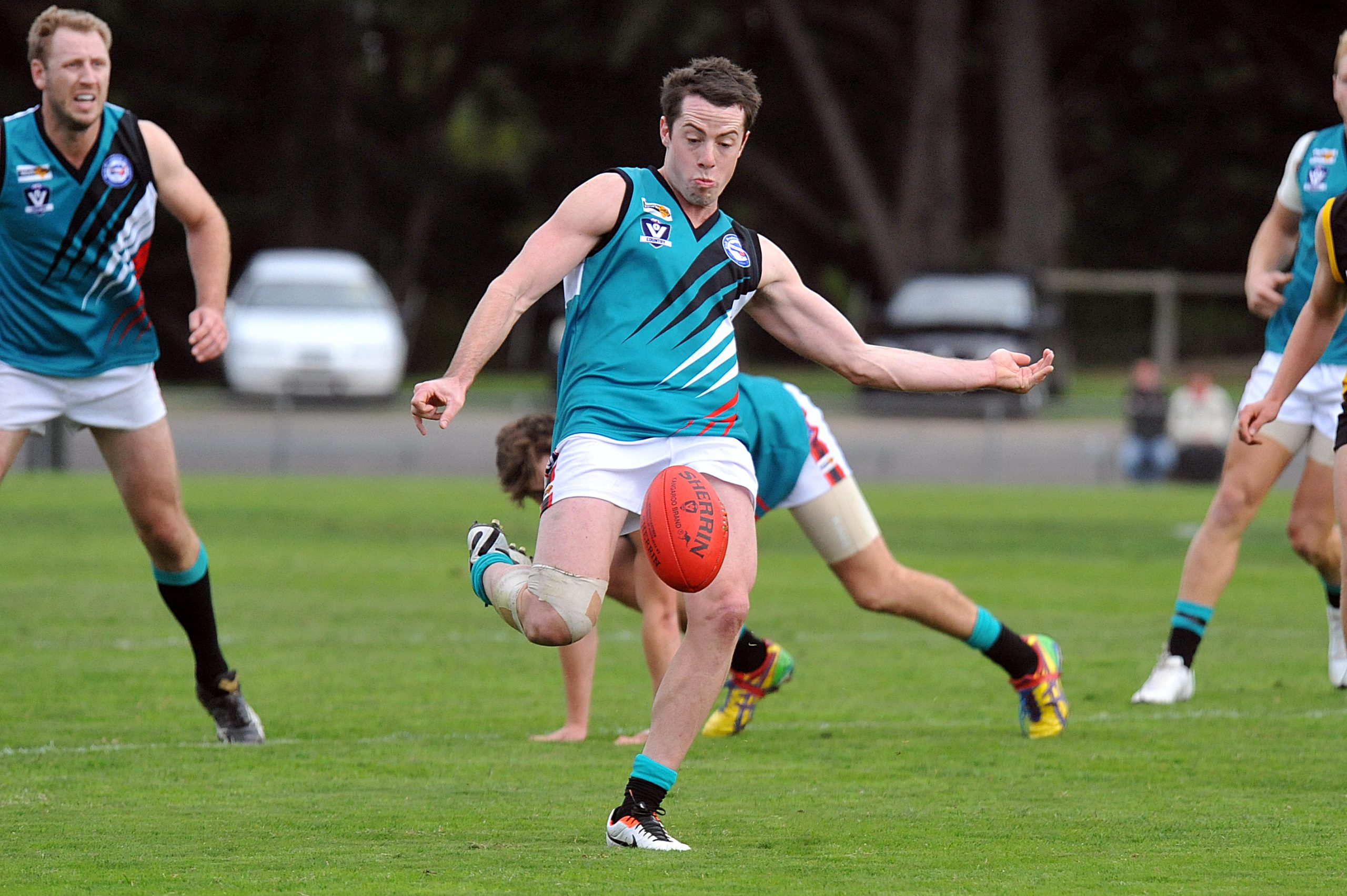 THE only undefeated side in the Gippsland League, Morwell, is sitting comfortably at the top of the ladder, a game clear of reigning premier Sale which suffered its first loss in 20 matches to fierce rival Maffra.

The Tigers’ win over Leongatha made it seven straight for the club and left it as the only undefeated side in the competition.

Morwell got off to a good start booting five goals to Leongatha’s one in the opening term.

“Starting well has been a big focus point for us, we have been really good over the past three or four weeks with our starts,” coach Harmit Singh said.

The Tigers kicked three goals to the Parrots’ two in the second but the scoreboard was not reflective of Morwell’s dominance.

“We had plenty of inside 50s but we weren’t able to convert that onto the scoreboard,” Singh said.

The Tigers led by 33 points after an inaccurate third term, before it was forced to fight off a fourth quarter comeback from the home team. “We were beaten at clearances, they moved the ball quickly, they played really well; they were good however we responded and played smarter especially in the last 10 minutes” Singh said.

The Tigers weathered the late storm and held on to win by 10 points.

The win takes Morwell’s streak to seven, a huge improvement on last year when the Tigers won just nine games for the entire season.

“We think the boys were capable, they are a good side (we) just need to continue to work on a few things .. we still need to improve a lot to be up there with the best sides in the competition,” Singh said.

MAFFRA recovered from a slow start to break Sale’s 20-game winning streak in front of a big home crowd yesterday.

The Magpies led by 14 points after a wayward opening term which saw the visitor kick two goals and eight behinds to Maffra’s lone goal.

The Eagles stole the lead in the second booting five goals to two, to lead by three points at the main change.

The home team picked up where it left off in the third.

It won another quarter against the in form Magpies and went into the last change 15 points up.

However it proved too little too late for the previously undefeated premier which fell seven points short of its 21st straight victory.

It was a big day for two of the competition’s key forwards; Eagle Darren Sheen booted five while Magpie Mitch Davis finished the game with a bag of four.

MOE came agonizingly close to its first victory of the year, falling just two points short of Warragul at home on Saturday.

With a two-goal-to-nil first term, Warragul looked to be well on its way.

Despite some missed opportunities at goal, Moe came back to win the second quarter and be within just five points of the Gulls at the main change.

The margin was the same after a low scoring third term.

Inaccuracy cost Moe in the last.

As in the second term, Moe had its chances early in the fourth quarter but missed some easy opportunities.

The Lions booted a disappointing one goal seven to fall two points short.

The win saw Warragul move into sixth on the ladder, a game clear of Leongatha.

SIX goals from forward Dan McKenna helped Traralgon to a much needed win over Drouin.

The win saw the Maroons hold on to its spot in the top five.

Traralgon burst out of the blocks with seven unanswered goals in the first.

It continued its dominance in the second to stretch its lead out to 63 points at the half.

By three-quarter-time that lead was out to 90 points after its opponent managed just the one major.

The Hawks produced its best performance for the day in the last quarter, however the home team was no match for the Maroons who ran out a 89-point winner.

McKenna booted six and Lee Stockdale four however it was Michael Geary, who added three majors, named best on ground.

WONTHAGGI holds the all-important third spot on the Gippsland League ladder after its 38-point win on the road against Bairnsdale, its fifth for the season.

The Power led the Redlegs by just two points after a tightly contested first term.

The visitor broke away in the second.

A six-goal-to-two second term saw Wonthaggi’s lead out to 28 points at the half.

The home team was held goalless in a low scoring third quarter and its woes continued in the last.

Bairnsdale managed just one goal in the second half to post its fifth loss for the season.

The Redlegs now sit eighth on the ladder, ahead of Drouin and Moe.