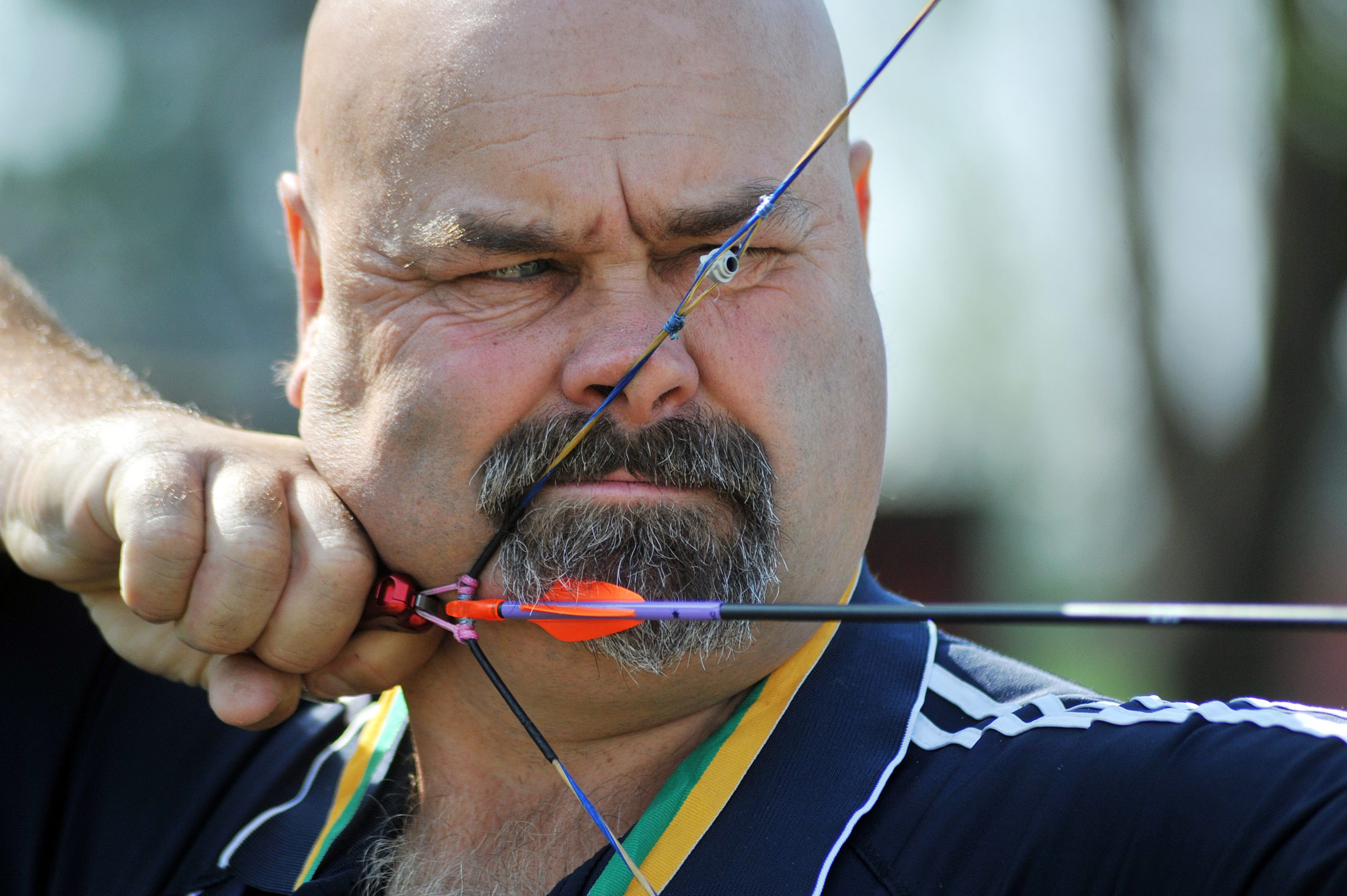 TWIN City Archers continued its unrelenting success at the state clout championships, shot over 180 metres in Waverley late last month, where four of its members made the medals.

Peter Bennett extended his winning streak in the open male clout with a fourth consecutive title, following on from his third straight gold at the nationals in March.

In his debut state clout tournament, Twin City newcomer Stuart Hall joined Bennett on the podium in second place, completing a one-two for the Morwell-based club.

Hall clung to silver by a single point, a feat club stalwart Bennett praised as exceptional given the up and coming archer had only been shooting for a matter of months.

“That was his first major tournament; we spent about a week earlier just going over form and how to shoot the clout and he shot pretty well,” Bennett said.

Bennett scored 318 and 330 out of 360 over the two rounds of 36 arrows, and said incremental winds played havoc with archers throughout the competition.

“It was a cold wind and a tricky wind (which was) variable; over 180m it can affect it (the arrow) quite a bit,” Bennett said.

“You had to work on each arrow and see how each arrow flew to see how to shoot the next one.”

Bennett said there was added pressure to continue his streak given he was also current Australian champion.

Chasing a sixth consecutive veterans over 70s victory, Merv Grinstead fell just short to finish in second, but vowed to regain the title next year.

Viv Bennett was victorious in the female masters clout, shot over 165m.

Peter (open), Viv (masters), Grinstead (over 70) and Sari McInnes (cub girls compound) were all announced as gold medal recipients for the 2012 Field Grand Prix, an annual six round competition, at the 26 May shoot.

The club will now turn its attention to the State and Archery Australia National Indoor Championships in July and will host a round of the 2013 Field Grand Prix in September.