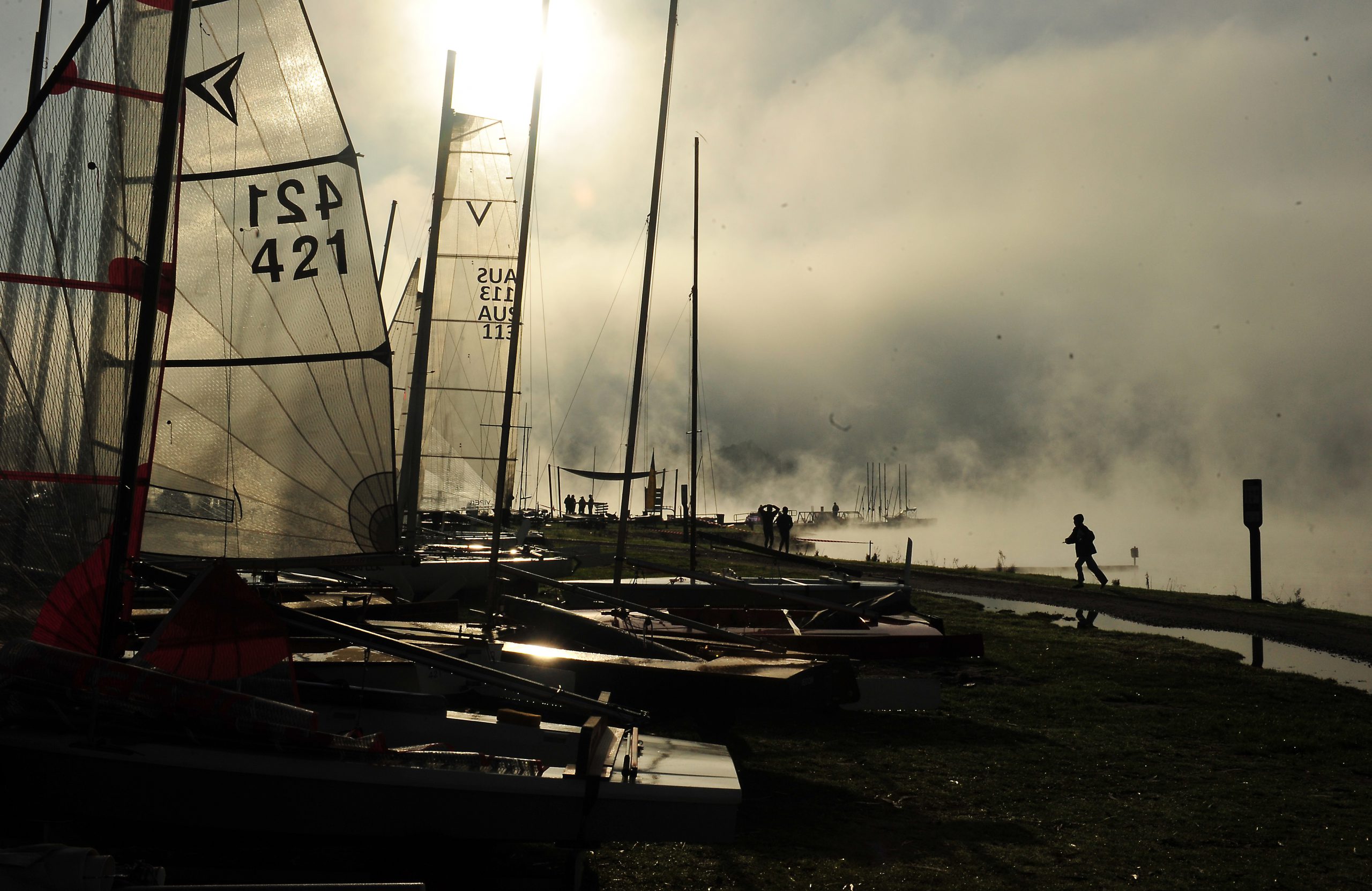 THE masts of 130 yachts pierced the steamy haze of the Hazelwood Pondage over the weekend during the 2013 Latrobe City Sauna Sail.

About 450 people from across the country converged on the Latrobe Valley to compete across 11 divisions, with access dinghy classes allowing sailors with a disability to take part.

The Bairnsdale sailor skippered ‘Thrice Bitten’ to the series win over five races alongside crew ‘Casper the Ghost’.

LVYC spokesperson Bruce James said the highlight of the weekend was the eclectic demographic of the field.

“We had lots of people of different abilities, older people, people with disabilities all sailing together and competing as one,” he said.

“Everyone had a great time; it was a bit light on the breeze but it was enough to keep them going.”

James said it was encouraging to see many sailors returning year in, year out for the Valley’s signature sailing series, which has run since the 1960s.

“They love the event and just keep on coming back each year; quite a few groups from different yacht clubs come and camp,” he said.

“It’s not only about the sailing but getting together to have some fun.”