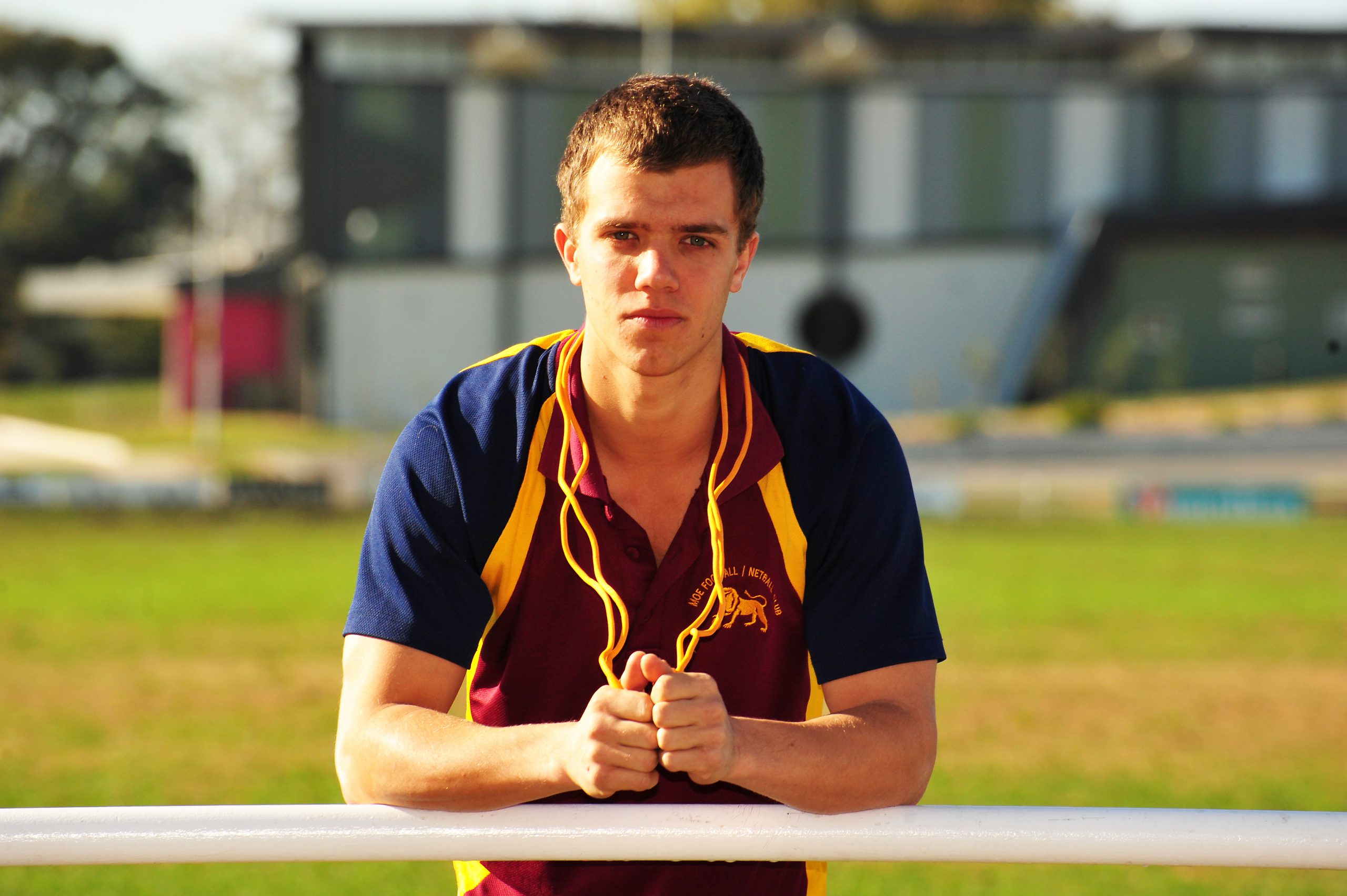 The 21 year-old was king-hit on a night out in Traralgon last August resulting in a fractured C1 vertebrae and severe bleeding on the frontal lobe of his brain.

“The police report of the injury said that I shouldn’t be alive; it was just the fitness side of the things they said was the reason I was alive,” Jarrod said.

“The brain injury should have killed me and the neck injury… the odds are not good, especially so high (up the spinal cord).”

Jarrod was attacked at a night club, following a conversation with a man about half-an-hour after arrival, and while he struggled to remember the incident had viewed it several times on closed circuit security footage.

“I’ve kind of turned to walk away… turned around, not facing him at all and he’s just kind of whacked me just behind the ear near the neck. That knocked me about a bit and I stumbled forward and he hit me again, that knocked me out, and another three times when I was on the ground,” Jarrod said.

He was eventually found outside by police and conveyed to hospital, where scans revealed the extent of the damage.

Jarrod was transported to the Alfred Hospital where he spent two weeks, including a full week of intensive care, then another fortnight at a rehabilitation clinic.

The fallout of the attack forced Jarrod to take 12 months off alcohol, six months off work and three months off driving, and he still occasionally suffers from acute headaches and neck pain.

“You kind of miss out on a lot of social stuff… you’re kind of left out a bit there. You kind of don’t want to hang around people who are getting drunk and that because you’re a bit uneasy about it,” he said.

While Jarrod was optimistic of a return to the football field, he said it may never happen due to the lasting damage of brain trauma.

“All doctors kind of don’t want you to play because of the risks,” he said.

“They said I can (play again) but probably I’ll get a few second opinions. I plan to, when people ask me I say yes, but strictly I’ll have to get some second opinions on where to go.”

Having taken this year off as a precaution Jarrod became a runner for the Lions senior team.

“It keeps you involved a little bit… (but) I hate not being out there,” he said.

The Lions will join in the ‘Lace Up’ campaign this weekend to help raise awareness about the dangers of street violence, a Step Back Think initiative.

Jarrod said people need to be aware of the consequences violence can have for both parties, after his attacker was sentenced to six months prison non-parole.

“Definitely, something has got to be done,” he said.

“A few weeks after it happened one of my mates got bottled out there. If footy clubs can get involved in it it’s all going to help.”

Following his ordeal, Jarrod said it was not only up to individuals to ‘step back think’ before lashing out, but the people around them as well.

“I think there are people out there that are just a bit gutless… their way of solving things is to hit someone when they’re not looking,” he said.

“It’s probably up to your mates to pull you back; he had six or seven mates around him that just stood there and watched.”

Clubs across Gippsland and Australia will sport orange laces this weekend to support the Step Back Think campaign against street violence.