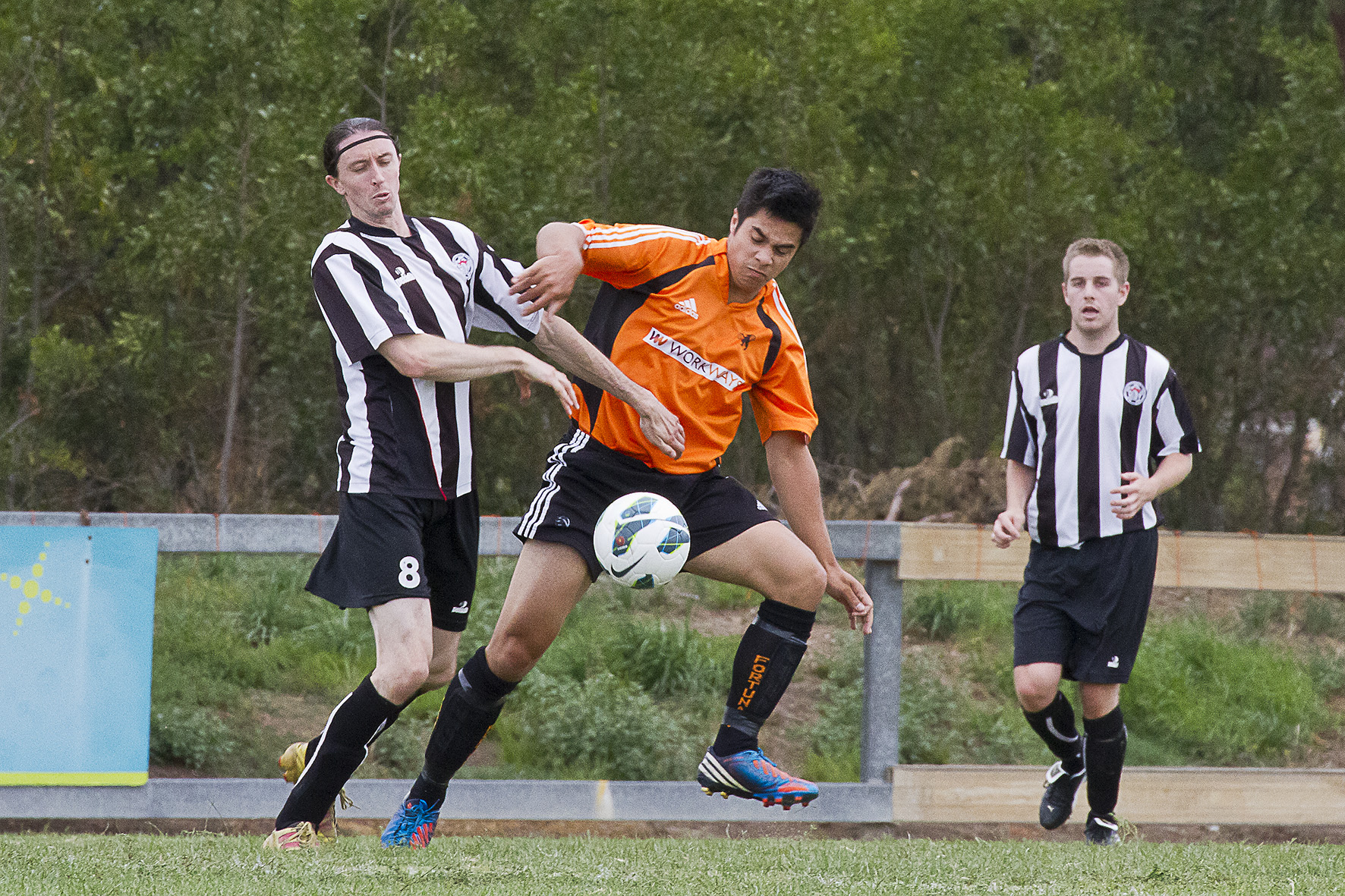 AT the halfway mark of the Gippsland Soccer League central division season, teams have had two weeks off to prepare for the return fixtures.

Churchill United leads the ladder in its title defence, but will face a stern challenge from the likes of Sale and Moe over the next eight rounds.

The Rams were held to a draw by Moe in round eight, and were pushed by Fortuna and Monash in their most recent matches, as the competition continues to intensify.

Here is how each club stacks up ahead of round 11.

The Rams have overcome the loss of many of their treble-winning squad from 2012, holding a four-point lead at the top of the table under new coach Steve Riess.

With Jamie Robson returning to lead the defence they will again be the team to beat.

Sale is the only team to have beaten Churchill, winning 2-0 in round six.

The young duo of Tommy Nyugen and Ash Ross dictate the game in midfield and their defence is the most stringent in the league, conceding only seven goals to date.

The recent recruitment of Jake Budija bolsters the team’s attacking firepower adding a third prong to the Jon Piefke and Ray Allred combination.

A win against Fortuna and draws against Sale and Churchill have underscored Moe’s title credentials.

The goals have been shared around with Dastey, Adrian Savage, Matthew Shearing and Sam Lietzau each with five or more.

The only blots on their record have been losses to Falcons and Monash.

The big improvers in 2013 under returning coach Wal Noppert, the Wolves have claimed the scalps of Fortuna and Moe and sit in fourth.

Midfield dynamo Ash Birrell leads all scorers with 12 goals and Coen Slaughter’s return to fitness has been a huge boost.

Losing sweeper Trent Felici to a fractured skull will hurt, but the squad has been buoyed by the form of new recruit Ty Christy.

Fortuna has endured a disappointing start to Dave O’dowd’s reign at the Lions’ den with four losses in the opening nine rounds.

They have recruited strongly and could come home with a roar once the group gels.

After a slow start Olympians has begun to climb the table under new coach Tony Pardo.

They have a plethora of experienced players who have tasted success previously and will be expecting a better second half of the season.

It has been an up and down start to the season by the birds.

Falcons beat high fliers Moe United, then came back to earth with a thud losing to bottom side Newborough-Yallourn United.

Attacking duo Jesse Kennedy and Nick d’Alessandro provide the spark up front, but the loss of midfield maestro Julian Bacegga to a knee injury will limit their supply.

Duncan Hanlon has had a tough start to the season after taking over last year’s surprise package.

The loss of keeper Cameron Price has hit City hard, conceding 21 goals already, its total for the 2012 season.

City will need Mark Fairbrother to begin finding the net if the side is to make an appearance in September.

Under new coach Tim Armistead the Combine has been dangerous in spurts, but an inability to turn in 90-minute performances has cost it points. The Cook brothers have formed a dangerous front line and will lead the way as the club attempts to build on its win against Falcons with some more scalps in the second half of the season.

A good win against NYU at home has been the highlight of Tyers’ season.

A lack of goalscoring threats has continually put them on the back foot, with only three goals scored all season.

Mark and Shayne Pavich are among the best in the business, but the loss of Jake Budija has left Lightning toothless in attack.