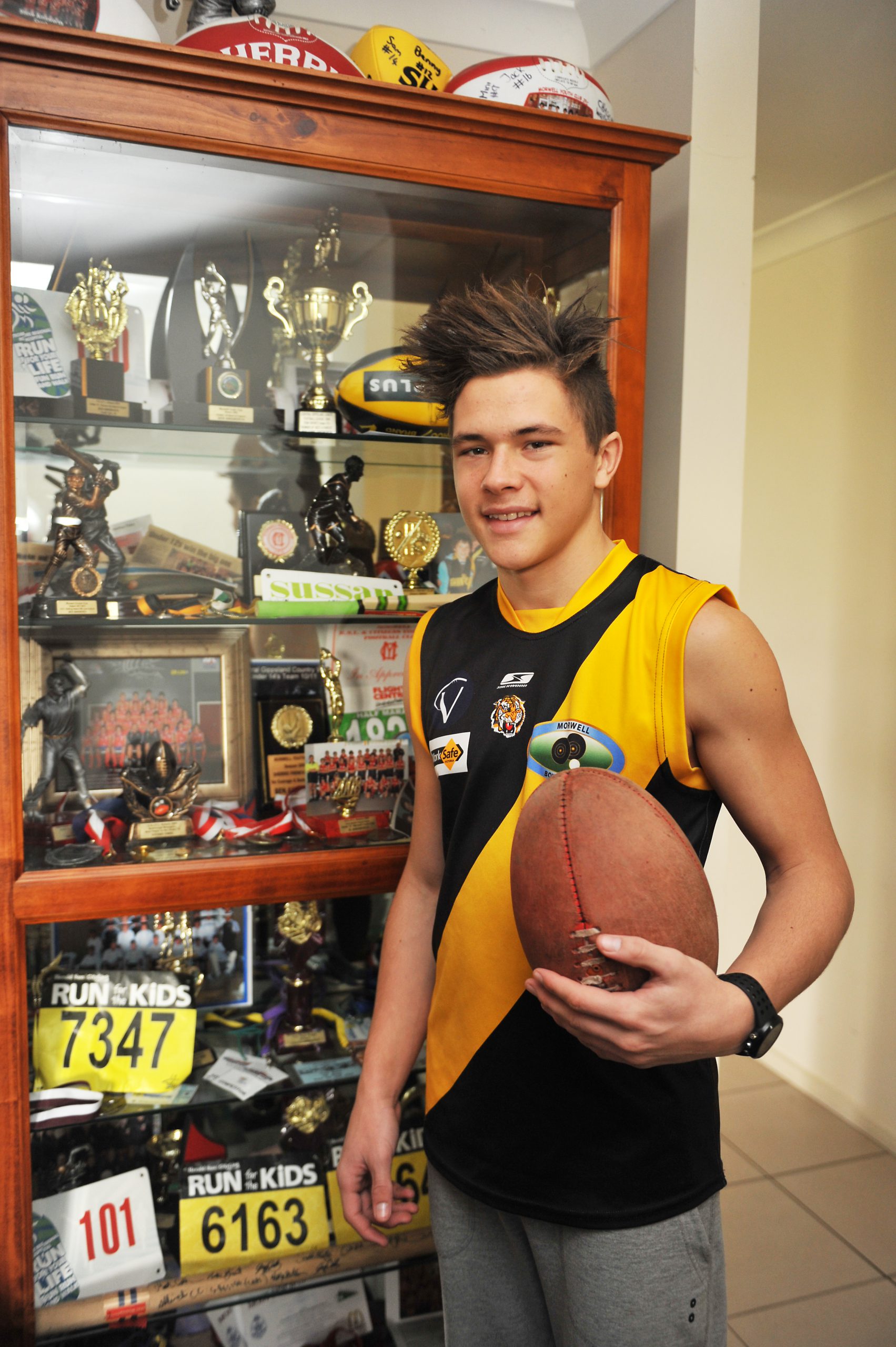 It has been a big year for Morwell’s Ben Ainsworth.

The 15 year-old concluded his junior football duties with Morwell Youth Club last year and was immediately promoted into Morwell’s senior squad for its 2013 Gippsland League campaign – a feat only a few juniors before him have achieved.

And the keen Richmond supporter’s success has continued to gain momentum, after he was selected to represent Victoria Country at the School Sport Australia Australian Football Championships. Selection to play in the championship, which will be held in Darwin from 10 to 18 August, was the result of many years of dedication from Ben.

“I’ve represented Central Gippsland, Gippsland Power Schoolboys and to get that recognition is fantastic,” Ben said.

“I’m so happy, I’m stoked to be a representative at such a high level.”

During the rigorous selection process run by School Sport Victoria, Ben was one of 70 Victorian regional players vying for a spot in the final squad of 25.

After three practice matches held in Melbourne, Ben made the final cut.

“Just to be asked is pretty good, it’s such a privilege,” he said.

The aspiring physical education teacher said in the meantime he would continue to focus on his senior playing duties with the Tigers, a team which holds special significance for the Ainsworth family.

Ben’s father Steve played for Morwell in the 1990s, as well as many other Ainsworths.

“But (the seniors players) are great; they give me heaps of support and how to go about my game.”

He has already made a positive impact on the team, having kicked five goals in nine matches for Morwell.

Ben hopes to carry on his good form and one day play football in the Australian Football League.

Ben, who usually plays on the wing, will join four other Gippsland-based players, including Moe’s Tyler Morrow, on the Victoria Country team bound for the championships.