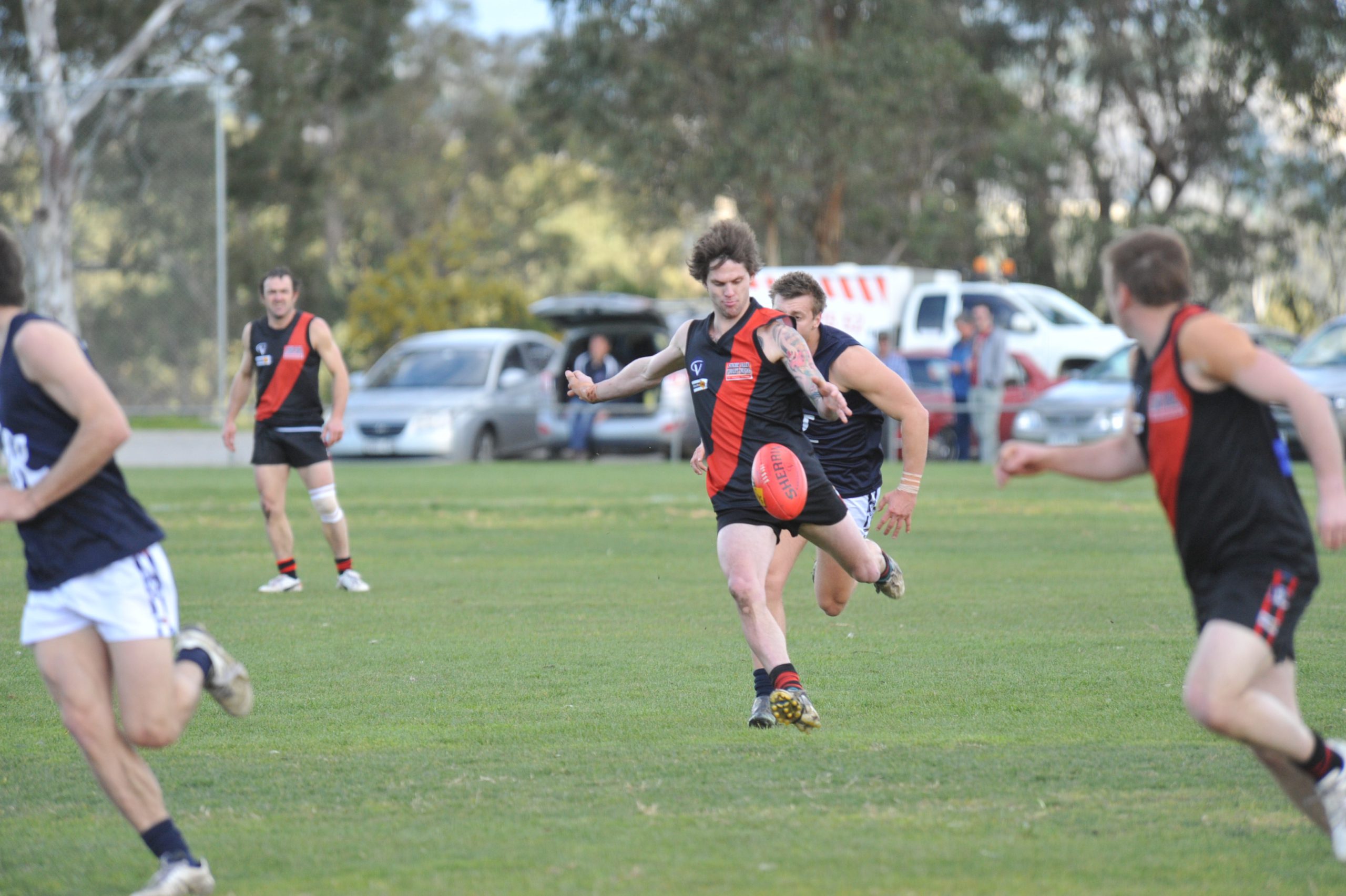 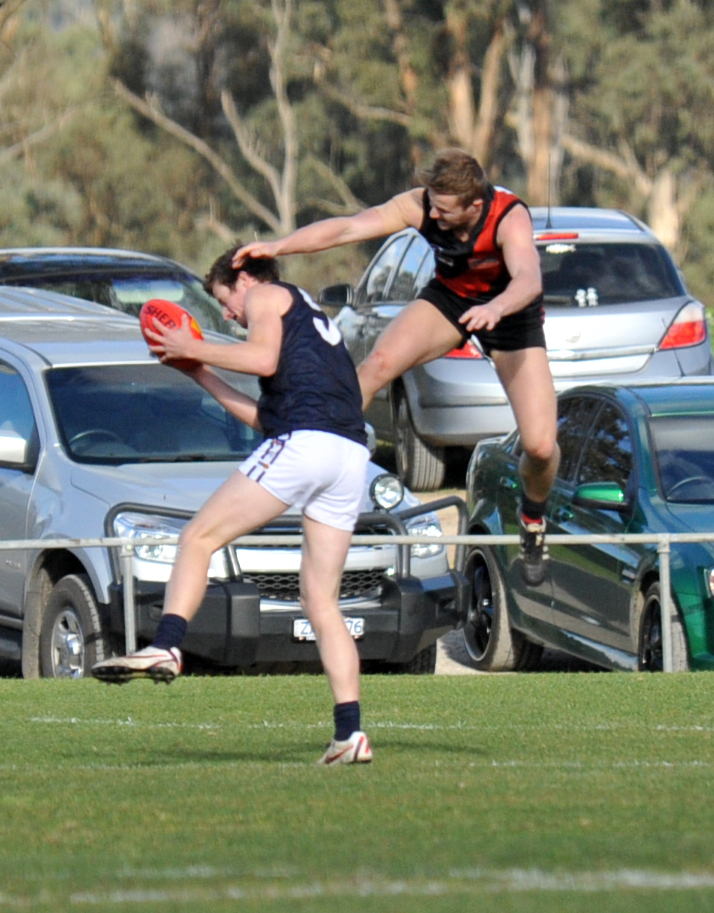 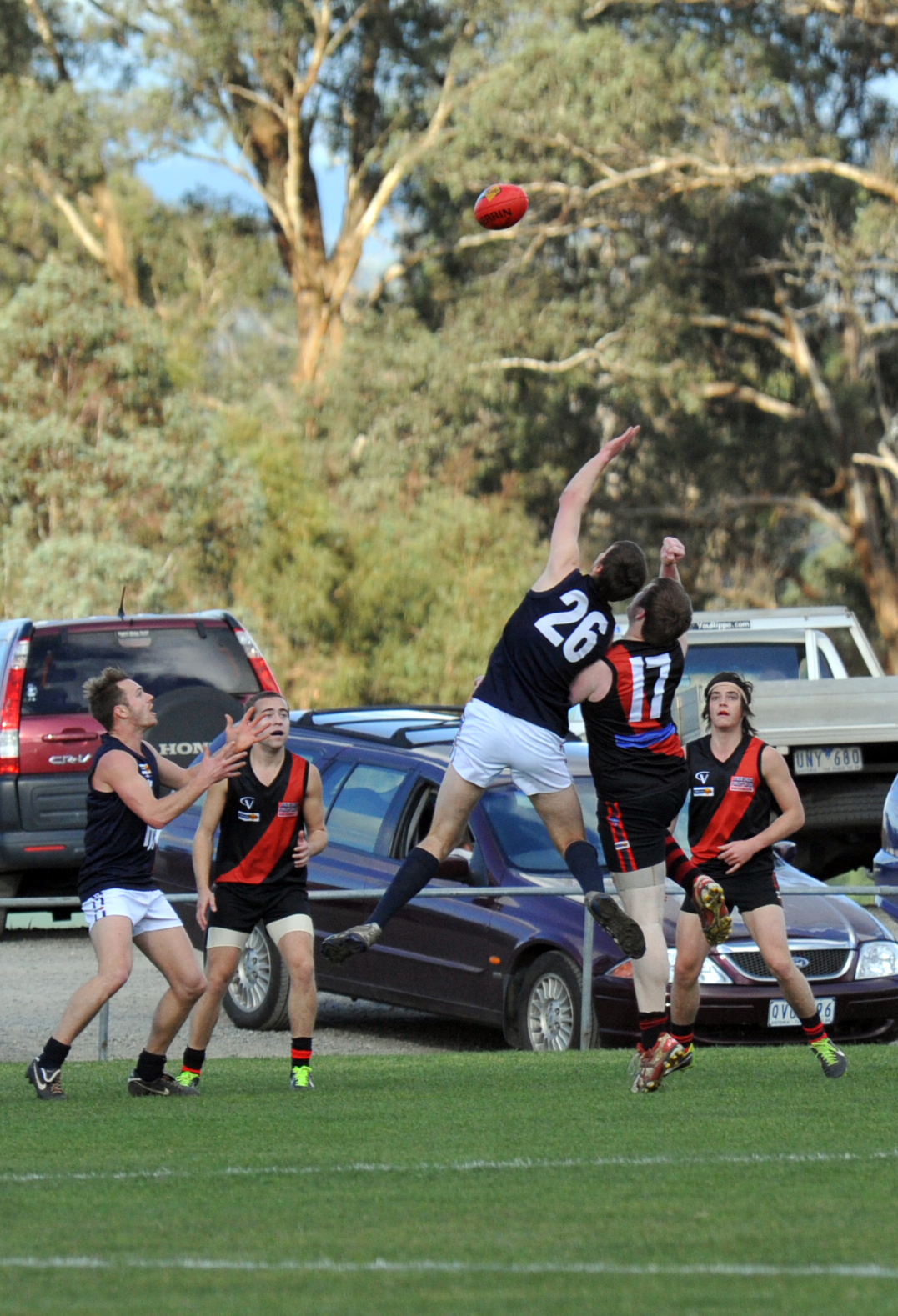 Glengarry survived an epic encounter against fellow in-form side Cowwarr in round 12 of North Gippsland football.

The Saints opened the scoring in the second half with Pat Tainsh goaling from the opening bounce.

From there it was all Glengarry as it blew the game open.

Engley then kicked consecutive goals, before a free kick against Cowwarr backman Kevin Hood allowed Chris Wangman to combine with Josh King who goaled. This was followed by another indiscretion by a frustrated Hood who gifted Engley with his third for the term.

The Saints halted the Magpies’ run to register their second for the term.

This was followed by another to Cowwarr after a 50-metre penalty put Shane Galea within scoring distance.

A strong mark and goal to Saints’ full-forward Tim Johnston brought the Saints closer to the Magpies.

An undisciplined act by Lochie Little handed a 50m penalty to Johnston who had little trouble slotting through the major from the goal square.

Thirteen majors were scored in a frenetic term of football as the Magpies held a 15-point edge at the last change.

Glengarry scored the opener of the final quarter as it worked hard to record a victory for club legend Trevor May’s 350th senior match.

The Saints got the quick response, before Engley added another to his match total of nine goals.

The final term was full of match-winning moments.

King’s crunching tackle brought Lee Cooper down in front of the player benches and quickly turned the ball over with Wangman goaling.

Not to be outdone, Saint Shane Morgan’s tackle and second attempt at regaining possession against Robbie Cahill and Chris Panayioto was exemplary and kept the Saints in the contest.

CHURCHILL returned to the winner’s list after it posted a three-goal victory against Gormandale.

The Cougars started slowly and failed to register a major in the opening term as Gormandale skipped away to a commanding 20-point lead at the first change.

The visitors responded with 10 scoring shots to four in the second quarter to draw within four points at the main break.

Churchill maintained the momentum to slam home eight goals to four in the second half, with Brendan Holt, captain Chris Williams and Joey Whykes the main men in front of goals.

The bottom-placed Bombers fell 14 points short at the final siren.

The clash between Heyfield and Boisdale Briagolong was touted as a David and Goliath battle, and with the Roos coming into the contest on the back of consecutive losses, it was going to be a tough ask for the Bombers.

Heyfield doubled the visitor’s score in the first term, but the Bombers rallied in the second to outscore their opponents five goals to two, to go into the main break five points ahead.

Goals were traded in the third terms as the Kangaroos’ inaccuracy in front of goal ensured the Bombers remained in the hunt.

The home side opened the scoring quickly in the final 20 minutes of play before the Bombers made a late charge on the scoreboard to fall shy of the line.

Woodside has catapulted back into the top five following a winless month.

The Wildcats started strongly against Sale City and appeared ready to run away with the points, but the Dogs kicked six goals to three in the second term to be back in the contest.

Mitch Evans and Mitch Bennett led the way with three goals each as the Dogs reduced a 22-point deficit to four points by half-time.

Sale City matched Woodside on the scoreboard in the premiership term to reel the margin to two points.

However, the Wildcats held on to win by 10 points.

ROSEDALE led from the outset in its clash against Traralgon Tyers United to record a 28-point victory yesterday.

In a high scoring opening term, the defensive backlines were quickly under siege with nine majors scored in the opening 25 minutes.

The Blues led by two kicks at the first change and extended this to 18 points at half-time.

However, the Bombers worked hard to stifle the Blues’ running brigade and gave themselves a chance in the final term to trail by 13 points.

But as they had all day, the Blues kept the home side at bay to claim second place on the premiership ladder.