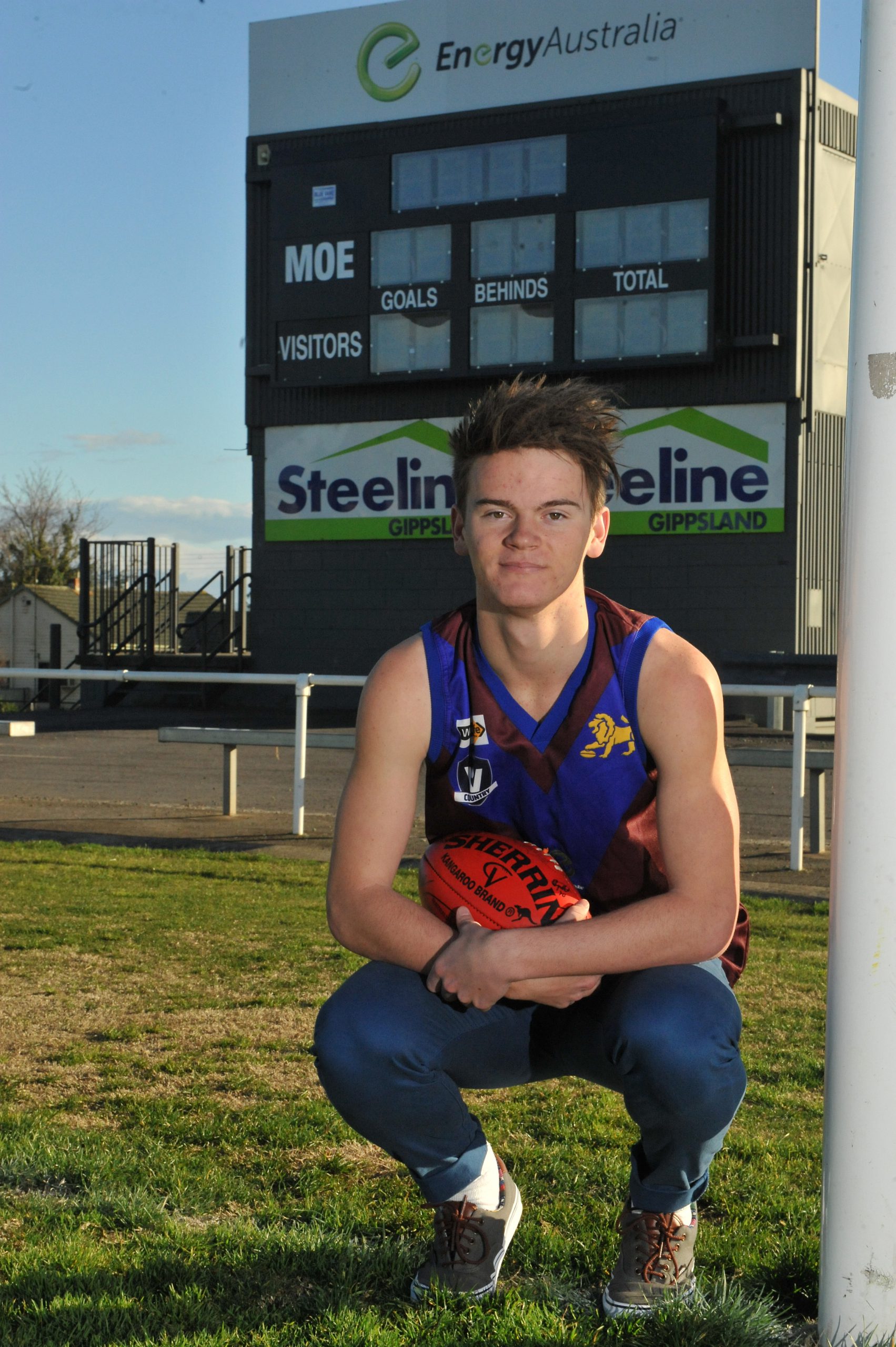 ALL heart and determination, Moe Football Club’s Tyler Morrow is looking forward to the tough competition he is expected to face when he travels to Darwin to compete in the Australian Football Championships next month.

Tyler, who plays full-forward for the Lions’ fourths team, will join Morwell’s Ben Ainsworth in representing Victoria Country at the School Sport Australian national event, which will be held from 10 to 18 August.

“It’s a really good feeling, it’s exciting and I can’t wait to get there,” the 15 year-old said.

“I’ve tried hard and I have done all I can to get there.

“It is going to be very hot, there will be a lot of running around and I’ll be up against some of the best players my age in Australia, so it will be good footy.”

The Carlton supporter, whose favourite player was ironically not a Blues man, but West Coast forward Mark LeCras, said his love of the game played a major role in his current success.

“It’s the atmosphere of it, having the car horns going off when you kick a goal, the smell of the grass, that’s why I love it,” Tyler said.

“I play basketball, but it has nothing on football.

“I’ve played since I was seven, so I am in my ninth year, and I’m sticking with Moe.”

When The Express spoke with Tyler, it was clear his passion not only for the sport, but for Moe, was a point of pride.

He said he would play with Moe as long as possible, before moving further ahead in his dream to one day play in the Australian Football League.

“I have always played with Moe – I love Moe,” he said.

“There are good people at the club, and great facilities, and coach Lachlan Sim is fantastic.”

Tyler said his football strengths lie in his height, his ability to jump high, his strong hands and his dedication to the team.

He has so far kicked 27 goals for the season, with a season high of nine against Drouin in round 11.

Tyler was selected to represent Victoria Country through a highly competitive process.

He was one of a squad of 70 regional Victorian players which was whittled down to 25 to compete for Victoria Country at the championships.