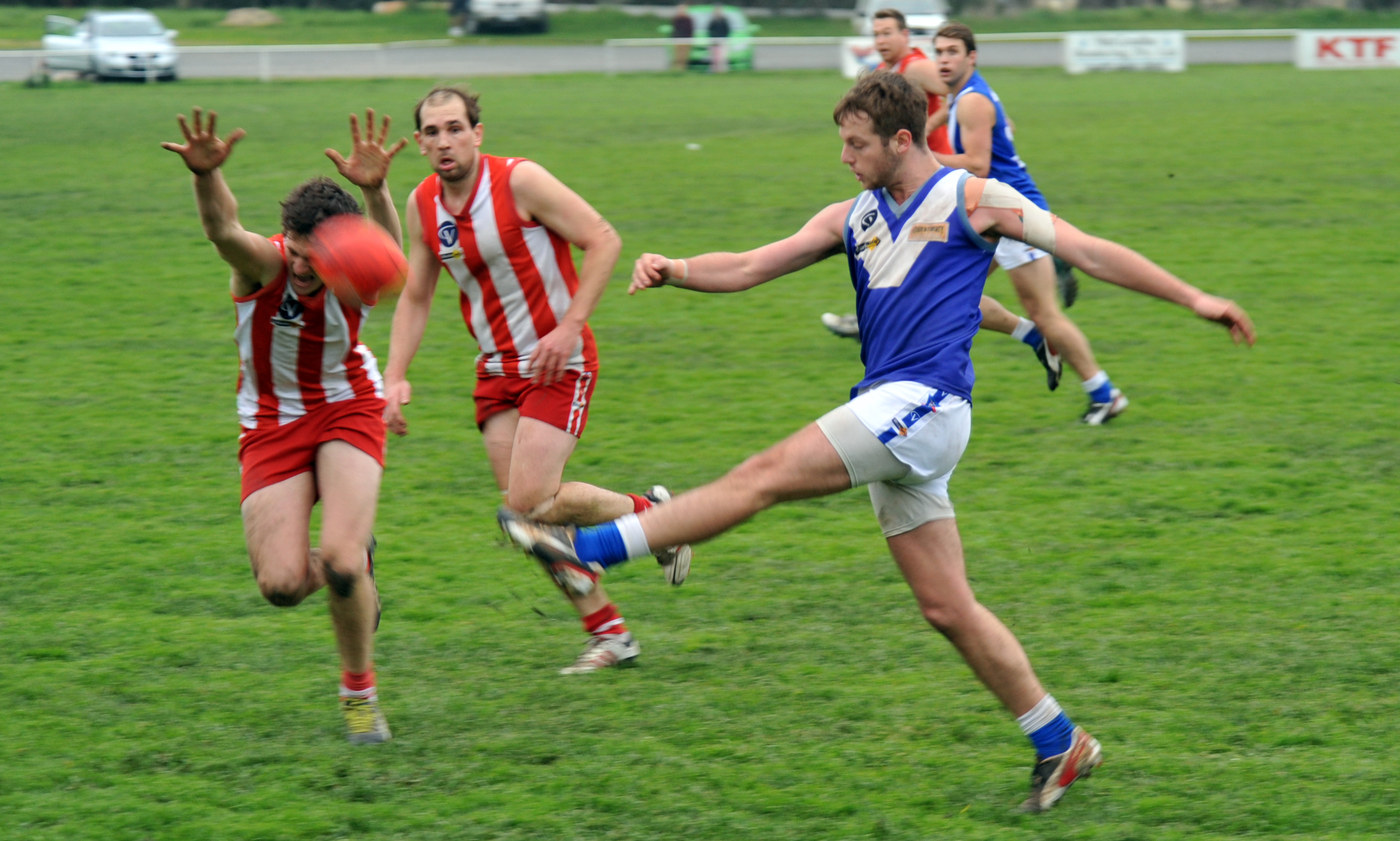 Yinnar broke a six-year hoodoo when it defeated league leaders Mirboo North at home by 29 points in round 14 of Mid Gippsland football.

The Magpies’ last win at home against Mirboo North was in 2008.

While the loss did not displace Mirboo North from top of the ladder, it now has a shaky tenure on head position.

The match opened up slowly with the Tigers grubbing out three minor scores, before Yinnar’s Kane Grinstead-Jones scored two goals in two minutes to turn the match around.

Another goal to the Magpies within the next minute had the Tigers scratching their heads.

Magpies’ Jesse Bowe was a powerful force in the ruck with his big knock outs feeding the onballers.

The Magpies kicked their four unanswered goal through Josh Swift and could have been further ahead, but two posters robbed them of the six pointers.

Mirboo North had no answer to the fast play-on style of Yinnar.

The Tigers were nowhere to be found up forward as Yinnar’s defence held firm.

However, Joe Brooks goalled for Mirboo North just before the quarter-time siren to put the league leaders 24 points behind the Magpies.

The Tigers kicked early goals in the second term to trail by 12 points, but Yinnar responded with a goal of its following two successive 50-metre penalties.

By half-time Yinnar led by 26 points and an upset result was on the cards.

The Magpies continued their onslaught in the second half, but Mirboo North was equal to the task and won the quarter by 10 points.

Yinnar revved up in the final term with five goals thanks to the energetic play of forwards Grinstead-Jones and Swift, who both finished the game with four goals each, to win 14.11 (95) to 9.12 (66).

Boolarra’s Scott Cooper became an instant hero when he scored two goals in the dying minutes to snatch a hard-fought victory from Morwell East.

The Hawks led by four points with three minutes to play and looked to be hanging on, but Cooper flashed in twice to give the Demons a close win.

Scores were level at quarter-time, but Boolarra crept away in the second term with four goals to two to take a 14-point lead into half-time.

Morwell East fought back in the third with Shaun Barnes firing through four goals to give the East a one-point lead at last break.

The Hawks desperately hung on in a tense last quarter with neither team gaining any advantage.

Boolarra’s Ken Towt, with seven goals before the final quarter, could not add any more in the last term.

It was left to Cooper to score the winners for Boolarra.

The Bulldogs set up their big win in the first half to lead by 55 points at half-time.

After the break however, the last-placed Bombers showed grit and determination as Newborough took the foot off the pedal.

The Bombers bounced back in the second half to outscore the Bulldogs in a show of confidence, but it did little on the scoreboard as Newborough ran out winners 17.17 (119) to 11.5 (71).

The Bloodswent through the motions to lead by 39 points at half-time and shut the door on Thorpdale’s resistance.

Mick Gelagotis kicked four goals for the Bloods while Blake Slater chipped in with three.

Hill End scored its second successive win, this time with an 83-point thumping of Yarragon.

The Hillmen were within seven points of their greatest ever victory over Yarragon, which was recorded in 1998.

A six-goal opening term set up the victory, although Hill End is still two games out of the five with four matches remaining.

Hill End may have left its run to finals too late.