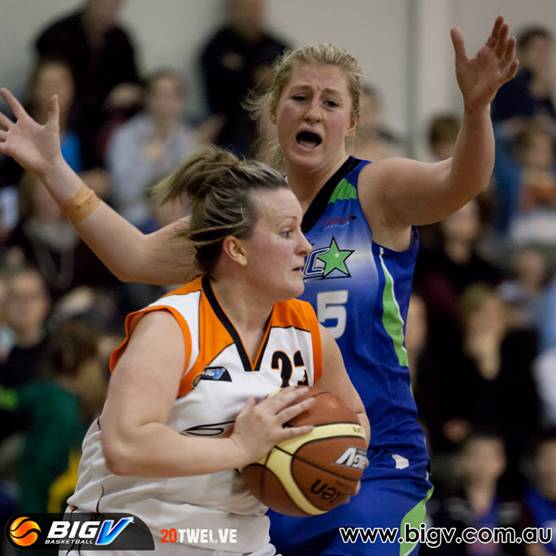 LATROBE City Energy continued its late season surge at the weekend as both BigV division one sides recorded a fourth consecutive victory in Mildura.

Jordan Canovan was on fire for the men in a return of 45 points and 11 rebounds, including eight of 12 three point attempts, as Energy sauntered to a 96 to 59 triumph without the rested Russell Permenter.

The Gippslanders outscored the Heat in every quarter, landing the killer blow in a 34 to 19 final term.

Billy Hughes was also on target from the perimeter, netting four of six three pointers to tally 12 points in 21 minutes of game time, while Calvin Rees stood tall with 16 points.

The win leaves the in-form side third on the ladder leading into the last round of home and away fixtures and in with an outside chance of snaring second, or even first, and a home final depending on the outcome of Hawthorn’s upcoming double header and top side McKinnon’s final match.

With the standings all but finalised, Energy’s likely first opponent in the cross-conference elimination rounds will be either Mildura or Geelong.

Energy president David Roberts said the side was exactly where it needed to be ahead of the playoffs.

“It’s a great time for them to peak and they’ve got some good form and confidence going into finals. I think they’d be one of the form teams at the moment,” he said.

“They’ve certainly gelled as a team and I think the fact that JC (Canovan) and Russell (Permenter) playing together a bit more, they’ve certainly cemented that relationship and that role on the floor.

“The structures are sitting in place and they’re playing well for each other.”

The resurgent Energy women are out of the finals race, but have shown promising signs ahead of next season over the past month culminating in a nail-biting win over Mildura.

After finishing regular time locked at 72-all, the Heat made Latrobe sweat it out in overtime where a brace of three pointers sealed an 82 to 76 Energy victory.

Carly Mullen-Bianconi led Energy’s charge on the scoreboard with 24, while the reliable Jamilee Pearce put up 21 points and 10 boards in another double double.

The club will also host a Special Olympics contingent for clinics and half court games prior to the fixtures.