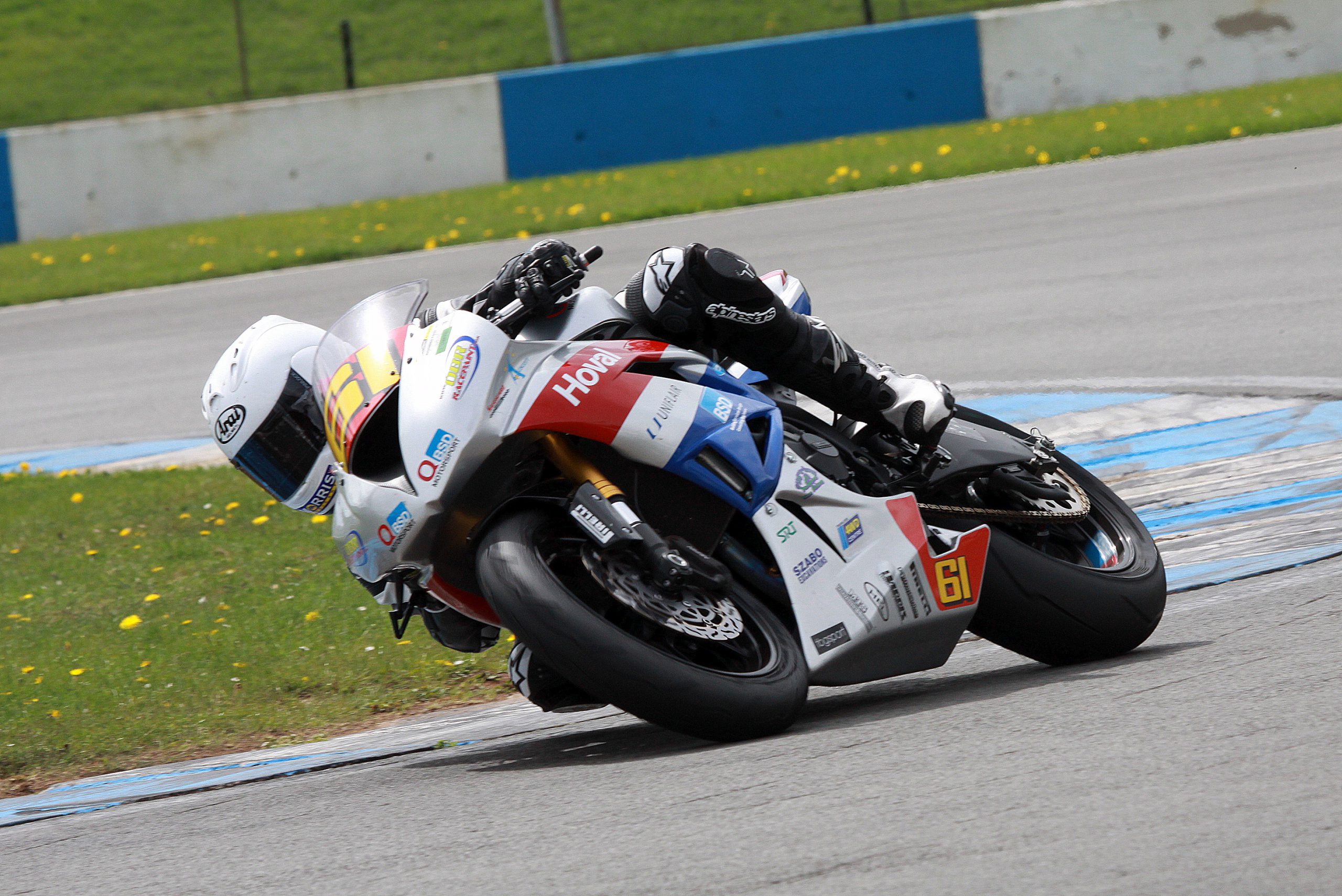 AFTER a tumultuous start to his British Superbike career, Glengarry motorcyclist Ben Currie is back on track in the Pirelli National Superstock 600 Championship.

Unforeseen circumstances hit the 17 year-old’s race team prior to the season start, forcing Ben to negotiate a new contract with rival Kawasaki team Quelch BSD Motorsport, and his results have been steadily accelerating since.

Despite a did-not-finish at Oulton Park, Cheshire, at the weekend, which followed a horror crash the previous round, Ben’s maiden season abroad has been picking up speed to the point where his lap times consistently rival the series leaders.

The Valley export’s best race finish to date was 16th, and he has qualified as high as eighth on the grid, and marked improvement throughout the year has Ben on track for a tilt at the title in 2014.

“This is his apprenticeship year; next year is his year to go and try to win it and the team believes he can,” Ben’s father Dean said.

“They actually want to take him to the World Championships, that’s how far it’s going.

“They’ve made a heap of changes to the bike that is suiting him now and his lap times are now around the top 10 guys, so he’s really starting to kick some goals.

“They’re really believing he can go places with this.”

In a season full of highlights, one of the biggest for Ben was the opportunity to race an exhibition with a cluster of former world champions.

Ben topped a field containing the likes of Wayne Gardner, Carl Fogarty, John McGuinness and Sam Lowes in a sign of things to come for the developing rider.

“He was pretty happy with that… he’s absolutely loving every minute of it,” Currie said.

Ben has been asked to race a few rounds of the Spanish Championships following the British season, which is three rounds from completion, and has received lucrative offers for the 2014 season.

The sought after Australian looks set to race with QBSD again next year.

The Pirelli National Superstock 600 Championship series is designed to identify new talent in the 16 to 25 age division.