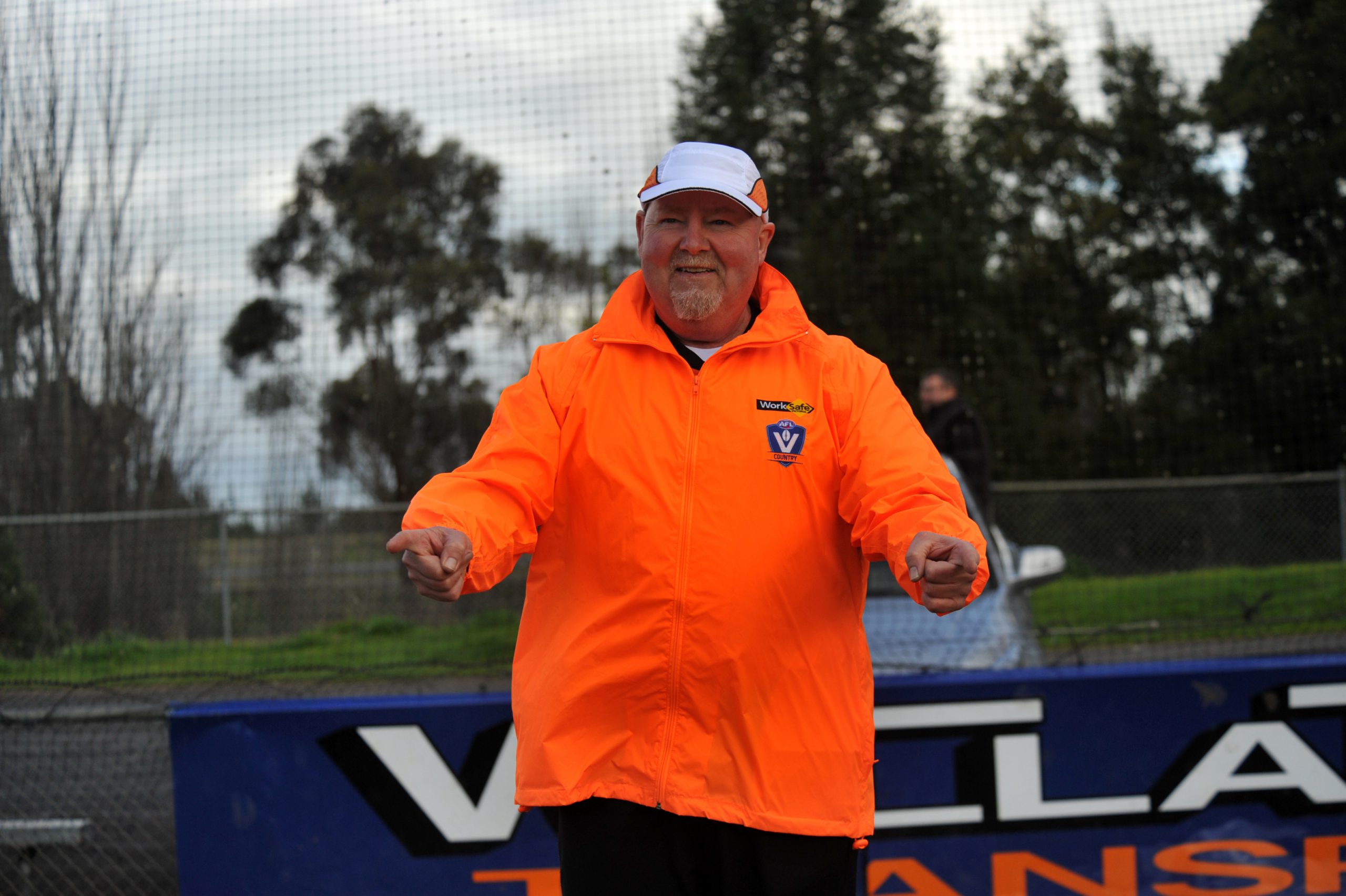 THE Latrobe Valley’s most experienced goal umpire, Peter North, recently officiated his 700th senior game after 32 years in the business.

The milestone was reserved for the Gippsland League’s round 16 Morwell and Leongatha clash, a cause for celebration among the league’s 11th team, the men in orange.

“We’re the third football team on the footy field, the two playing teams plus the umpires’ team… and we enjoy that,” North said.

“We work as a team with our boundary and field umpires; we have a lot of banter and rapport during the game… and after the game.

“We worked out during the game there was over 4000 matches between us, the goals and the field and the boundaries, that’s got to be some kind of record.”

Among the 60 year-old’s extensive on-field memorable moments catalogue were more than 20 grand finals across the Gippsland, Mid Gippsland and North Gippsland football leagues.

North presided over the likes of Jarryd Roughead and John Butcher in their pre-Australian Football League careers.

Maffra’s 2009 grand final win over Traralgon was another highlight for the veteran, when the Eagles scored after the siren to steal the win.

“I happened to be goal umpiring down that end when the ball sailed through after the siren to give them the victory. That was a real hairs on the back of the neck (moment); the adrenalin was pumping,” North said.

“The crowd went berserk, it was a really emotional day… the poor old Traralgon guys sunk to their knees in desperation.”

North, who spent 11 years as Latrobe Valley Umpire Association treasurer, said the fellowship of the whistle was a special bond.

“Being involved with the game is wonderful, it’s been a huge part of my life… you make a lot of friends over those many, many years,” he said.

“I like… talking to the guys, you get to know a few of the players over the years and you get a rapport with them too… that’s all part and parcel of being involved as an umpire.”

Umpires are in demand throughout the region and North encouraged people of all ages to give it a crack.

“You’ve got the best seat in the house… you’re right in amongst it and the decisions you make have just as much bearing on the results.

“(It’s good for) the older guys, who have either given up football and want to be involved in the game, or even the younger guys who might not have the ability to play football but they’ve got a bit of fitness and they want to do something with themselves to keep fit.

“It’s a great opportunity, they get paid $60 or $70 on a Saturday afternoon as a boundary umpire and it’s much better than flipping burgers at Maccas.”

North said the 1000 game mark, which he estimated would take another 15 years to achieve, was an unlikely proposition, but he would continue to wave the white flags for as long as he enjoyed the “fitness, friendship and being involved in Australia’s greatest game”.