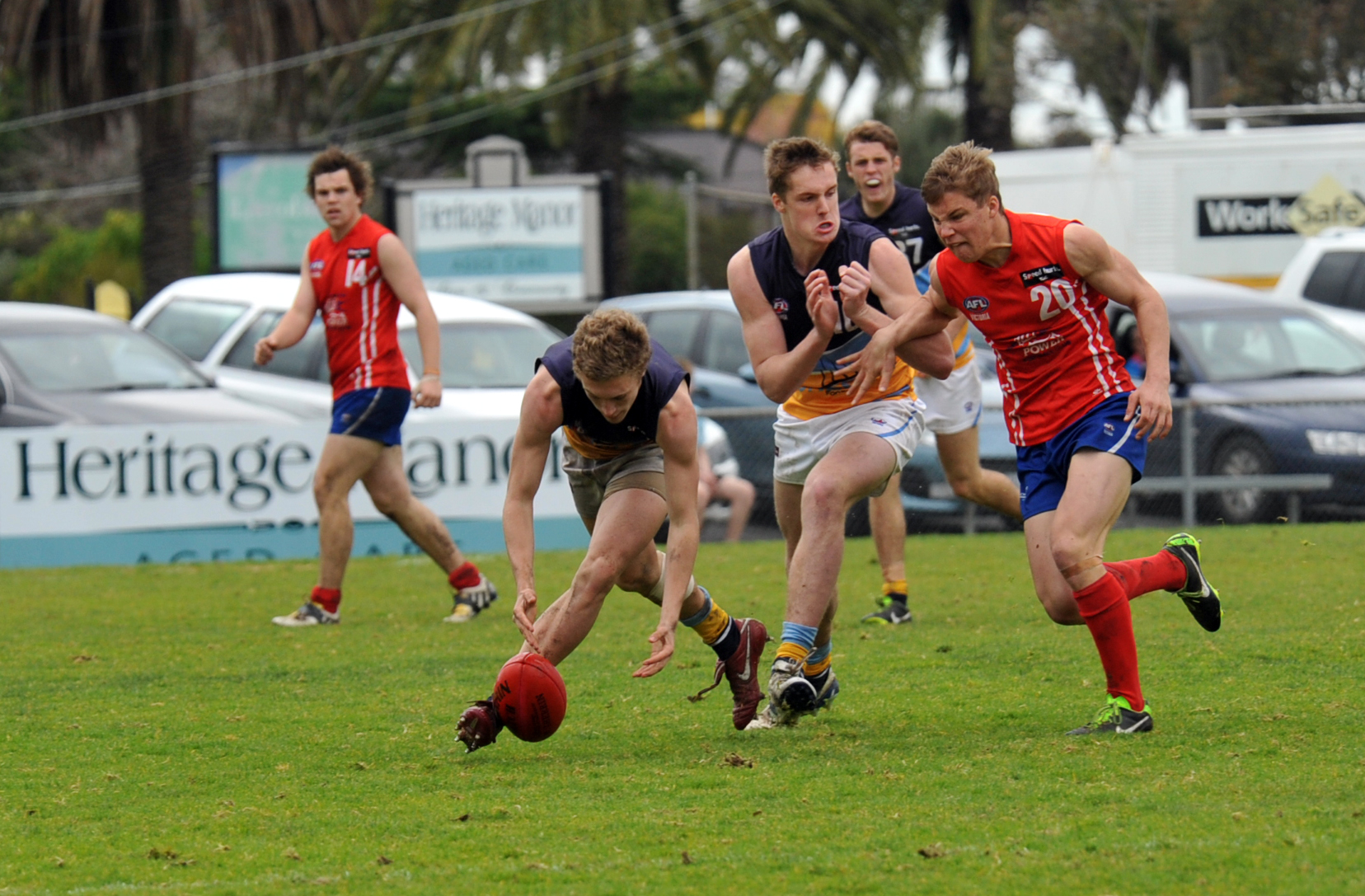 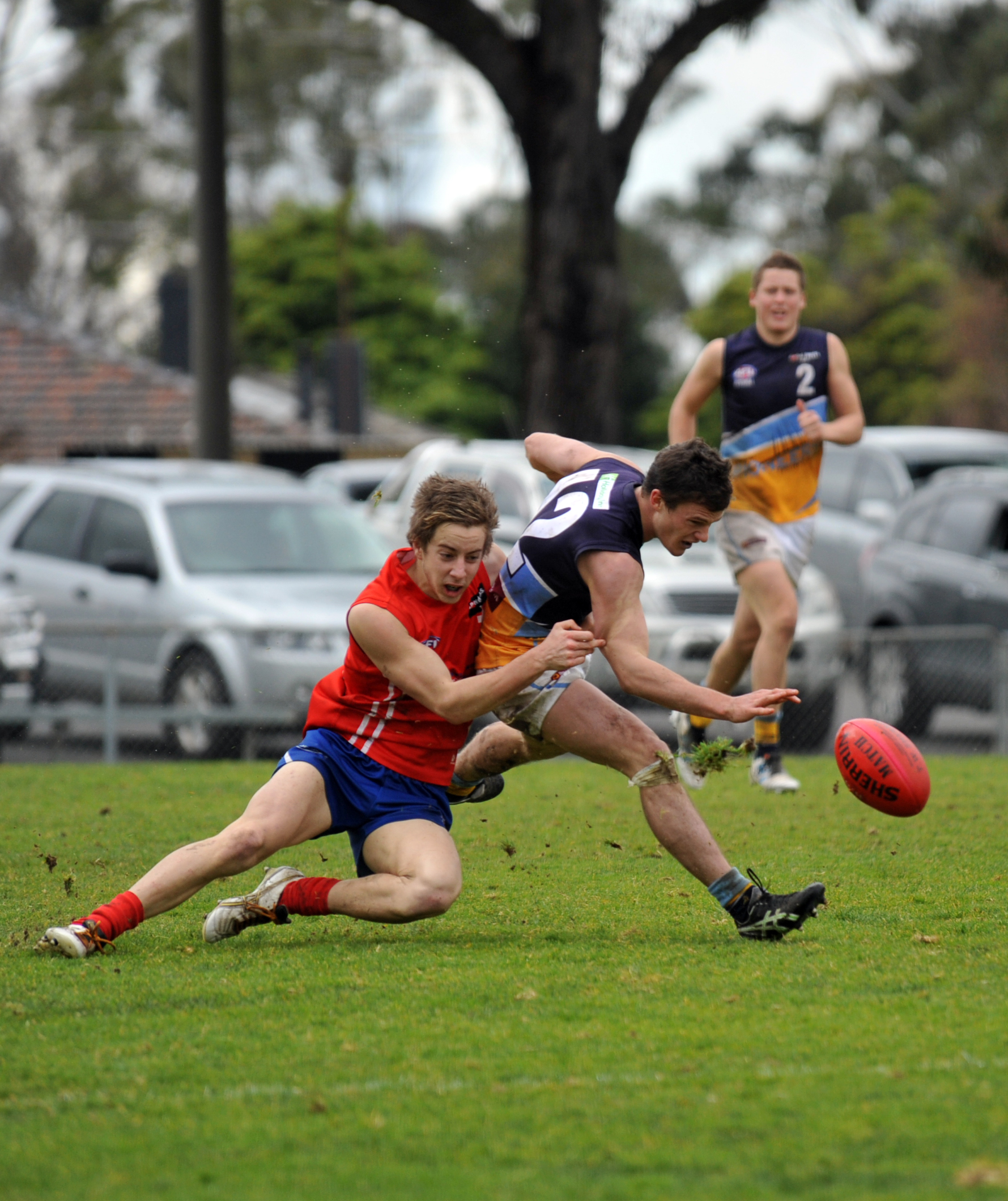 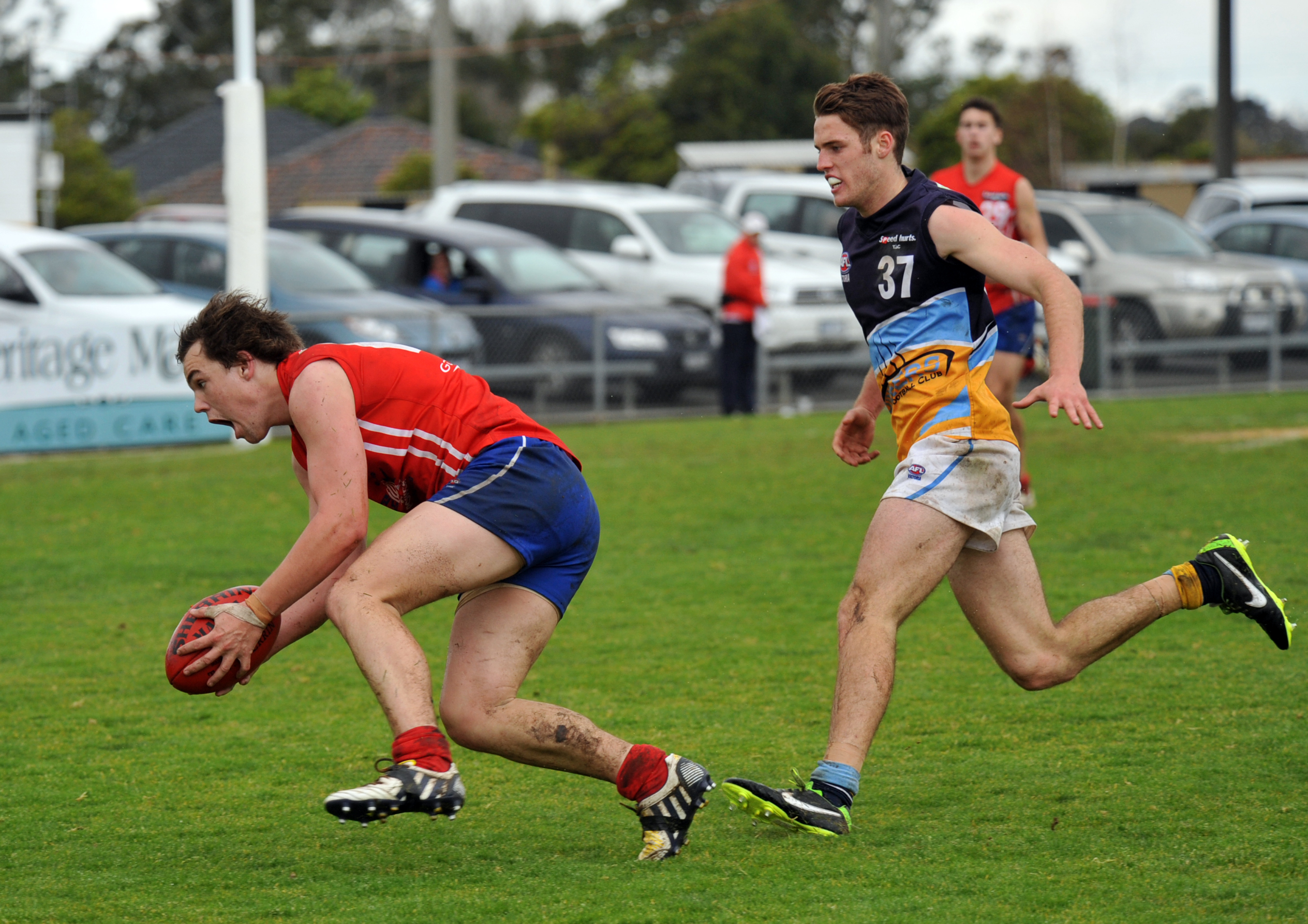 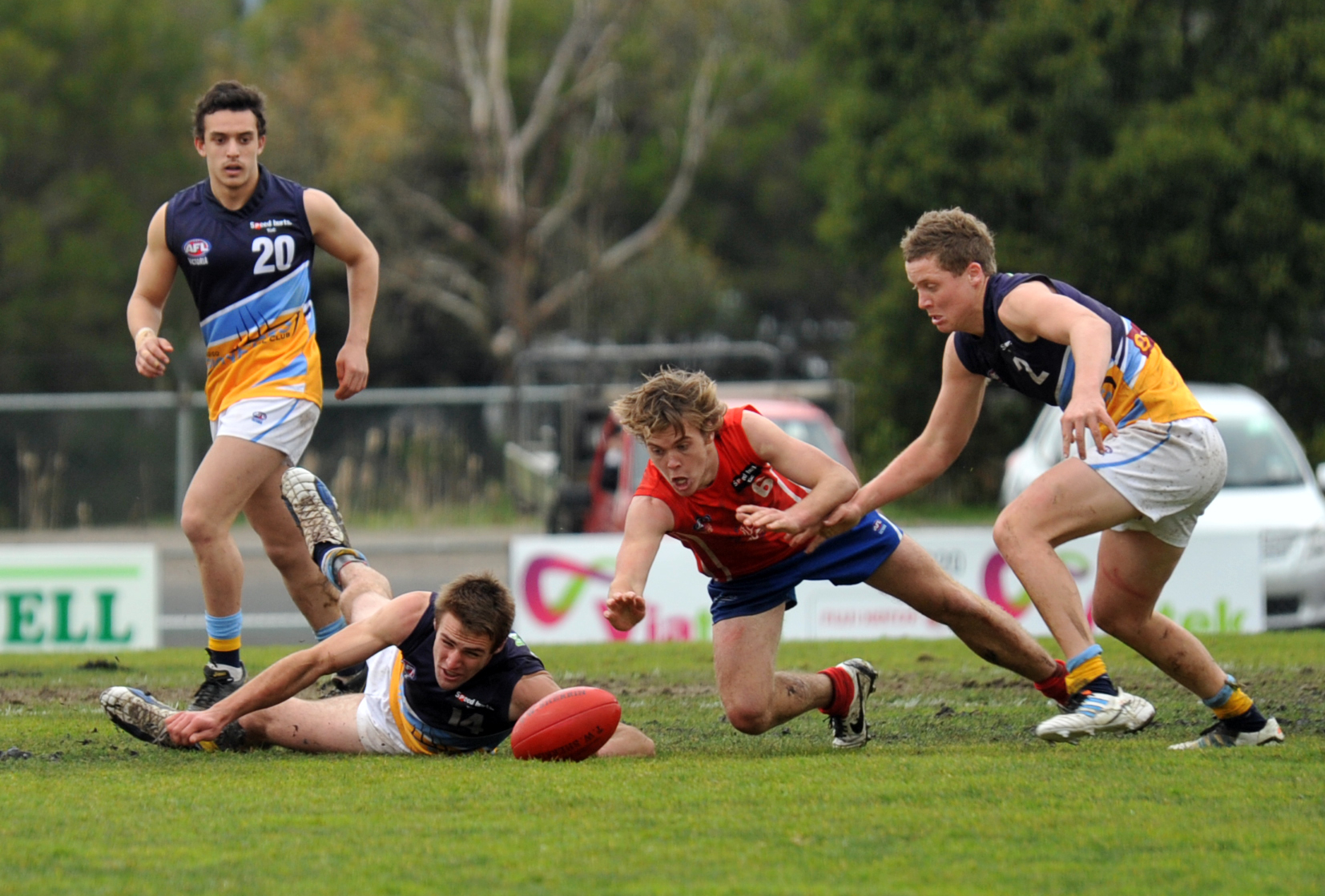 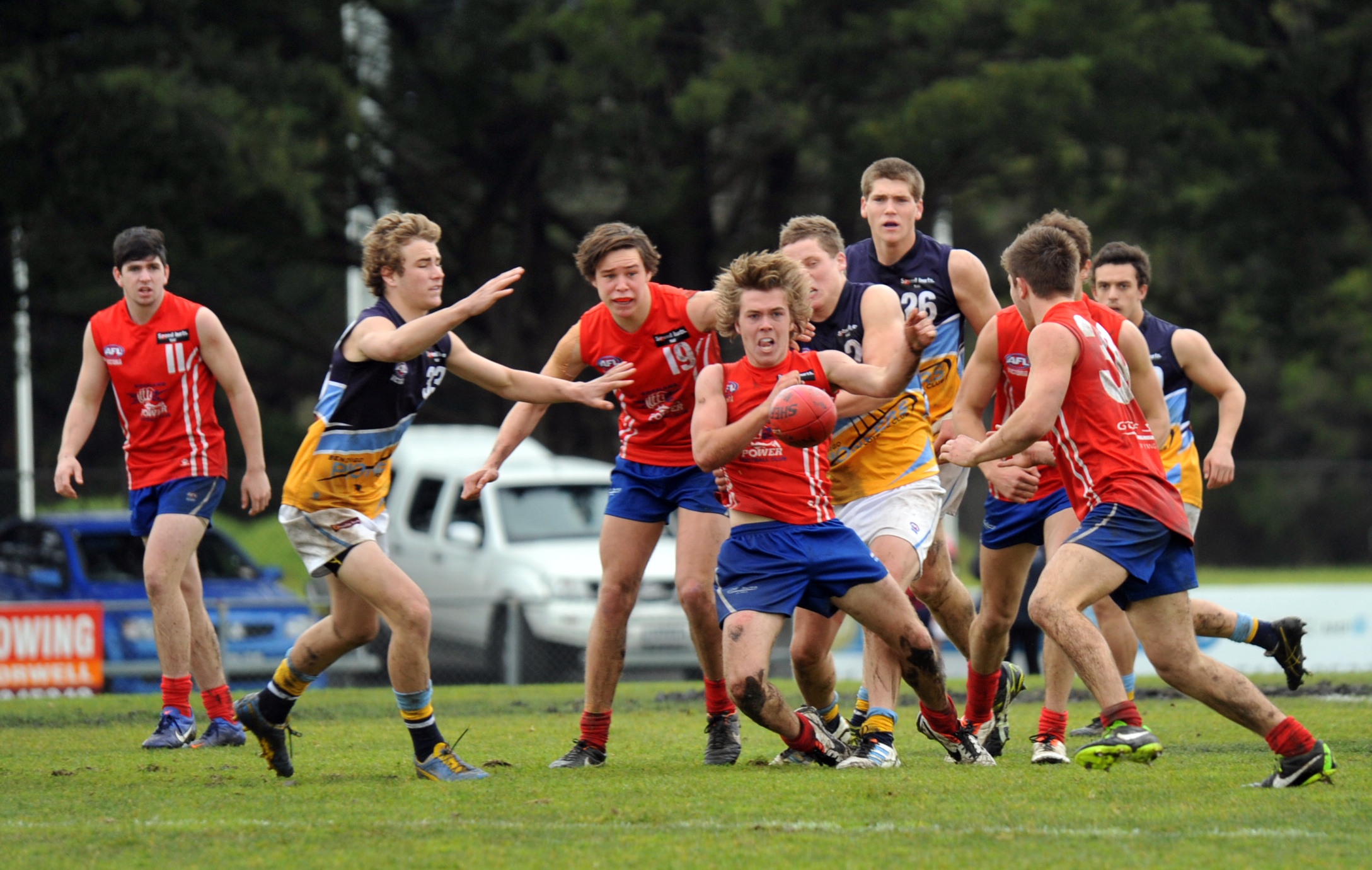 LOY Yang B Gippsland Power finally broke its bad run with a victory over the Bendigo Pioneers and, in the process, confirmed its place in the TAC Cup finals series.

On the surface a five-goal victory looked good, but closer analysis revealed that coach Nick Stevens still has issues to address.

Power had 40 more inside 50 forays than the Pioneers but again struggled to convert opportunities into goals.

Jordan Cunico provided the opening goal on the back of clever ruckwork by Jack Leslie, which enabled Ed Morris to go long and direct to set up six points.

The Pioneers upped the ante for the next 15 minutes and the Power struggled to set up scoring opportunities.

Bendigo capitalised on the run of play to score its opening major and repeated the dose to punish some sloppy Power defence.

Brenton Rees fed a handball to Alex Carr on 50 and he hammered home a long bomb.

Carr then became the provider in a similar position as Bohdi Walker kicked a ‘special’ as Power made its presence felt.

The Pioneers tied scores at the first change after scoring easily on the rebound and the Power’s spectres of the past month began to haunt it again.

The situation worsened when the Pioneers scored early in the second term after punishing lazy marking by the Power.

A long kick by Adam Wallace allowed Ben Kearns to score a reply off the pack but the Power wasted several chances to extend the lead with a spate of poor finishing.

It took a free kick and 50 metre penalty to Rohan Hildebrand for the Power to score a goal but, once again, the Pioneers hit back on the rebound.

The Power continued to miss the target until Lukas Webb allowed Kearns to take a mark and subsequently give the Power a nine-point lead at the long break.

Stevens’ half-time address looked to have an impact as Lachie Channing and Connor Ambler used quick and skilful handballs to set up Morris for the opening goal of the half.

Nathan Dennison then used some fancy footwork to kick another before Kearns turned provider for Rees to score and give the Power a lead that better reflected its dominance of general play.

The Pioneers increased their defensive efforts and stemmed the flow of Power goals.

A freak snap by the Pioneers frustrated the Gippsland side, which squandered hard-won chances to keep Bendigo in the game.

Some excellent forward pressure by Cunico set up Troy Toussaint to kick a vital goal and Power led by 34 points at the last change.

The lead could have been greater; Power had 20 more forward 50 entries but had only scored four goals from them.

With eight behinds Power failed to put the game beyond dispute.

The Pioneers added to Power’s woes by scoring the first goal of the final term after 15 minutes of average football. Ed Morris finally set up Toussaint for another before the Pioneers scored a late consolation as Power won by 31.

The Power will now play an elimination final against the Northern Knights at Visy Park in the first round of the TAC Cup finals series on Sunday from 11.15am.

After finishing in seventh Power will need to win three games to make it through to the ultimate game at Etihad Stadium.