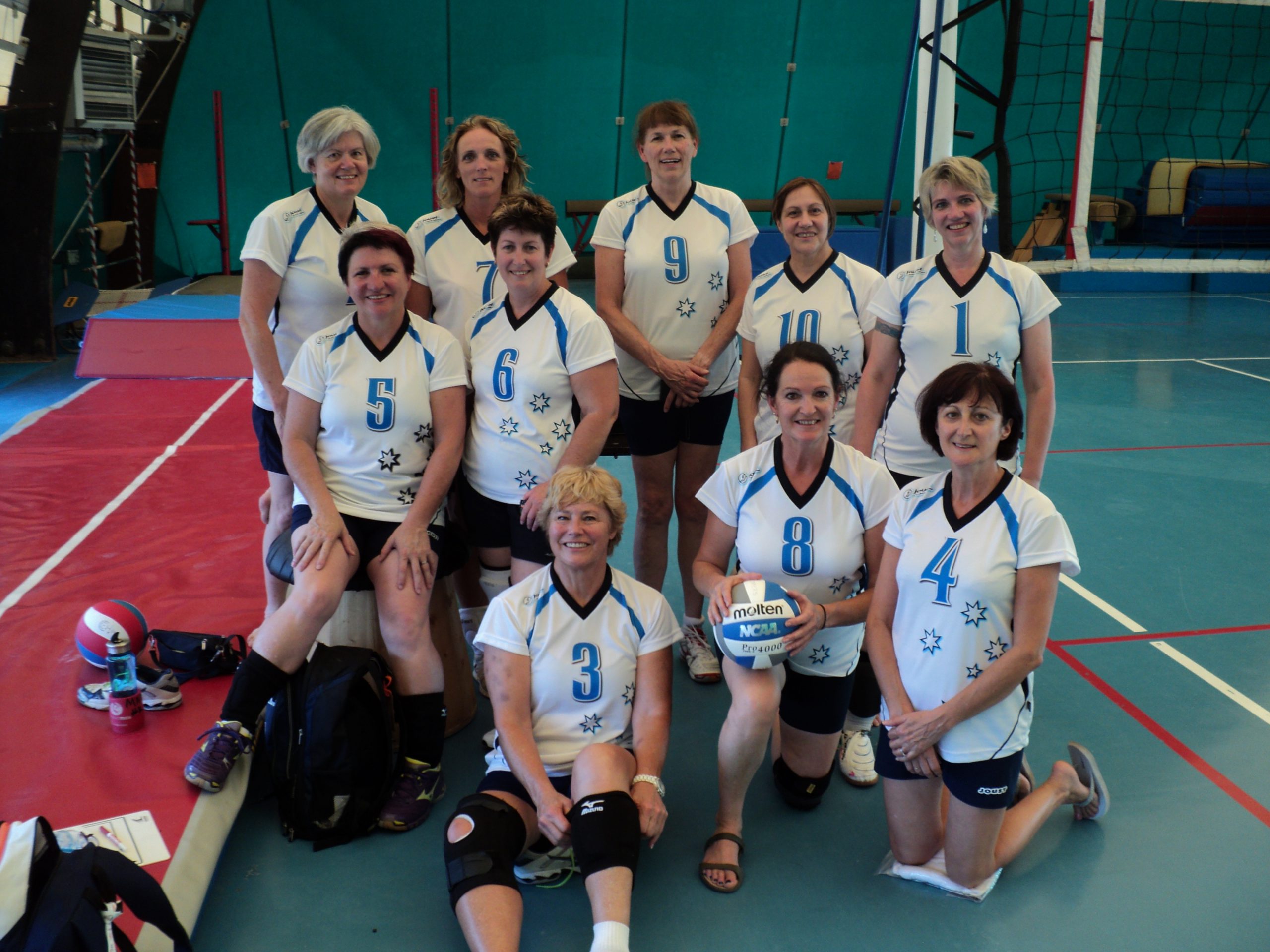 A GROUP of Latrobe Valley women have returned from the World Masters Games in Italy with gleaming gold medals jangling around their necks.

Jeeralang’s Maria Northover, Moe’s Mandy Wiggins, Morwell’s Jo Ann Totman, and Anne Bomers and Susan Lloyd of Traralgon formed a majority of the Australian Southern Stars masters volleyball team which won the 50 years plus division at the games in Turin early this month.

Alongside players from Melbourne, Geelong, New Zealand, the United States and Canada the Gippslanders played against teams from Canada, Brazil and Australia en route to the top of the podium.

After travelling across the globe to compete, the team’s first opponent was a competitor from across town.

“We went all this way and the first match we played was against Korumburra who we play on a monthly basis,” team captain and coach Lloyd said.

The Southern Stars played four games over the course of six days in a round robin format, with temperatures soaring to about 35 degrees celsius.

“We’re really delighted. Not every match was brilliant, we didn’t win every match, but we were able to pull off a gold medal,” Lloyd said.

Playing alongside international recruits, who were sourced to provide height at the net, for the first time was an additional challenge according to Lloyd.

“It worked out alright but the Americans and Canadians have different styles of playing. It was very difficult trying to ensure the line-ups and the playing style suited the majority of players,” she said.

“The general strategy was to try and have our tall players along the front line and be able to swap them off on the back court.

“Our local players, who aren’t all that tall, are really good robust players in… the back court.”

The other, less strategic, goal was to ensure everyone was involved equally.

It was the second time the team had won a medal at the world games, the first was in Melbourne where it achieved bronze.

The team had previously competed in the over 35s, over 40s and over 45s at the world games, but this year opted to field an exclusively over 50 team given the nominated division is determined by the youngest player on the side.

“It was still quite high (the standard). We’ve entered into the more recreational division, which doesn’t mean it’s… easy, but it means we’re not all national or Olympic players,” Lloyd said.

“In other world masters games we’ve played down an age group in which we get belted and come up against the ex-national Russian Olympic side or whatever it might be.”

The Italian trip marked the fourth world games for the team since 1995.

The next games will be held in Auckland in 2017 where the Aussie Southern Stars will return to defend the gold, and may have some support in the form of an extra team.

For more information about masters volleyball phone Susan Lloyd on