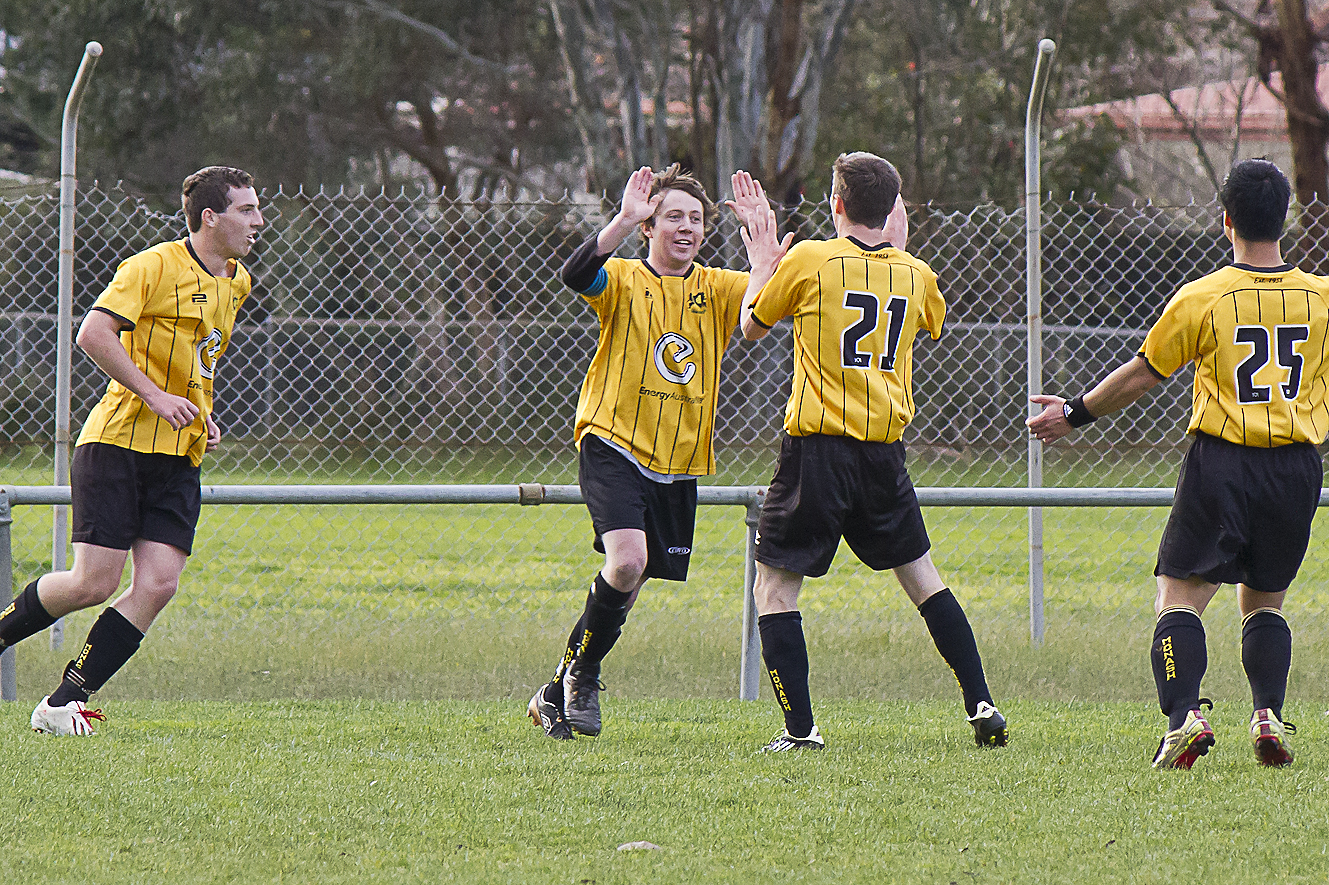 GIPPSLAND Soccer League Golden Boot winner Ashley Birrell added a verbal shot to the multitude of barrels fired on field this season, labelling the Monash attack “nearly unstoppable” ahead of its finals clash with Churchill.

Birrell won the league’s goal scoring crown out of midfield in his first season as club captain with 23 to his name, beating out Churchill’s Paul Riess (21) and Olympians’ Frank Albanese (20), and has designs on adding to his tally.

“I always love a celebration, so look out in the finals for a few (post goal) celebrations,” Birrell said.

“I reckon we’ve got one of the best attacking teams in the league at the moment. We’re nearly unstoppable.”

The 22 year-old’s analysis is hard to debate; Monash has scored 61 goals this season including 11 in the final two rounds.

Birrell has been on target in 14 out of 17 matches, including two hat-tricks against Tyers and Traralgon, and five doubles.

Only top four sides Sale United, Churchill United and Moe United have held the attacking midfielder scoreless, each side denying him once throughout the year.

After netting six times in 18 appearances last season, Birrell said the flood of goals had been an unexpected bonus.

“I’ve always scored a few goals but nothing like this year… it’s probably the best year I’ve ever had,” he said.

“It’s definitely rare (to do it out of midfield), I didn’t expect it at all. I would have been happy with half a dozen goals for the season but I kept putting them away.

“A few penalties, a few set pieces and a bit on my own back as well. It was pretty much a team effort… I was just lucky enough to be in the right place at the right time.”

Birrell singled out a 30-yard free kick against Fortuna 60, when Monash was 2-1 down, that sailed into the top corner as the pick of the bunch.

Monash faces Churchill next weekend for a grand final berth.

“I reckon we’ve been unlucky (against them this year) and at the moment they’re struggling a bit too and finals football can bring anything to the table,” Birrell said.

The Newborough local has played with Monash for the past five years.