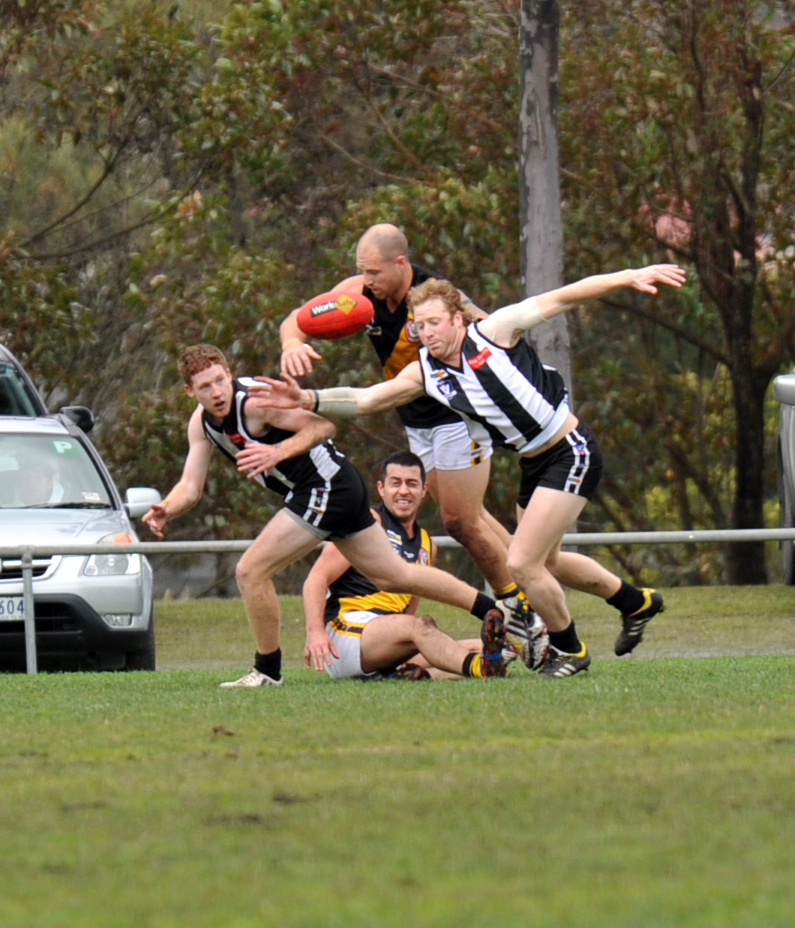 YINNAR’S James Dowling was named best and fairest at the Mid Gippsland League vote count and presentation night on Monday.

Dowling said the win came as a “surprise” given that he had rarely polled well in previous years.

The 28 year-old was back at Yinnar in 2013 after a two year hiatus from football and had previously played for the Magpies and Morwell.

The midfield/forward player missed the preliminary final, due to a hamstring injury sustained in the semi-final against Mirboo North, and said the award was no consolation for Yinnar missing out on a grand final place.

“I would much prefer to be playing on Saturday,” he said.