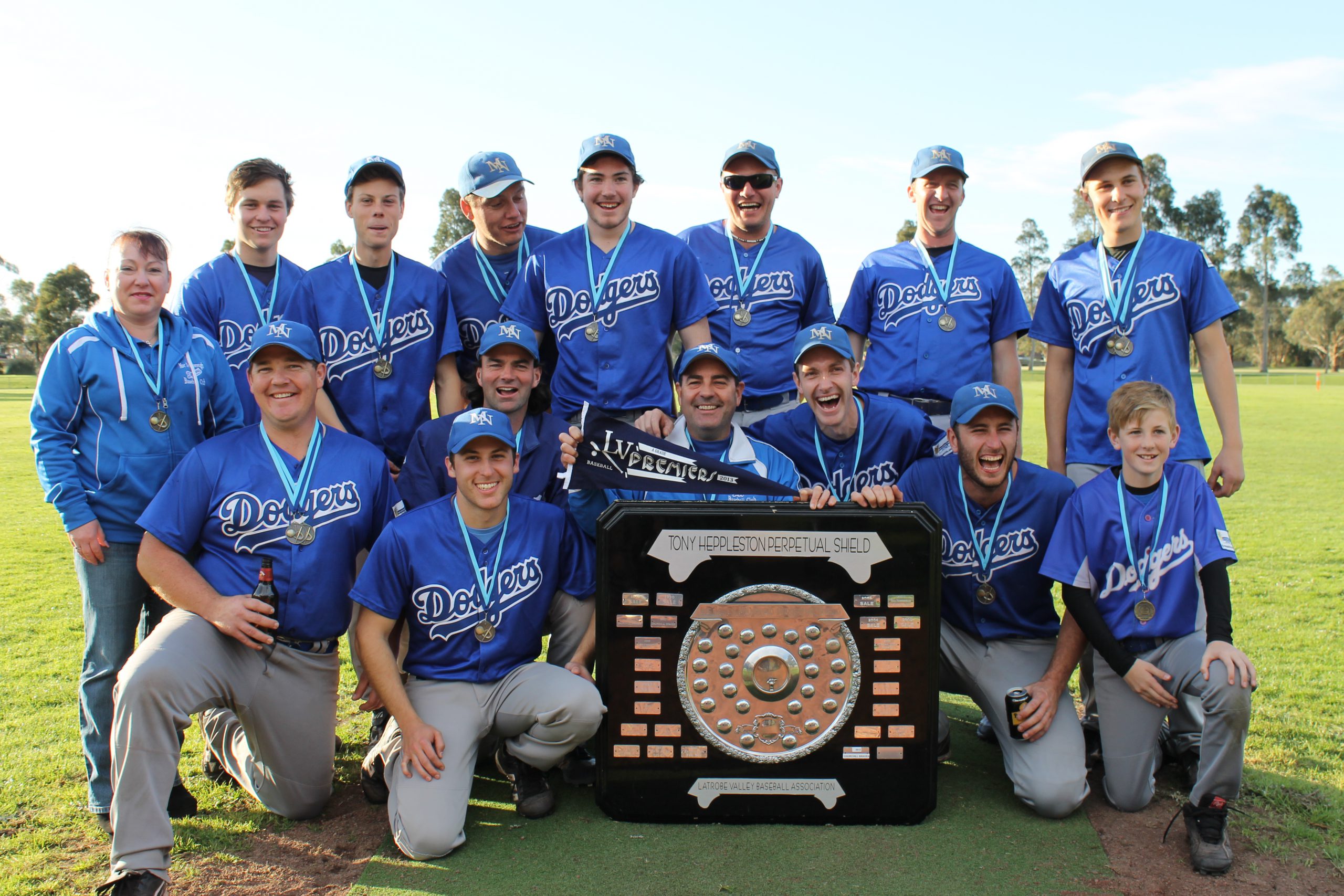 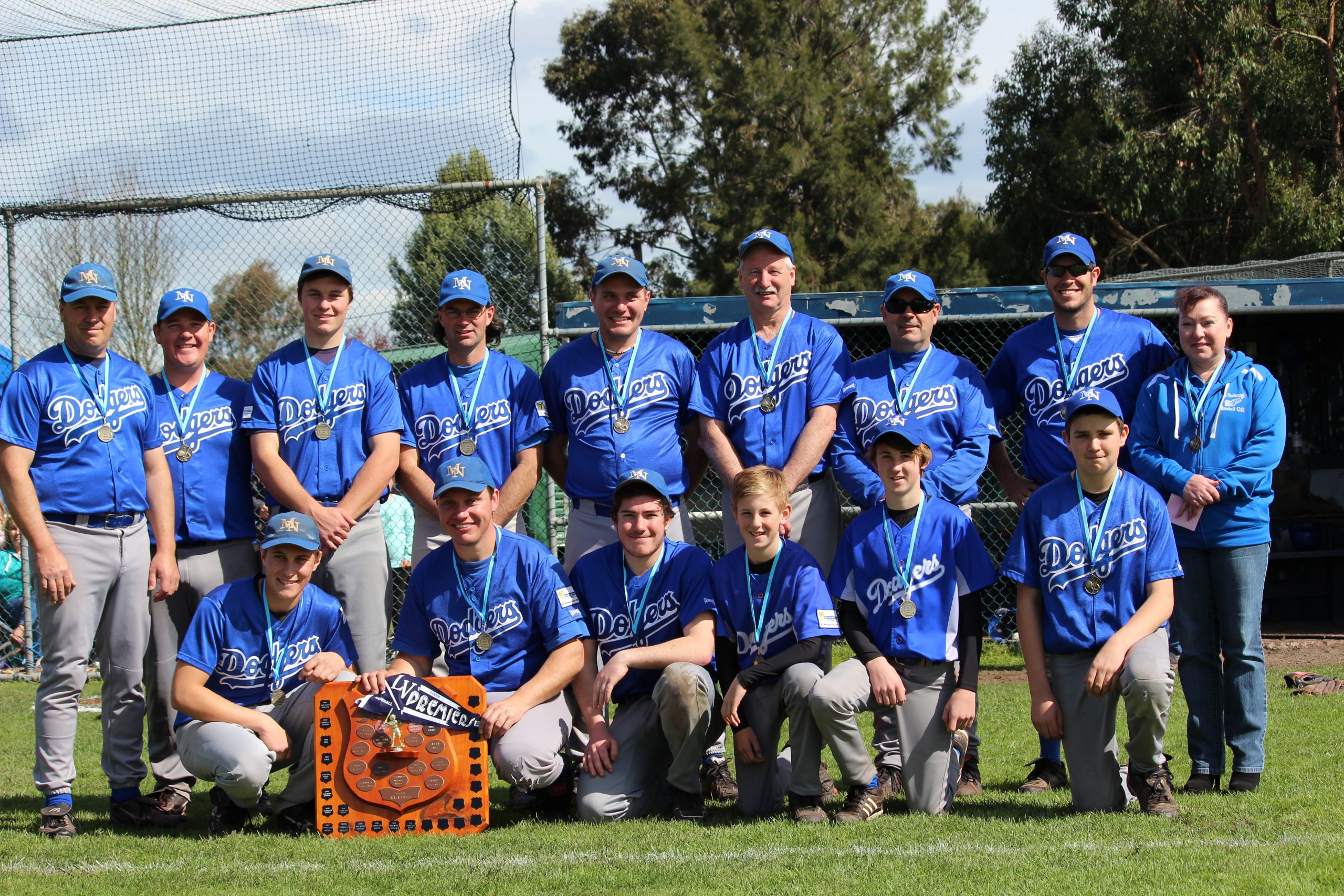 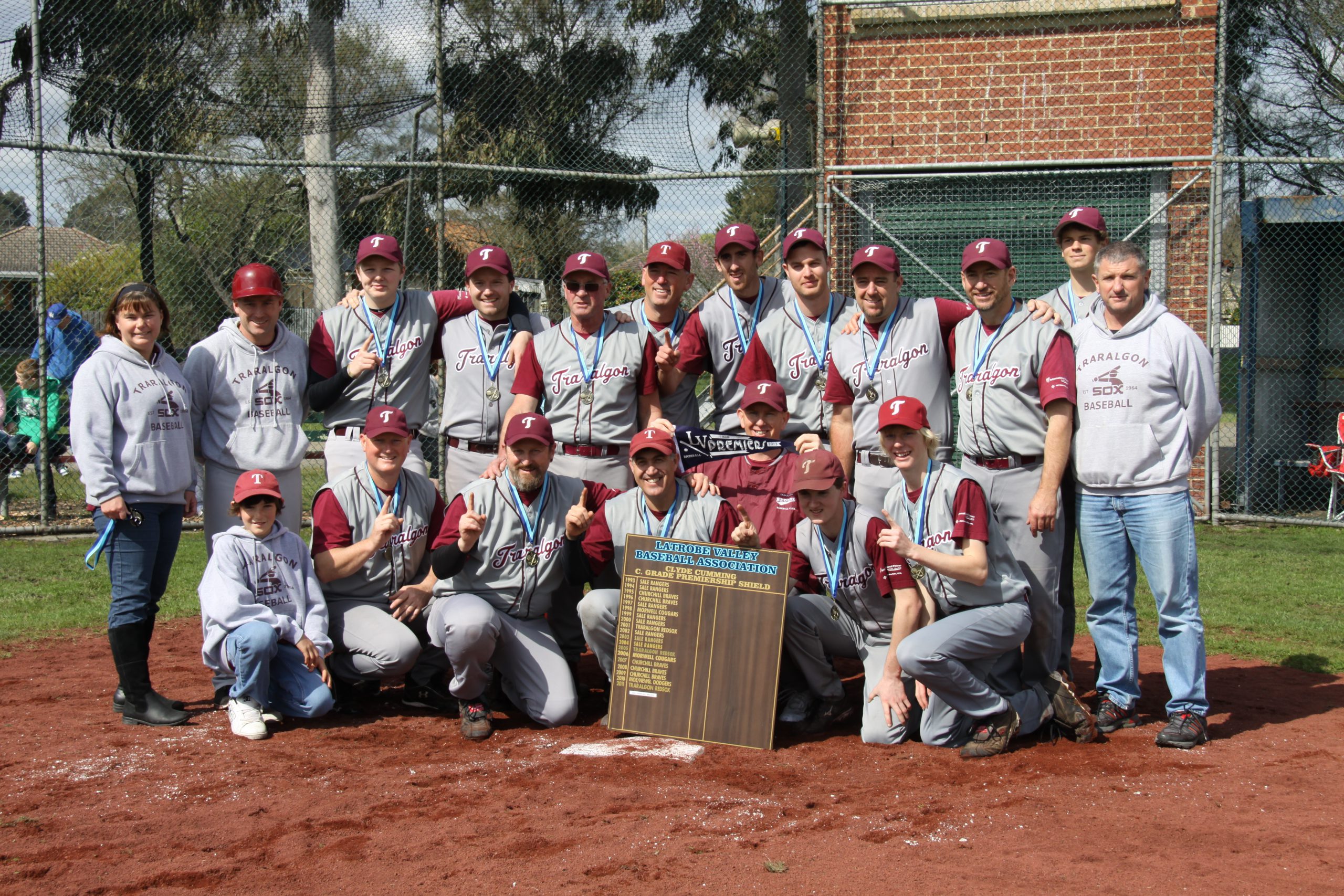 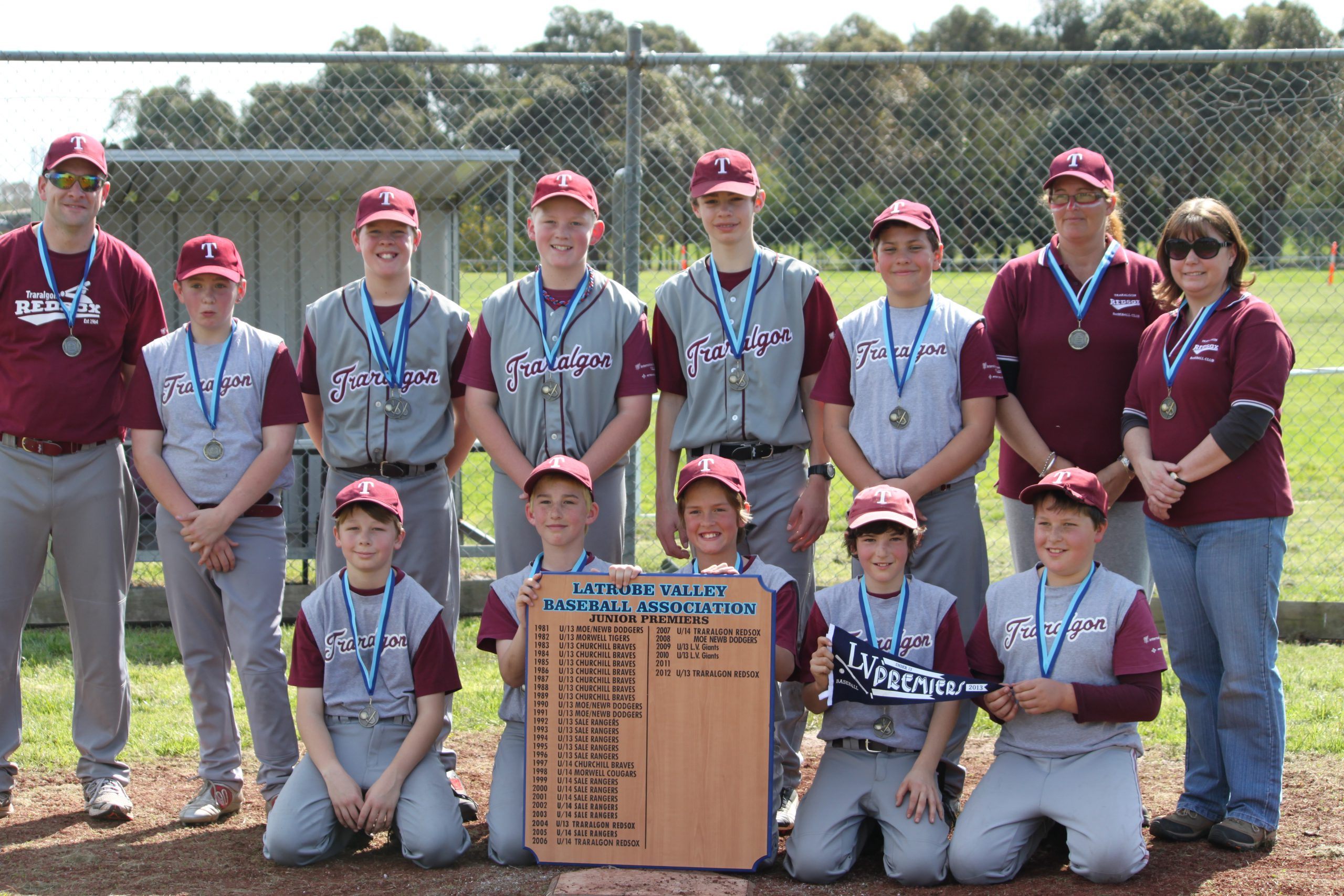 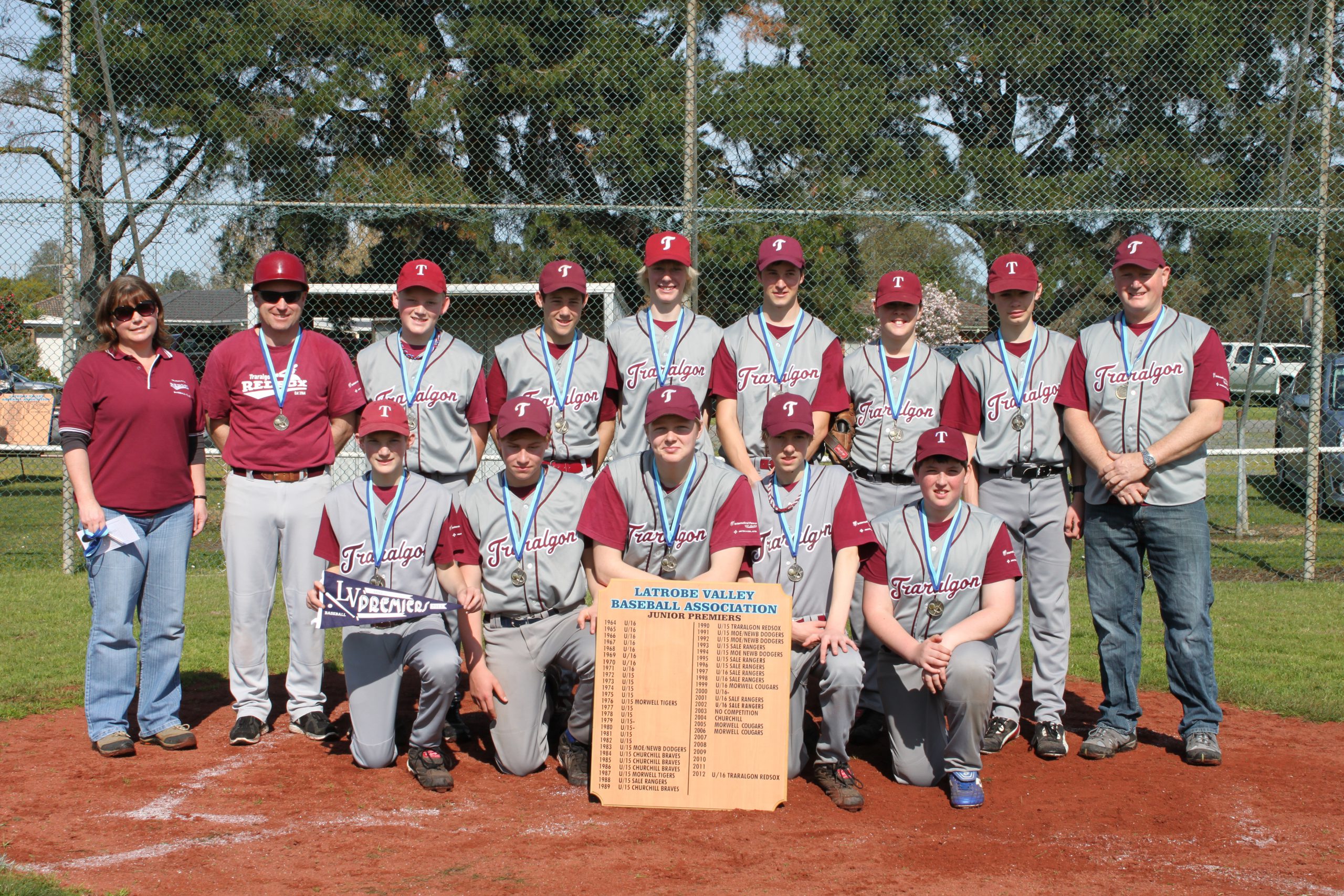 THE Moe Newborough Dodgers broke its premiership drought last weekend with a 7-2 grand final victory over the Traralgon Redsox to lift the GDF SUEZ Loy Yang B Latrobe Valley Baseball shield for the first time in 11 years.

The outstanding club for season 2013 also claimed the B grade flag to cap off a dominant campaign.

The Dodgers went on the attack from the outset in crisp conditions at Burrage Reserve, scoring one run in the first inning and adding another in the second before Traralgon opened its scoring with one in the third.

Dodger Nathan Simpson topped off his outstanding season with a stunning performance on the hill, allowing just one earned run, four hits and struck out five batters.

He also scored two RBI’s on three hits with the bat and was named most valuable player for the grand final.

The Dodgers continued to put pressure on the Redsox, scoring four more runs in the fifth and one in the seventh inning.

Traralgon scored in the eighth, but were shut down by Simpson, leaving runners on base.

The Dodgers held on to win 7-2 and ended their extended stint in A grade limbo.

THE B grade final was contested between Moe/Newborough and Churchill.

The Dodgers dominated all season and were not to be denied on grand final day.

A strong start on the hill from Dodger Dale Simpson shut out the Braves’ first three innings.

The Dodger bats also opened up in a flurry, scoring seven runs in the first two innings.

Pitching changes for both teams saw a reversal in fortunes as the Braves scored four runs in the next three innings while the Dodgers were held to just two runs for the rest of the game.

Ultimately, the Dodgers held out the Braves to take the win 9-4 and ended a strong year with the flag in hand.

TRARALGON Redsox emerged victorious after an epic encounter with Morwell Cougars in the C grade final.

The Cougars, who had conquered all comers in 2013, came out fighting from the start to register seven runs in the first inning.

The Redsox made a slow start but worked their way back into the game with some strong hitting and good defence.

The lead would change two times before the Redsox gained the advantage heading into the last innings and they held on for a memorable 15-9 win.

TRARALGON Redsox won the under 16 and under 13 titles, securing a positive future for Redsox baseball.

All clubs were represented in the junior finals in a positive sign for the longevity of the GDF SUEZ Loy Yang B Latrobe Valley Baseball Association.