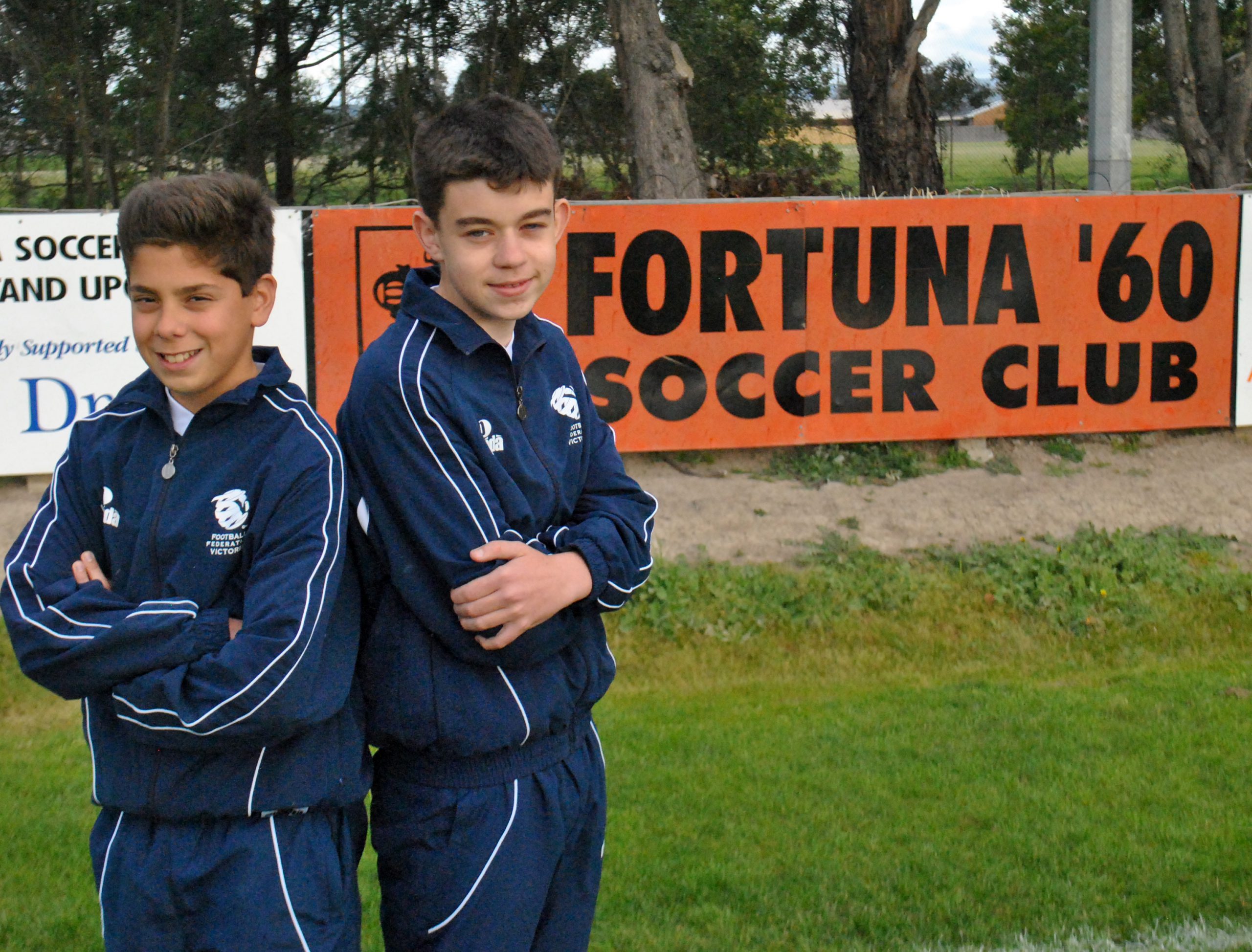 Two Fortuna 60 juniors have been selected to represent Victoria at the National Youth Soccer Championships in Coffs Harbour this month.

Grant McShane from Traralgon and Xavier Nardone of Churchill, who play under 14s together at the Morwell club, made the cut last month after an extensive trial process dating back to early 2013.

The pair emerged from an original pool of 150 players, comprised of country squad team members across Victoria, after a series of trials which began in March.

Their performances in practice matches against Canberra and New South Wales helped cement positions in the final squad.

They will now face off against Queensland, Tasmania, Western Australia, NSW and Canberra at the upcoming championships.

Grant, who plays striker, and Xavier, a centre midfielder, said it was an advantage playing alongside a teammate throughout the selection process.

“We know how each other turns and plays and dribbles and all that kind of stuff,” Xavier said.

Training up to five times a week between Morwell and Melbourne, the determined double act has been steadily improving with the representative side.

The boys, who won their Gippsland Soccer League grand final 4-1 over Sale this month, said the quality was much higher at state level.

“It’s a massive step up from club,” Grant said.

“(I’ve worked on) the touch pass mindset… (but) you improve every part of your game at the training, it’s been a great experience so far.”

Xavier said he had developed as a result of playing out of his comfort zone.

“The coach doesn’t always put you in the position you want to play, he’ll try and mix it up a bit and see how you react,” he said.

“He likes me to work hard on transition… to win the ball back quickly. I think I’ve worked really hard at that and I’m slowly getting better at it.”

The NYC runs from 30 September to 4 October.

“Hopefully we can first of all play well, both of us, and also get some wins and play with a smile on our faces,” Xavier said.

Fortuna 60 teammate Clayton Monacella narrowly missed selection in the side.