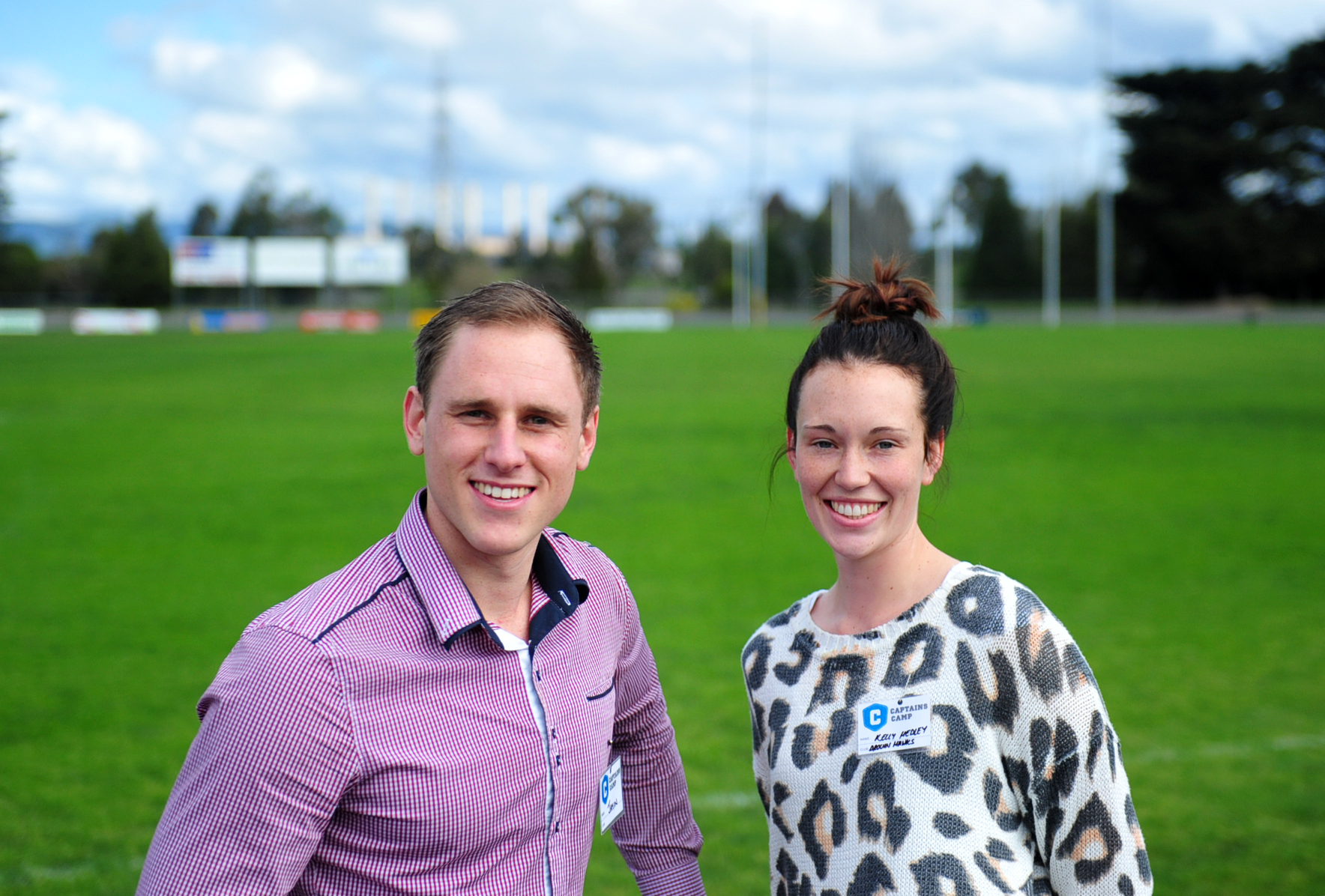 THE football netball season is at an end but the journey continues for a host of junior captains in Gippsland.

Thirty of the region’s up-and-coming skippers are set to embark on a second Captains Camp next week as part of an ongoing program to groom influential under 15 to under 17 sportspeople for future leadership roles at their clubs.

The brainchild of Leongatha’s Jamin Heppell, brother of Essendon star Dyson Heppell, Captains Camp aims to help junior athletes realise their potential as role models and drivers of positive culture in their clubs and community.

The program opened its doors to a recently identified mentor group – existing sporting leaders chosen by the junior captains to assist in their development at club level – on Sunday at Morwell Football Ground.

Yinnar Football Club president Peter Linton, who was nominated as a mentor by Magpies junior Lucas Monacella, said the program had already made a significant impact after just one five-day camp.

“I’ve been blown away with the program so far… Lucas, who went on (the first camp) for us, he said… it was a life changing experience,” Linton said.

“The change in Lucas after one camp is just absolutely amazing.”

Linton said his involvement with Captains Camp was about preserving the “brilliant” culture at Yinnar Football Club well into the future.

“People come and play at Yinnar because of the culture and we’re improving it every year,” he said.

“It’s nice to kick left and right foot but it’s more important to be a better person.

“We’re there more as a sounding board and to make the right choices so the kids can see that… we play a role in the program, but it’s more about what the kids get out of it.”

Having taken leadership cues from the senior playing group as a former under 17 netball captain, Drouin Hawks mentor Kelly Hedley knows how influential top down club culture can be.

“You’re inspired by them just by watching them and doing what they do as well,” she said.

“As a netball club and football club, you’re one of 10 or 18, so regardless of whether you’re top age or bottom age to show some guidance to your teammates (is important).”

Nearing the halfway mark of the Captains Camp pilot, which Heppell plans to roll out nationally pending its success in Gippsland, the theme of this month’s camp is inclusion.

The captains will head to Melbourne to work with Sudanese youths at the North Melbourne Huddle, or Learning and Life Centre, engage in wheelchair basketball with a paralympian and focus on breaking down social barriers.

“It’s all about acknowledging ways in which they can create a more inclusive culture within their local club, school and community,” Heppell said.

“For us the biggest outcome the guys could take out of this upcoming camp is an appreciation and acknowledgment of the cultural diversity of Australia and hopefully change some attitudes and perceptions around particular sub-cultures.”

The next camp runs from 30 September to 2 October.