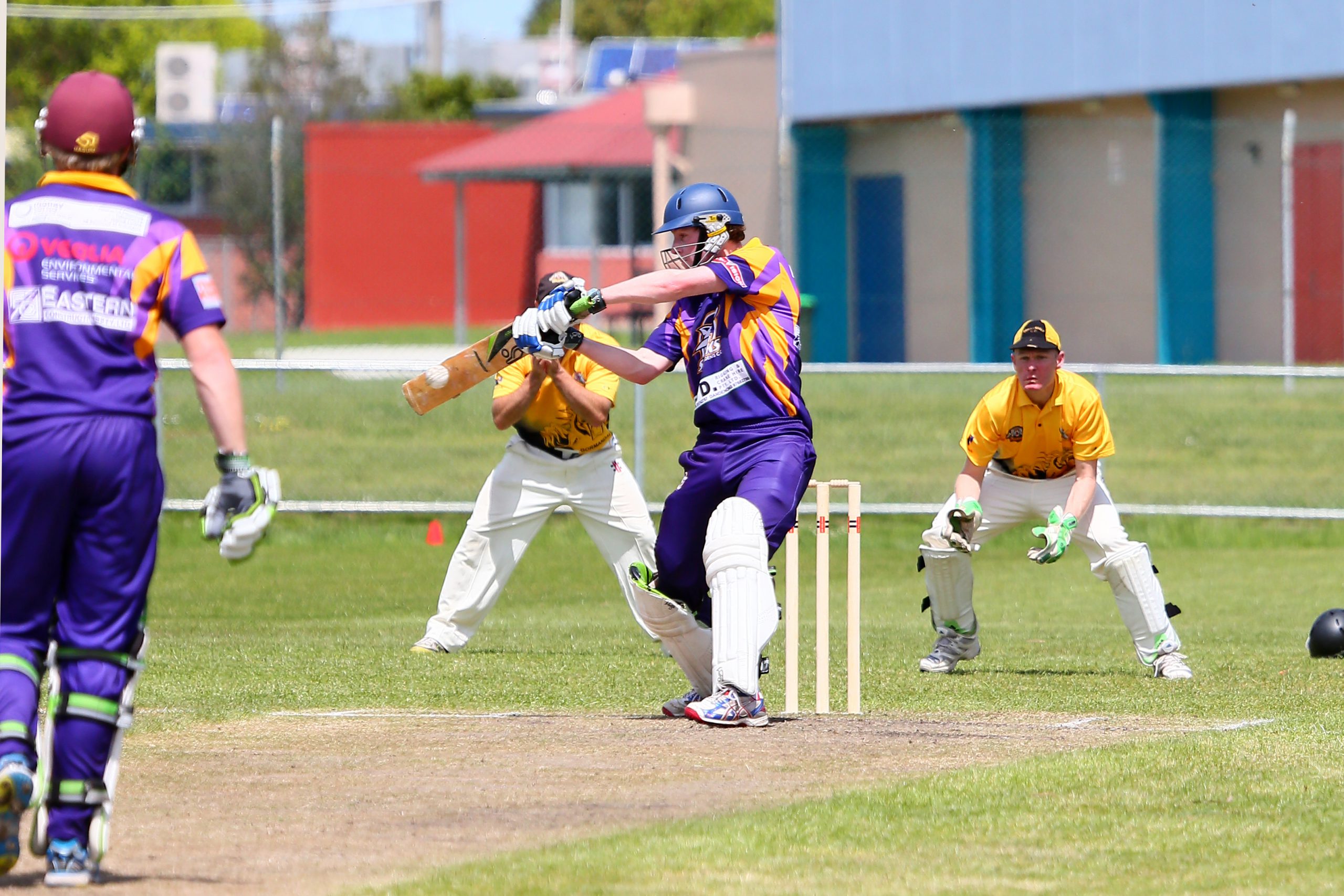 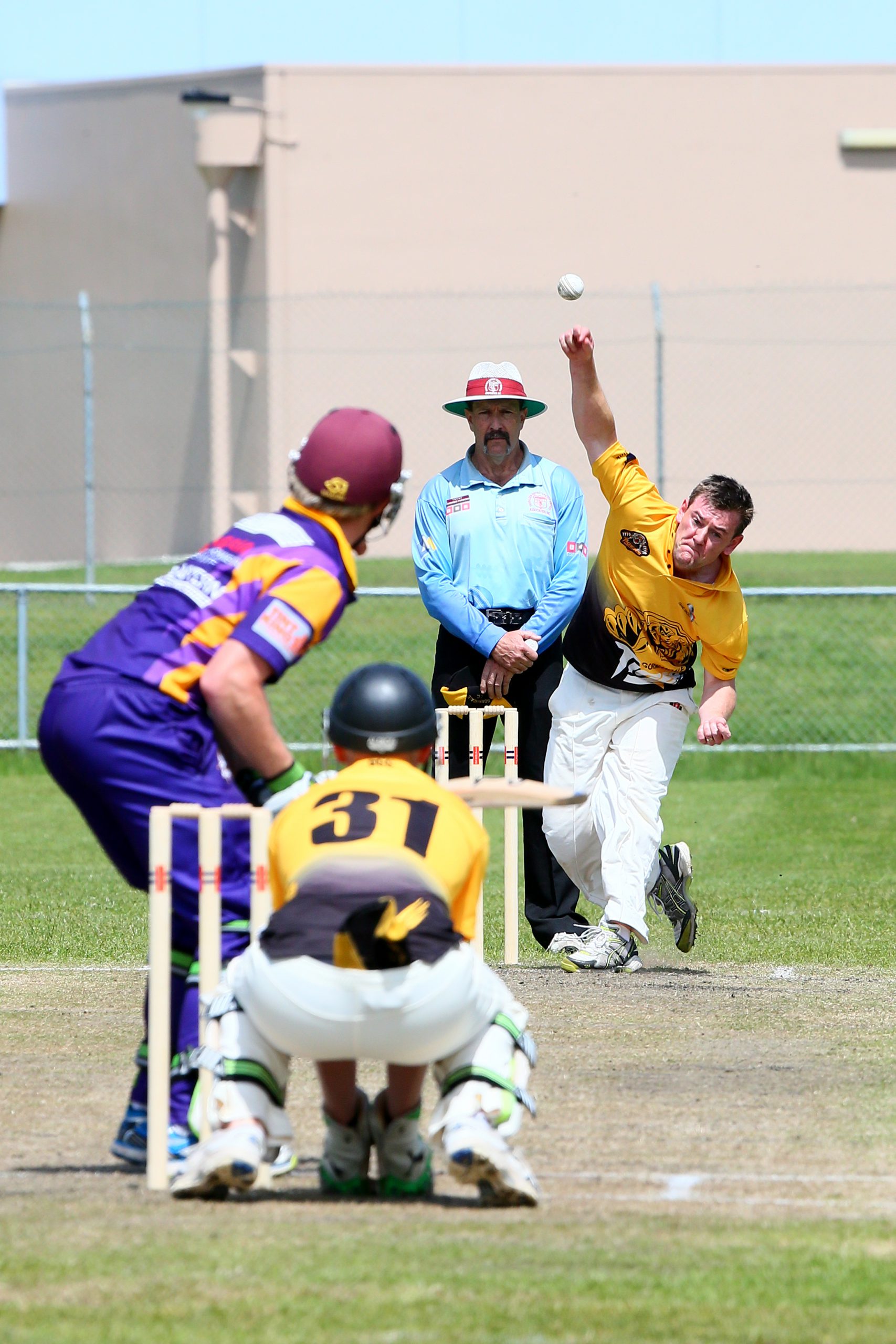 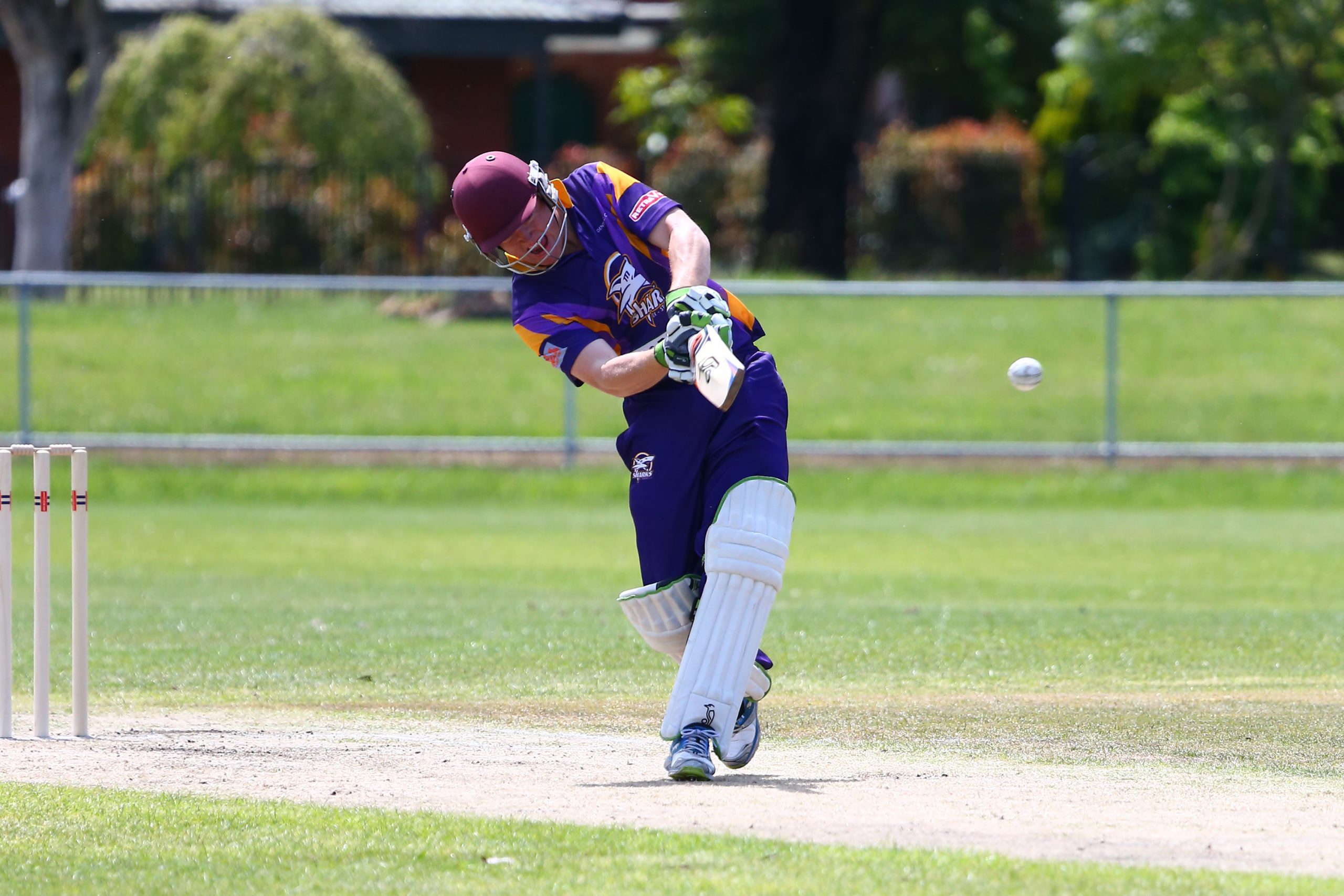 THE blockbuster game of round two turned into a fizzer as the all-conquering Sharks were left floundering by the hungry Tigers.

Ex-Students skipper Lee Stockdale won the toss and elected to bat before he and Greg Munro made a steady start of 39.

Michael Warne’s fighting 20 at number nine helped Ex Students limp to a total of 114 all out in the 42nd over.

The Tigers’ bowlers were tight with Stu Anderson 3/15, Will Cheatley 3/22 and Shaun Barbour 0/11 doing the damage.

Students searched for early wickets but Adrian Burgiel and Kent Hammond were up for the fight.

In a surprise move, spinner Stockdale opened the bowling to the delight of Burgiel, who proceeded to take 22 off the over including three sixes.

The game was all but over when Burgiel reached 50 by the eighth over, with four fours and four sixes to his name, guiding the total to 71.

Al Jenkin made 17 and Kent Hammond 36, while Stuart Anderson capped off a great game with 22*.

RAIDERS won the toss and sent Centrals in to bat, which proved a shrewd move early on.

First out was Steve Hazelman and Dean Rode soon followed as Centrals lost 2/18.

Mark Rawson again showed nerve with a well compiled 36 while Sam Gray held the middle order together with 33*.

Ultimately Centrals was all out for 127 in the 45th over.

Leigh Jensen claimed 2/36 and Brad Knowles was tidy with 1/9 from nine.

Raiders started their innings cautiously and at 3/65 looked on track.

Corey Pollard (3/22) was best for Centrals with the ball.

GLENGARRY won the toss and sent CATS into bat at Glengarry after the game was shifted due to the condition of the CATS ground.

Glengarry rolled them for 62 and made 6/86 in reply to record an easy win with Ben Julin unbeaten on 37*.

CHURCHILL won the toss and batted against Traralgon West and made a solid 8/192.

Skipper John Keighran was in good touch with 43 and new recruit Ryan Ayers continued to impress with a stylish 43.

Churchill bowled Traralgon West out for 107 with Ben Kearns taking 4/13 and Riley Flanigan 2/8.

ROVERS won the toss and batted allowing Malnaide Desilva (27) and Simon Duff (45) to add 71 for the opening stand.

This set Rovers on the way to a good score of 180 with Peter Ingwersen (38) chipping in as well.

Joel Randall took 3/55 to be the best of the Imps bowlers.

In reply Imps at different stages looked in control but could not get any batsmen to go on and make a big score.