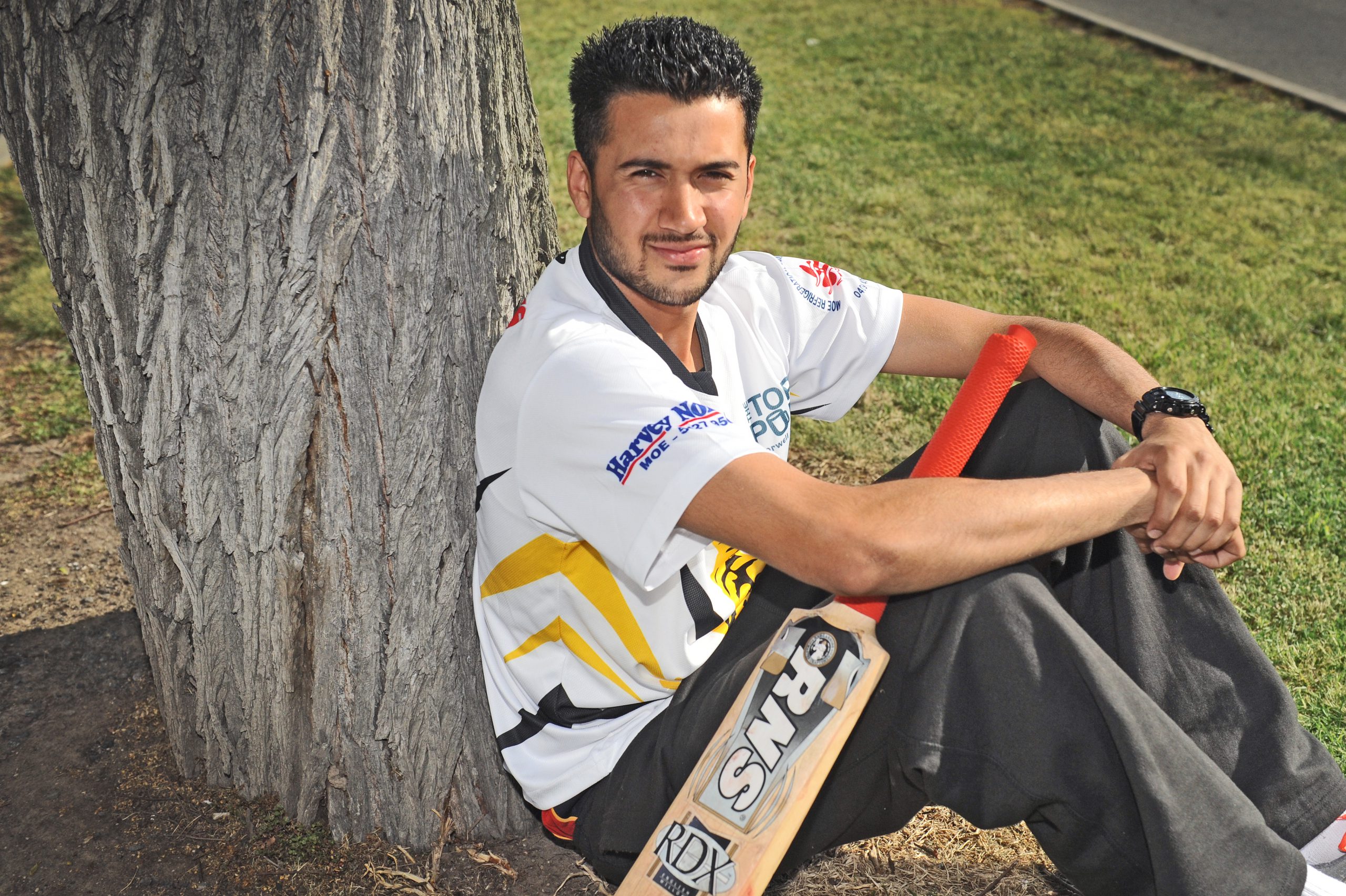 Riyaz Pathan is a Canadian of Indian descent with a love of Australia’s national sport, a compelling combination which led him to Morwell Cricket Club this summer.

The 24 year-old all-rounder from Toronto Cricket Club is spending his domestic off season in the Central Gippsland Cricket Association to further his case for national selection.

Pathan has scored 106 runs at 26.50 to date for the Tigers, including a half century against Mirboo North, and is settling in Australia’s currently heavy conditions.

Harbouring lofty goals for his southern sojourn, the Canuck said the trip was an opportunity to concentrate on cricket free from the distractions of home.

“I’m away from home and friends so I’m kind of isolated. I’m treating it kind of like boot camp… my main intention here is to stay focused, work out, train and keep it cricket orientated. These opportunities don’t come (often),” Pathan said.

Already on the fringes of the national squad, which pace bowling brother Rayyan is a member of, Pathan was a part of the national under 19 team for five years and played at the under 19 world cup in New Zealand.

Now chasing a senior berth and a chance to help Canada qualify for the 2020 World Cup, Pathan hopes his Australian journey is the answer.

“I’m in the mix, I’m training with them (the national side), I’m on the verge of making their squad so that’s why I’m out here training… trying to improve and hopefully make the team,” he said.

Despite living in a non-test playing nation, the Pathan family shares a passion for cricket.

While other children were smacking hockey pucks across the ice, the Pathan boys were practicing their drives, cuts and hook shots in the living room.

“Our whole family is interested in cricket. Our carpets are marked (from balls), my mum gets mad at us all the time because the ceilings look like stars where the balls keep hitting them,” Pathan said.

Clearly the practice paid off.

Pathan joined the Canadian under 15 side at age 13, and moved up to the under 19 ranks the following year where he remained until turning 20, playing a series of ICC regional events.

Now competing in his country’s top domestic league, which attracts a large contingent of foreign first class players, Pathan believes Canadian cricket is on the right path but needs support to flourish.

“Everyone in Australia knows about cricket but in Canada it’s more ice hockey, there’s a lot of talent there but it never gets pushed,” he said.

“Our domestic league is at a decent level… a lot of (professional players) from West Indies, Sri Lanka, Pakistan and people who have off season they come… every team has three or four of them.

“It’s so diverse, so multicultural, I think in the next five to 10 years (it will take off). It’s already making progress there’s just not much funding and public interest.”

Pathan has ranked in the top five wicket takers for the past two domestic seasons, and averaged about 35 with the bat.

Seven rounds in to the CGCA Pathan said the standard was slightly lower, but still an ideal front to develop his game.

“I think back home it’s a bit tougher just because there is a lot of first class players who come there and play because they get paid good money, that helps our domestic league,” he said.

“It’s still a decent level for me to express myself, try different things and I’ve still got to perform, it’s not peanuts. It’s a place where I can try to develop more and there’s more responsibility on me here so it’s a different type of atmosphere.”

As for runs and wickets, Pathan was tight lipped on his goals.

“You’d probably think I’m crazy so I’ll keep them to myself,” he said.

“I have high expectations for myself.”