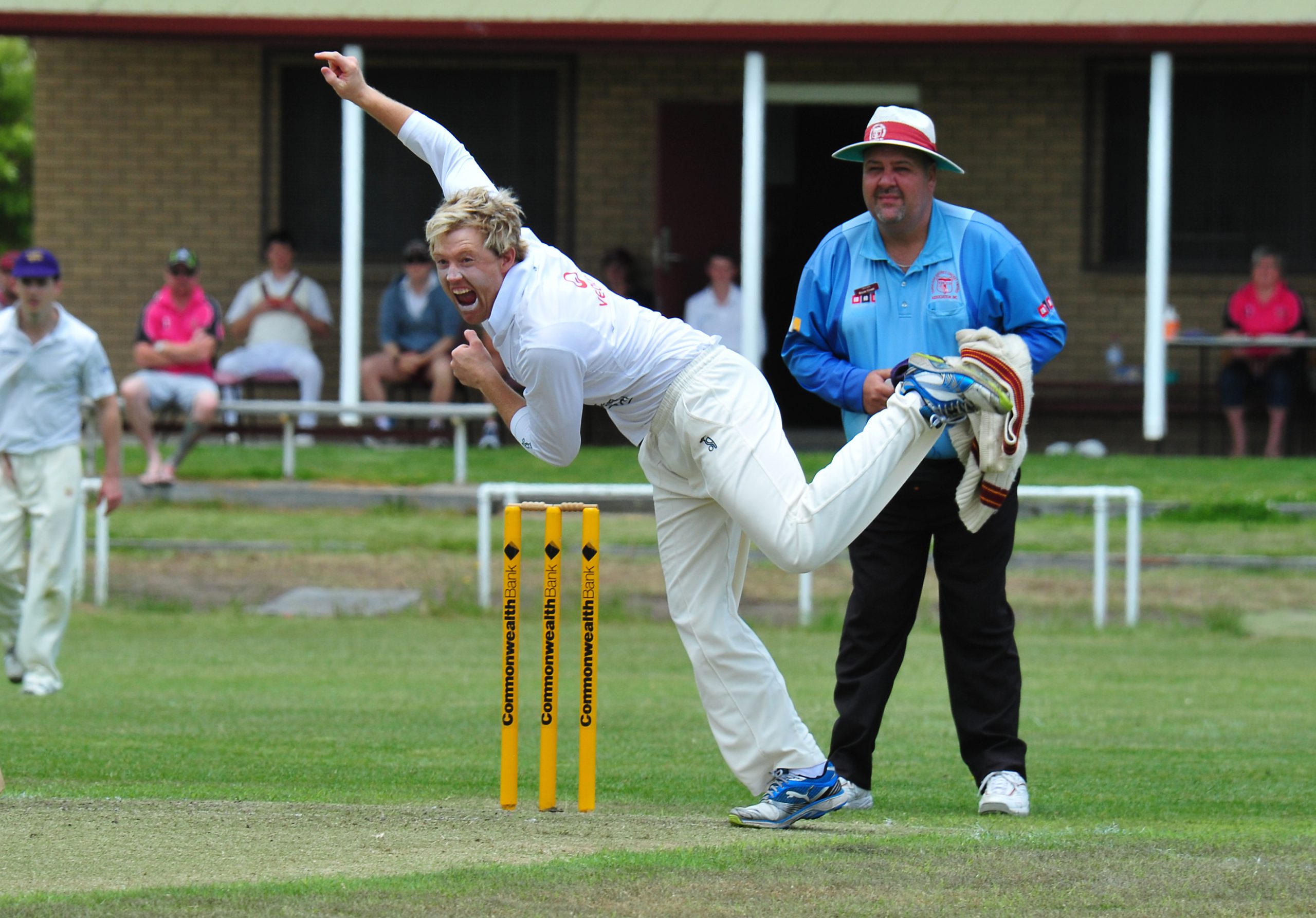 Ex Students Sharks captain and Traralgon Tornados star Lee Stockdale has broken into the Victorian Country Cricket League side to contest the 2014 Australian Championships in January.

Stockdale was named as a reserve in the 2013 team, in which Gormandale batsman Adrian Burgiel played a starring role, and is poised to fill the role of genuine all-rounder at the Canberra cricket carnival.

The 25 year-old, formerly of Melbourne Premier Cricket side Fitzroy Doncaster, said being on the fringe motivated his decision to trial again.

“Getting close last year, I thought I’d have one more crack at it; it’s something I always would have liked to have done so now to get the chance it’s pretty exciting,” he said.

“Trialling last year with the boys that made it and playing first grade in Melbourne a few years ago will hold me in good stead for the carnival.”

The Traralgon and District Cricket Association premiership skipper has had domestic batsmen in a spin again this season with six wickets to date, following on from a mammoth haul of 50 scalps in the Sharks’ all conquering 2012/13 team.

Stockdale has also amassed 98 runs at 24.50 with the bat – shy of his usual lofty standards which yielded two tons and in excess of 500 runs last season – but feels he is seeing the ball well.

VCCL coach Jason Mathers indicated Stockdale will bat in the lower middle order and be offered a heavy workload with his slow bowling.

The reigning TDCA best and fairest winner has no specific goals for the competition aside from making an impact in some capacity.

“Just to contribute and do well, and just prove I’m capable of playing at the higher level,” he said.

The side was selected after regional training sessions and one at the Melbourne Cricket Ground, followed by a trial match in Seymour.

Victoria Country finished runner-up in Bundaberg at this year’s carnival in January, where Burgiel was among the leading run scorers.