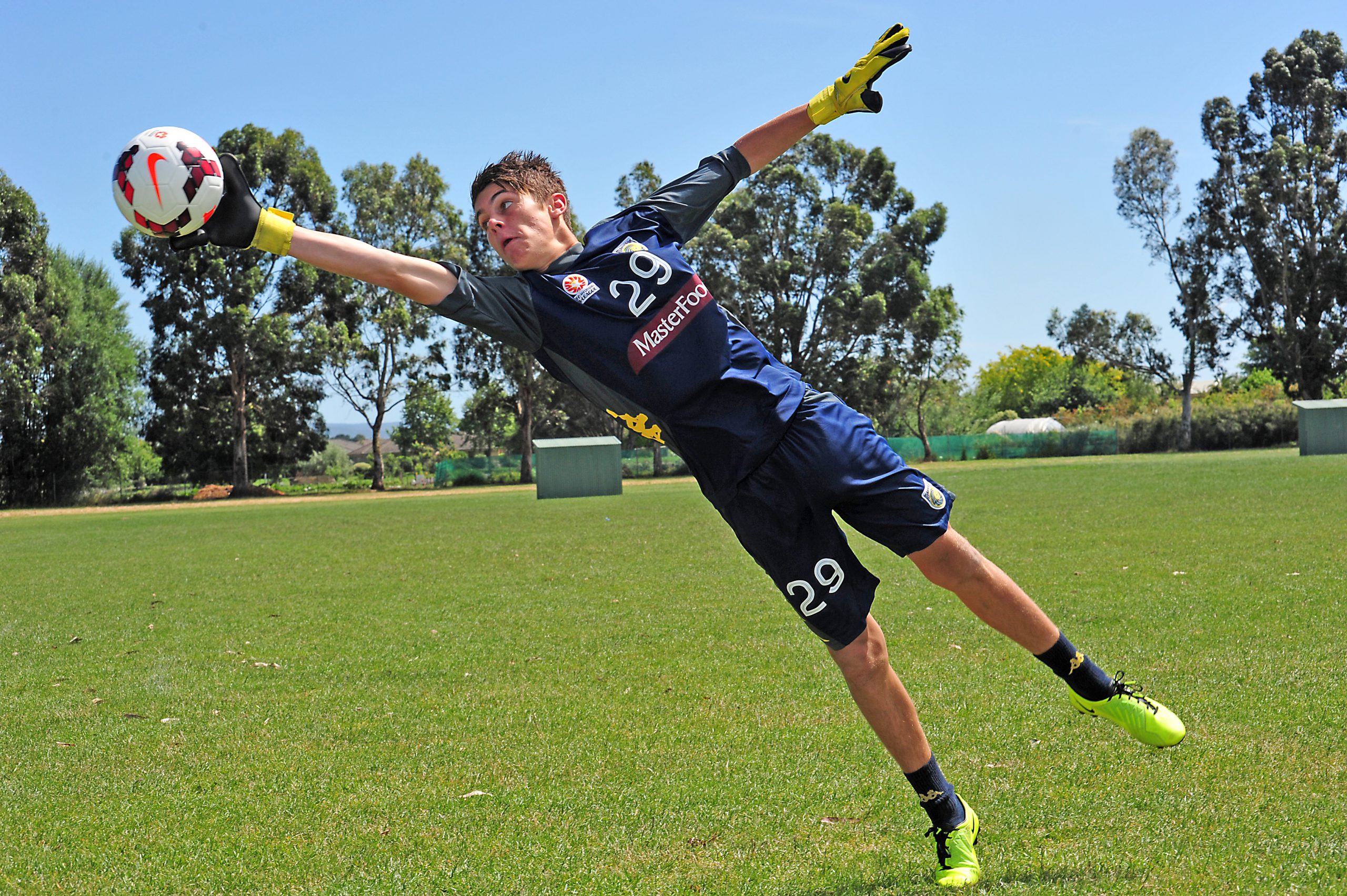 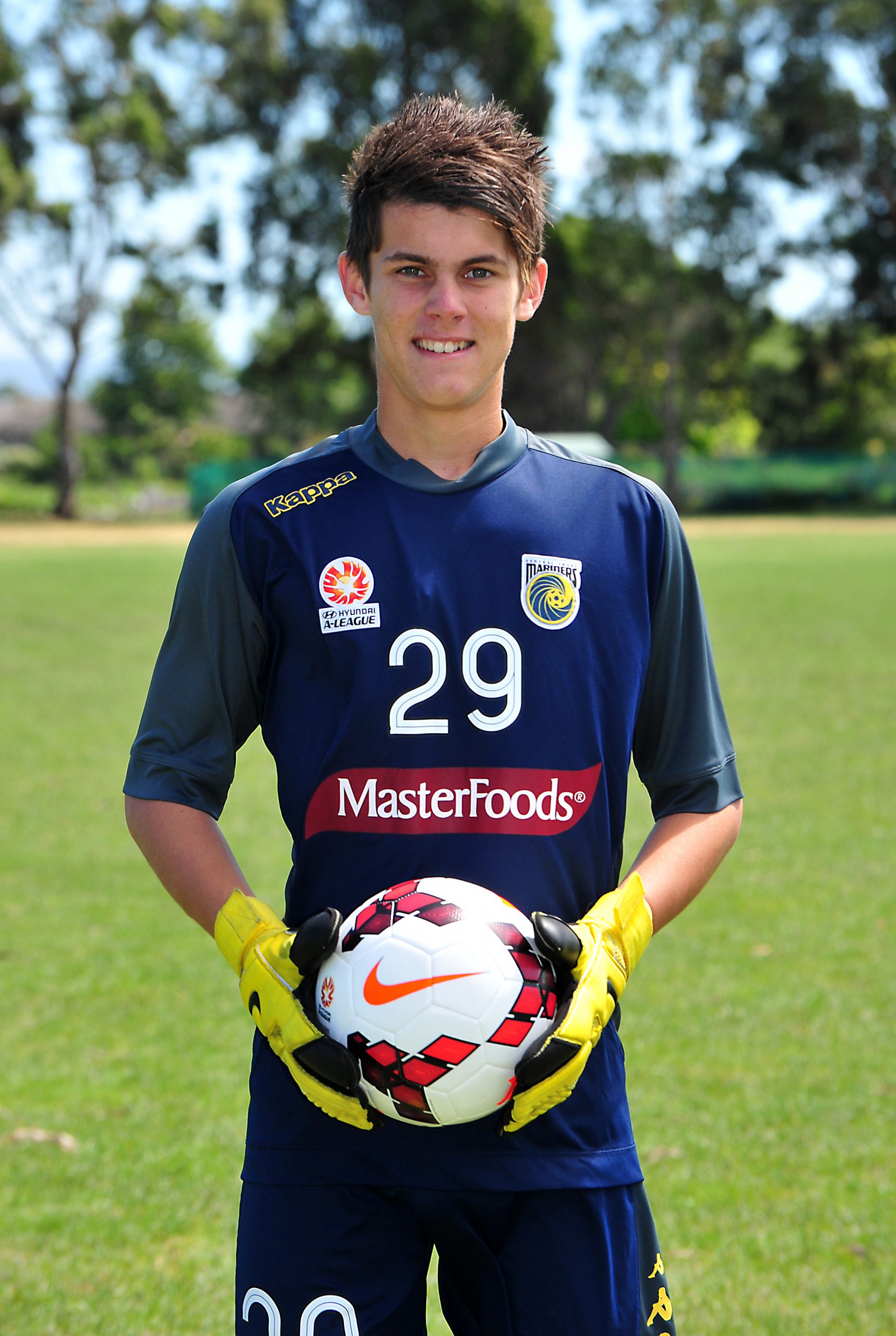 AFTER an intensive week of training with the Central Coast Mariners, Traralgon’s Lachie Galea inherited a pair of goal keeper Justin Pasfield’s gloves and playing shoes – now he plans to walk a mile or two in them.

After all if the boot fits – and in this case it does – why not wear it?

The MC Football academy shot-stopper followed the precedent of Olympians player Baley Row this month when he travelled to Gosford for a taste of the A-League under the wing of premiership club captain and former Gippsland Falcon John Hutchinson.

Lachie impressed during a Monday skills session and was invited to join training for the remainder of the week, culminating in a chance to run out on to the Central Coast Stadium turf with the Mariners prior to their round nine clash with Sydney.

Under the tuition of top side keepers Liam Reddy and Pasfield, along with renowned coach John Crawley, the 15 year-old was subjected to the most comprehensive week of football in his young life.

The Gippsland gloveman spent two days with the top team keeping group, followed by a full day at the International Football School, Thursday training with the under 18 youth team and a Friday run on Bluetongue Stadium.

“It can’t compare – the standard up there, how hard I was training, had never happened before. It was just something different compared to training anywhere else,” he said.

“I learnt a lot, there was a lot of drills we did that I’d never done before, and now that I think about it they were really good things to learn.

“Also just being around the boys was really good, you kind of grow up watching them on TV then you get to actually go out there and train with them, it’s amazing.”

The former Traralgon City and Fortuna custodian committed to the specialised number one jersey early in his junior career, when he realised he preferred blocking goals to scoring them.

“I just found it enjoyable; back in under 10s they used to just swap goal keepers around but I actually liked saving goals,” he said.

Lachie has since played for the Gippsland Knights, under keeping coach Andrew Halkett, and Gippsland Soccer League representative squads, and now plies his trade at Box Hill United, where he is currently trialling for the 2014 under 16 side.

Already with experience in Asia, having played for Victoria in Singapore at the International Youth Cup last year, Lachie had his eyes opened to the world game earlier than most.

“It was amazing, just to see it was the best in the world in our age group playing, it was amazing just to play against them, even to sit and watch,” he said.

Already convinced that soccer was his calling prior to his Mariners christening, Lachie’s brush with the A-League confirmed his belief beyond doubt.

“I’ve always wanted to make soccer something I could do for my life, so I’ve always tried to go out and do the best that I can; whenever there’s a squad or any representative team I’ll try to take it on and try and go for it,” he said.

“It makes me want to make it big. I’ve always wanted to play in the A-League, but now I’ve had this experience I want to be out there every week training with them.

“I got so much out of it from that one week that I couldn’t imagine what I could do with a month or two months.”

Lachie is training with Mark Cassar’s MC Football squad during the off season.