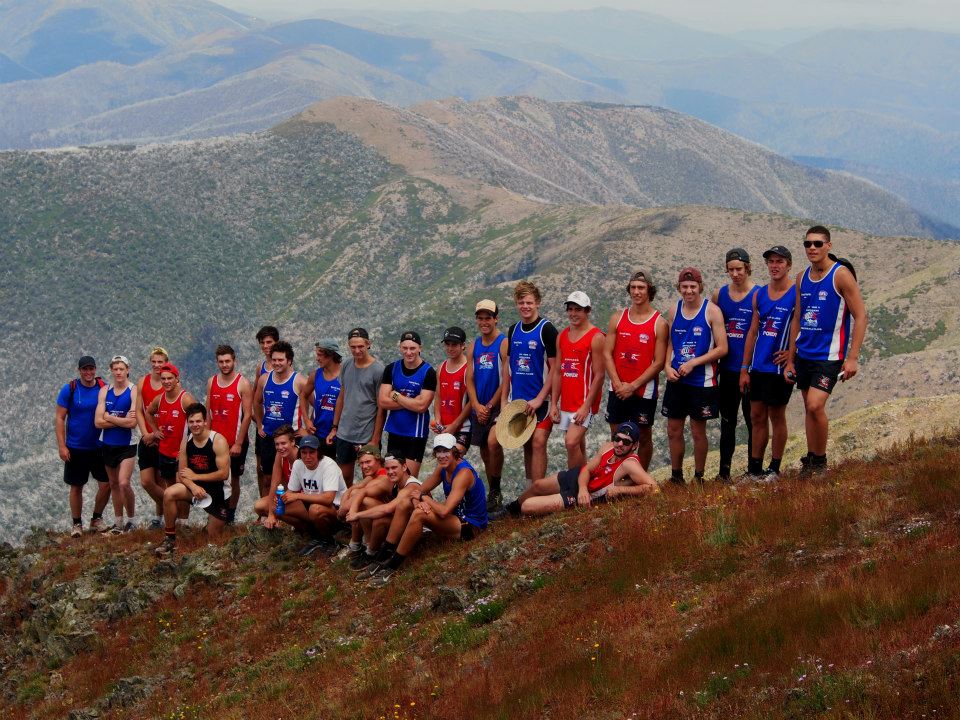 GIPPSLAND Power head coach Leigh Brown did all he could to break 26 top team hopefuls at a six-day Mount Hotham altitude camp this month, but instead discovered resilience to be a hallmark of his TAC Cup squad.

Twelve hour hikes, two-and-half hour boxing sessions and training in minus 12 degrees failed to elicit a single complaint, gripe or grumble, leaving an impression on the coaching conglomerate.

“You learn an enormous amount (about their character). The funny thing was there was not one whinge, and Leigh couldn’t believe it. He couldn’t believe how he couldn’t break them at all, he thought they were absolutely sensational,” Power region manager Peter Francis said.

“He said an AFL club at this stage wouldn’t put their players through anything as hard as that and not hear a gripe, so the boys were absolutely fantastic the way they attacked the training and all the hikes.

“We learnt we’ve got a really hard group.”

This year marked the third edition of the pre-season altitude camp, which hand picked a select group from the current squad of 69 for a closer look at their credentials under duress.

As a widespread regional team, Francis said it was also a rare opportunity for team bonding.

“There’s no doubt we get out that mental and physical resilience, they work through pain barriers, we get an enormous amount out of that,” Francis said.

“Mainly the mateship, we don’t get a chance to get together as much as some of the city teams and things like that, so it really brought the group close together.”

Francis said leaders began to emerge throughout the camp, which helps inform management, but ultimately the leadership group is player driven. Among the candidates is Josh Dunkley, who was recently named captain and best player of an Australian Institute of Sport Academy under 16 All Australian side, which also included Sam Skinner.

The Power outfit will be culled down to about 55 in the coming weeks, with the first official practice match slated for 23 February against Sandringham Dragons.

While the new batch of Power players prepare for the TAC Cup season, several of last year’s number have made the next move in their careers.

Aaron Heppell has joined brother Dyson at Essendon, where he has signed for the VFL team.

Nate Paredes and Ed Morris have been picked up by Casey Scorpions, while Tom Muir will join Josh Scott and former coach Nick Stevens at Glenelg.

The Power’s first ever girls squad resume training on Monday.