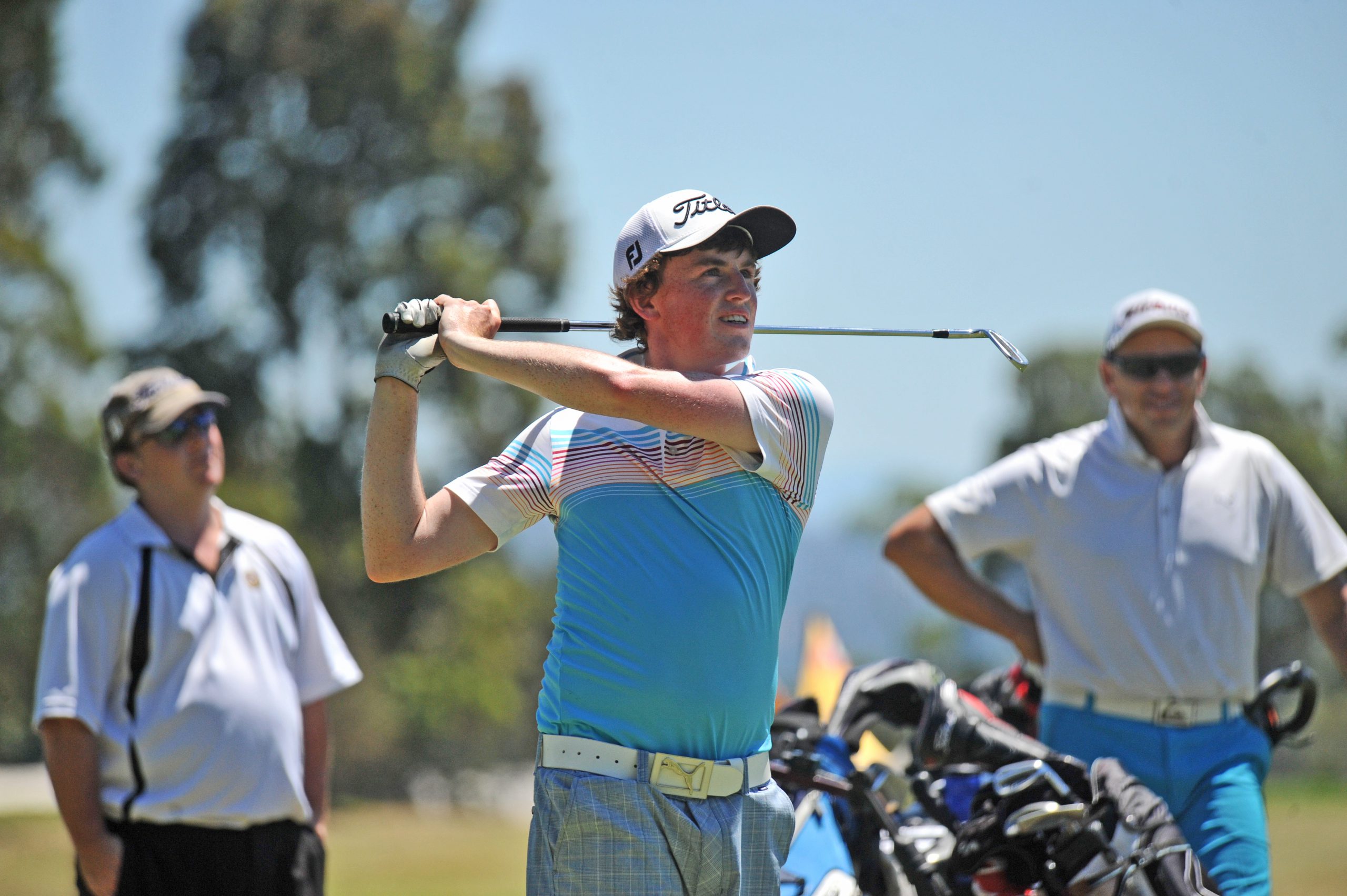 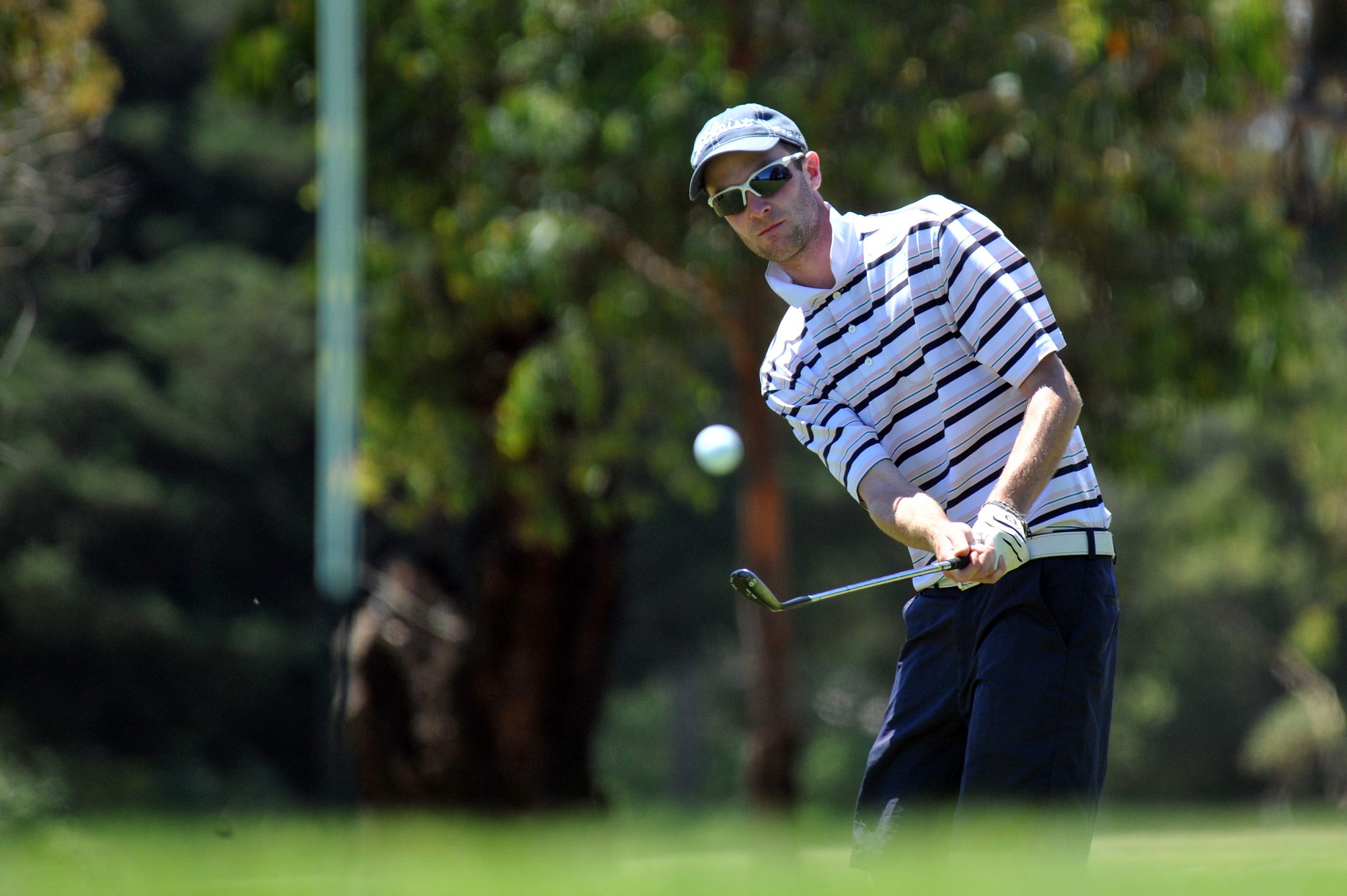 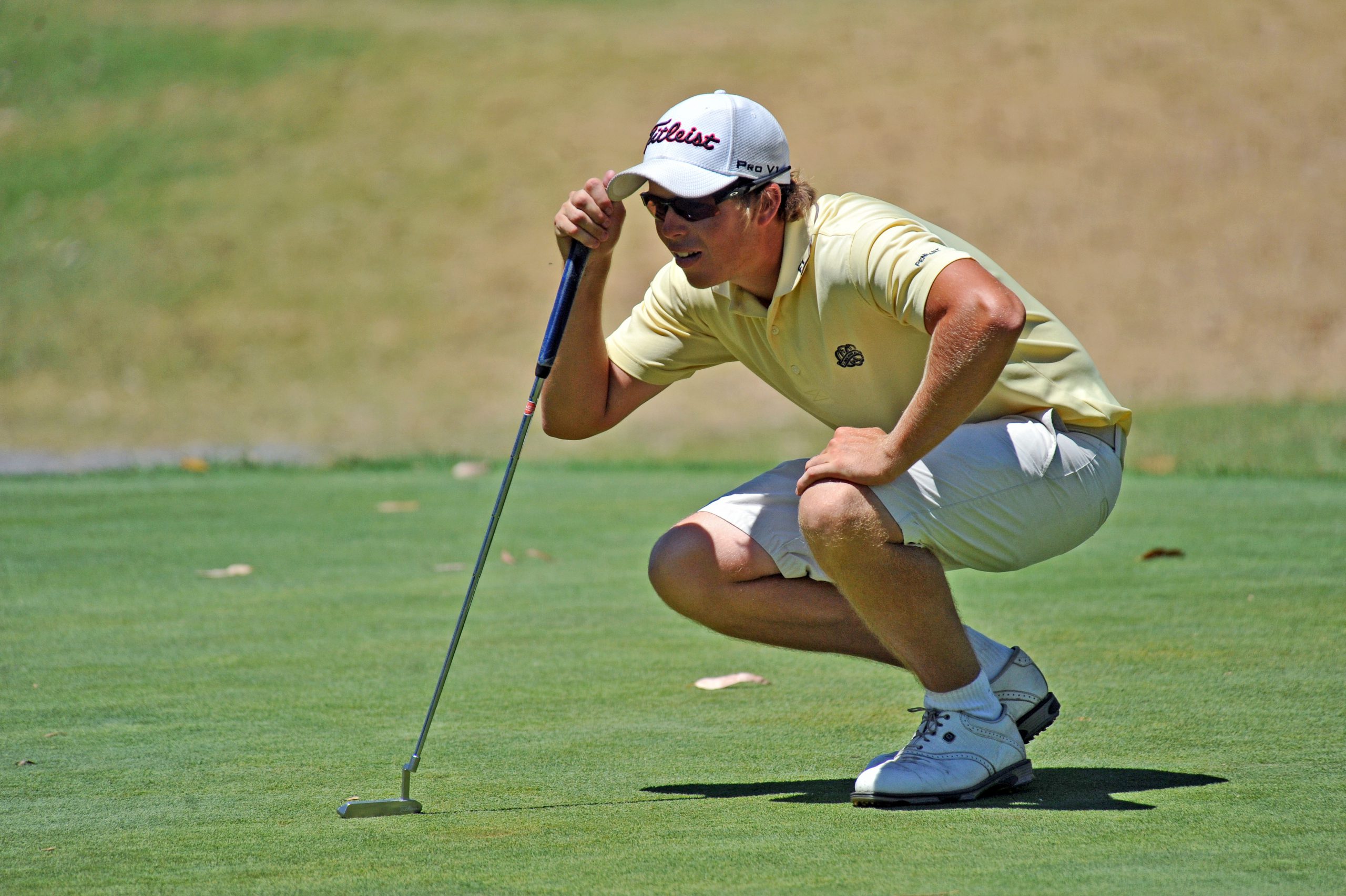 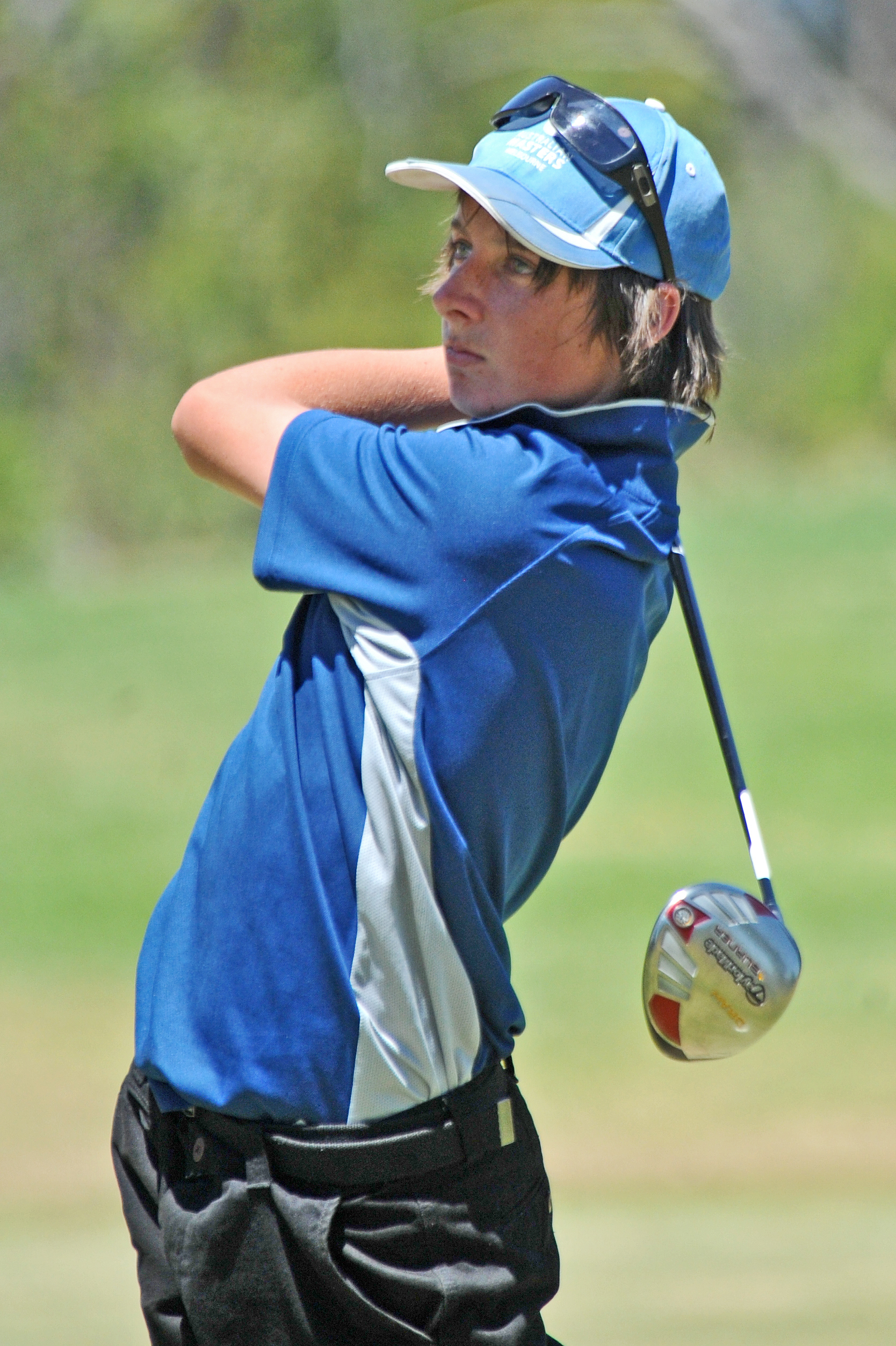 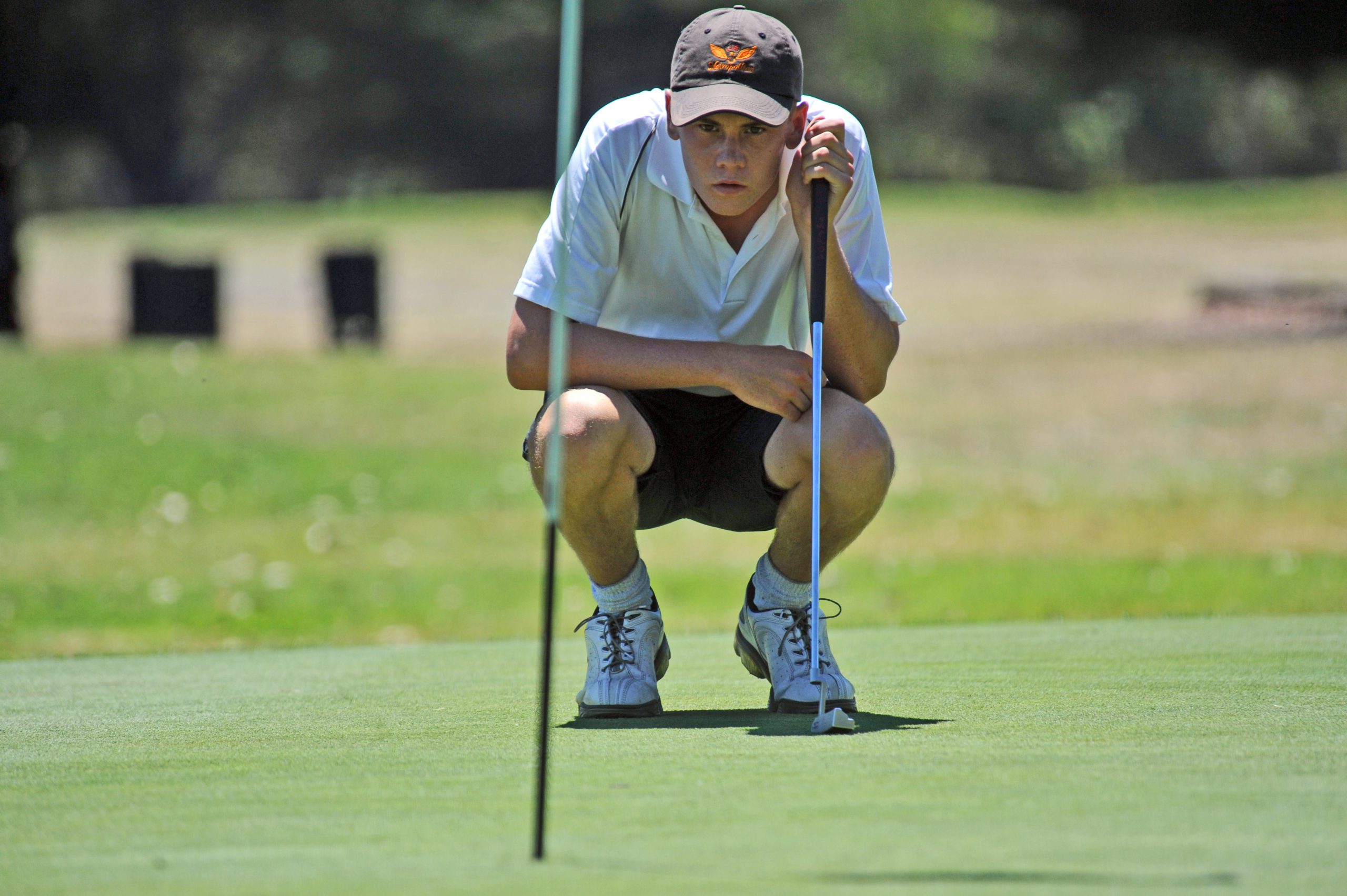 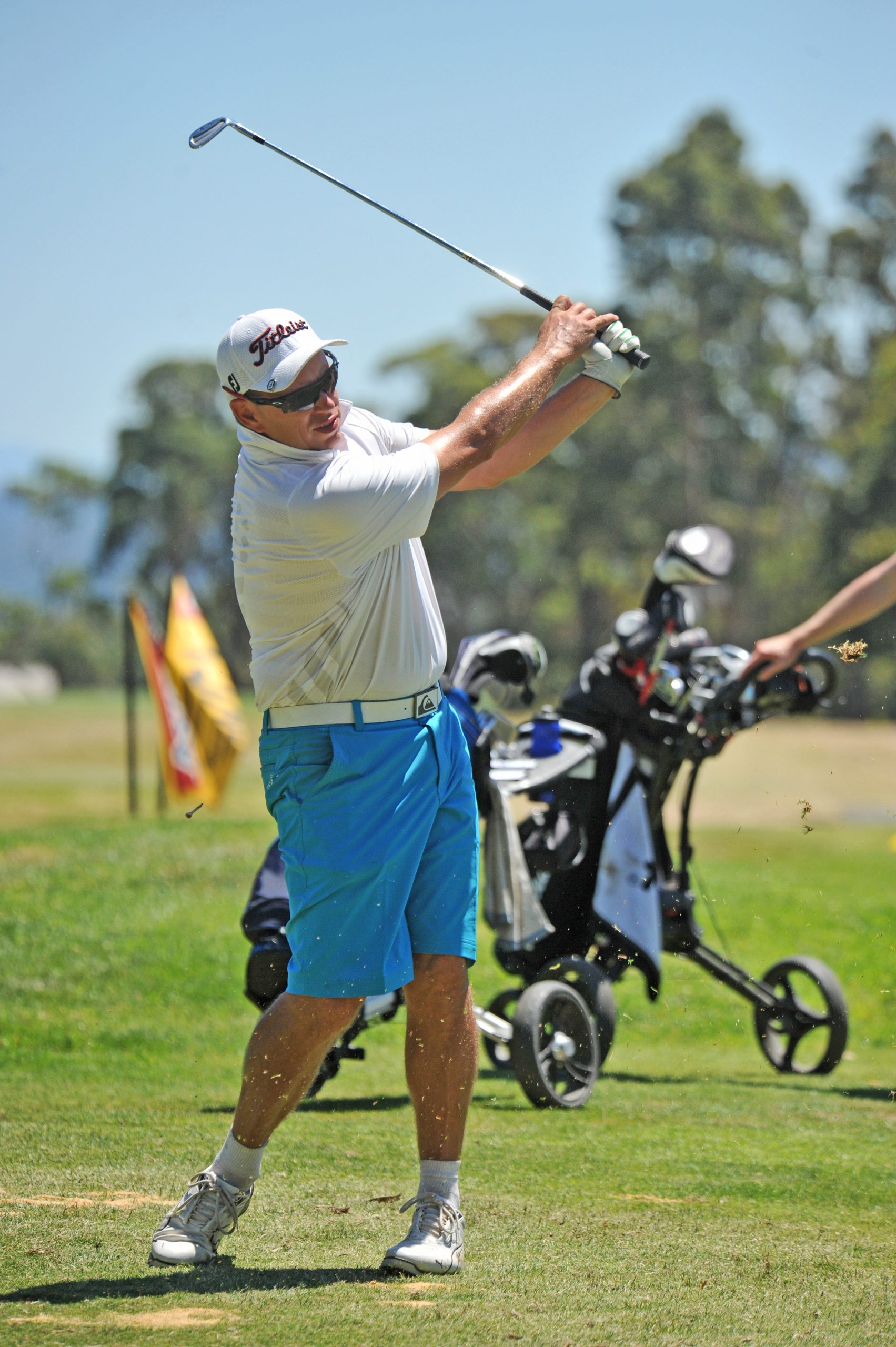 IN a remarkable fourth round fightback Warragul’s Matthew Long reeled in a wilting Clayton Nicholls to take out the 2014 Traralgon Aygee Classic golf tournament in sweltering heat on Monday afternoon.

Both men shot 73 in the morning’s third round, leaving Long seven shots back of the lead and one adrift of Traralgon’s Tim Coffey.

A bogey at the first to start the final 18 made the margin eight with 17 holes to play.

However, the Keysborough Golf Club leader opened the door down the stretch and ultimately posted 76, while his Monday playing partner Long went 10 strokes better.

The 36 year-old carded a four under par 31 on the back nine to close the gap, holing putt after putt to run out an eventual three stroke winner in the scratch standings with a six under score of 69-74-73-66 (282) for the long weekend tournament.

“I knew I had to shoot a low score to have any chance and it just worked out that he shot a high one and I shot a low one,” Long said.

“It helps a lot (playing together) because I’ve got nothing to lose while he has everything to lose. So he tries to hold on and you get to go for it a bit more.

“I picked them up around the greens, I holed more putts in the last round, I made the putts when I had to.”

Long, who plays off +2, said fatigue became a factor nearing the completion of 72 holes crammed into just two days.

“Because it was so hot it was tough, it was real tough playing 36 holes (a day),” he said.

“I came good and he just wilted, he was under pressure and just cracked a little bit.

“I got lucky really, it’s nice to shoot a good score and come back to win but he just lost it.”

Following a runner-up finish in his last appearance at the Classic, Long said he was pleased to continue the local winning tradition after Traralgon’s Tom Couling snared the silverware last year.

“It was very satisfying to win and come back, it’s a good win and I think it’s good that a local can win, supporting our local sponsor too,” he said.

Defending champion Couling, of Commonwealth Golf Club, posted rounds of 71 and 72 on Monday, but could not make up for cards of 78 and 76 on Sunday and finished fifth overall.

The handicap event was won by Nathan Condon from Waverley GC with scores of 72-68-70-76 for an aggregate of 286 nett.

The event is now more than three decades old and has status as an Ivo Whitton event, allowing players to score point towards the Golf Victoria trophy.

A field of 40 players from across the state, including visitors from Commonwealth, Victoria, Kingston Heath, Huntingdale and Keysborough golf clubs, contested this year’s Classic.