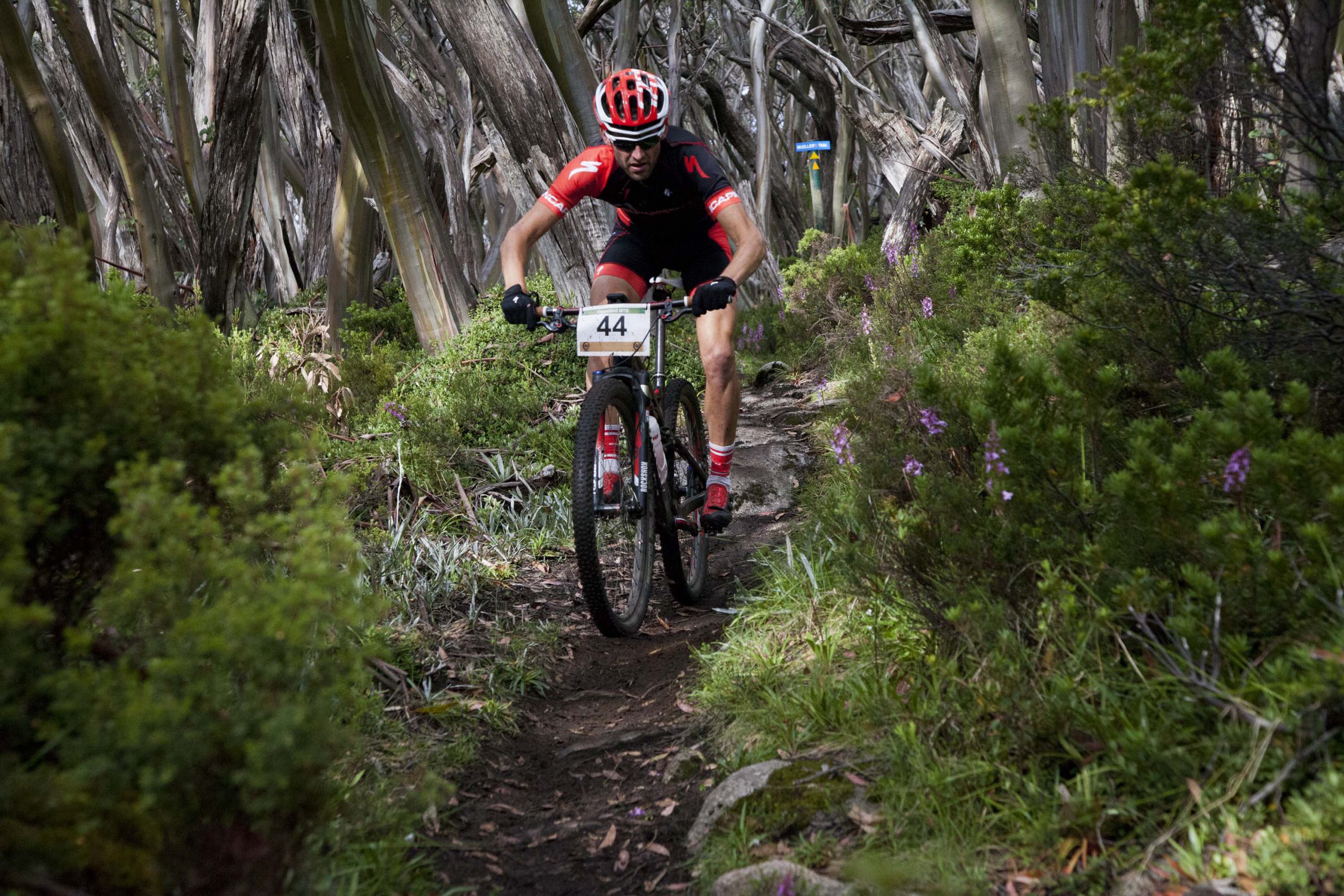 And the changes to the course since then did not go unnoticed in his winning run.

“Back then they were washed-out, rocky, loose trails, but the new trails are excellent,” Sproson said.

“I enjoyed all the climbing and the flow of the descents too, I like the climb-descent-climb-descent nature of the course and the fast speedy stuff you have out there now.

“There’s plenty of grip, good cornering, good radius and good rhythm sections (it’s) nice and pumpy. I think the course works well for riders all the way from beginners through to those with a lot of skill.”

The resurgent rider pumped out seven laps in three hours and 13 minutes to win by a landslide from 75 riders ahead of Mike Blewitt (six laps, 2h 26m), and Bryan Maris (six laps, 3hr 1m), averaging 27 minutes per lap over the seven kilometre loop.

The women’s race came down to start-stop tactics, with Subaru-Marathon Mountainbike rider Imogen Smith leading the pack from the beginning in her first experience on Baw Baw trails.

Looking to have a win in the bag and tiring from the constant rhythm shift of the uphill-downhill course, Smith chose to lay her bike down at the finish with four laps done prior to the three hour cut-off.

It was a decision that lost her a step on the podium, with Victorian Marlie Hodge, a massage therapist from Dromana, Victoria, grabbing the opportunity to sneak in an extra lap and snatch the win.

“I didn’t have a plan other than to go hard and go until I die,” Hodge said.

“When I heard the lead female rider had stopped on four laps, and knowing I could still make the time cut off and head out for a fifth, I just went for it, but I was hurting, so I’m happy to have earned the win.”

The result marks a career highpoint for Hodge, who has only been riding for three years, as the Baw Baw three hour twilight enduro was only her third ever race.

“I was a runner, but turned to riding after suffering too many injuries. I still can’t decide if I love riding or running trails best, but today I’m happy to have ridden them and I’ll definitely be back to defend the win at next year’s Twilight Enduro,” she said.

The teams category was a tight race in which the result came down to the final lap as Bike Buller (Matt Young and Dave Empey) battled for line honours against Team Jake ‘nJez (Jacob Lamb and Jeremy Evans).

The teams came in within a second of each other for rider changeover just prior to the 3-hour cut off, leading to a last lap dash around the course to decide the winner.

Bike Buller eventually pulled out a three-minute lead to register seven laps in three hours, 27 minutes to secure the win.

Malte Adebahr took honours in the juniors for the second year running.