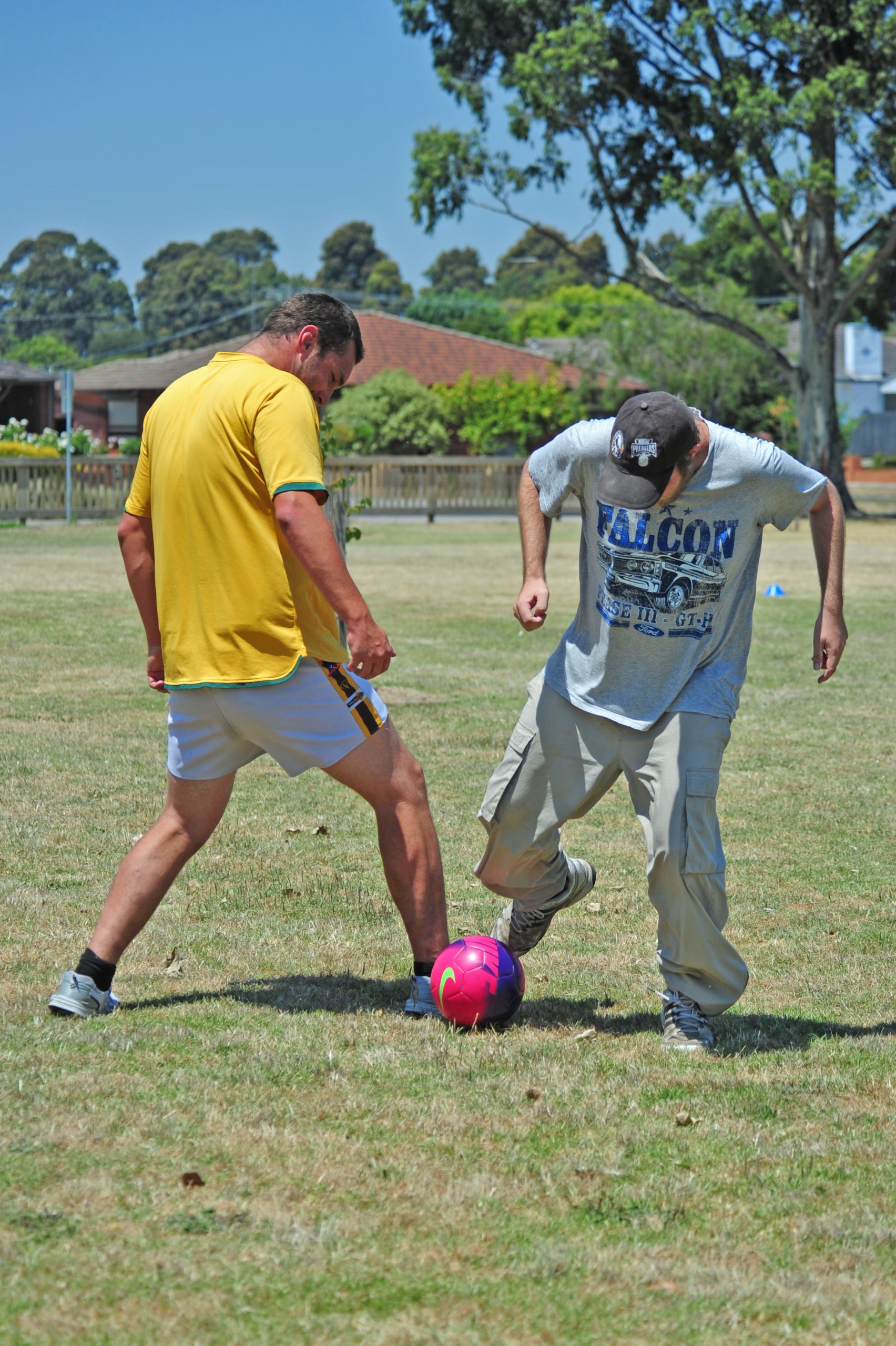 Morwell soccer duo David Kelly and Kevin Ricketts showed off their skills in a national street soccer tournament in Sydney this week.

The pair was selected by their coach Belinda Powell to represent Victoria Regional in The Big Issue Street Football Festival because of their commitment to attend weekly training, leadership skills and attitude.

While Victoria Regional lost 4-3 in the grand final to Queensland on Monday, Powell said the guys had a ball and made lots of friends.

Kelly and Ricketts have participated in the Morwell-based program for three years, which uses soccer to help homeless, marginalised and disadvantaged people change their lives and reconnect with the community.

Both had played in soccer teams before, but found this Morwell team to be different.

“Most other teams just want to win, so they don’t have fun,” Ricketts said.

“Here we are a big happy family that likes playing soccer on Thursdays,” Kelly added.

“It’s a lot easier to get a job when you’re not shy,” Ricketts added.