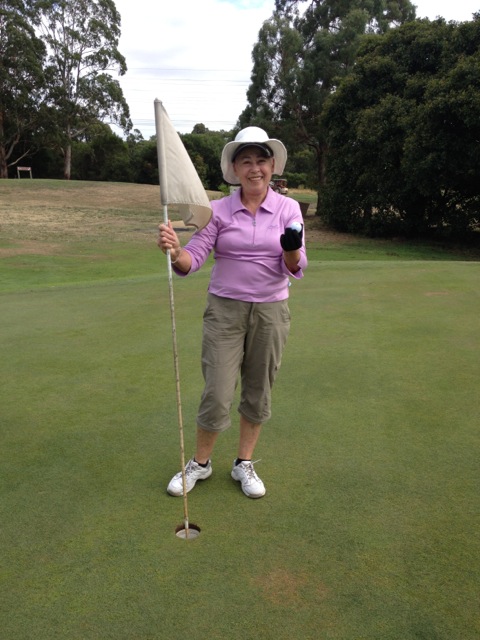 PAT Thompson had never hit a hole-in-one when she reached the tee of Moe’s par three fourth a fortnight ago, but moments later joined the elusive club with a sweetly struck seven iron.

The 71 year-old added a degree of difficulty to the stroke by accidentally hitting off the wrong tee, but the shot flew toward the pin as if magnetised nonetheless.

“I don’t play golf very consistently… (but) this particular day the shot was so straight, it was unbelievable for me really, everyone was surprised,” Thompson said.

“It was nearly a perfect shot, it landed on the green, rolled and hit the pin… they usually go one way or the other but I couldn’t see it.

“One of my playing partners said ‘well it’s dropped in’ and we were all screaming and carrying on.”

The 22 handicapper said the achievement was on par with her monthly medal win, and while the rest of the round was “just okay” it was one she will always remember fondly.