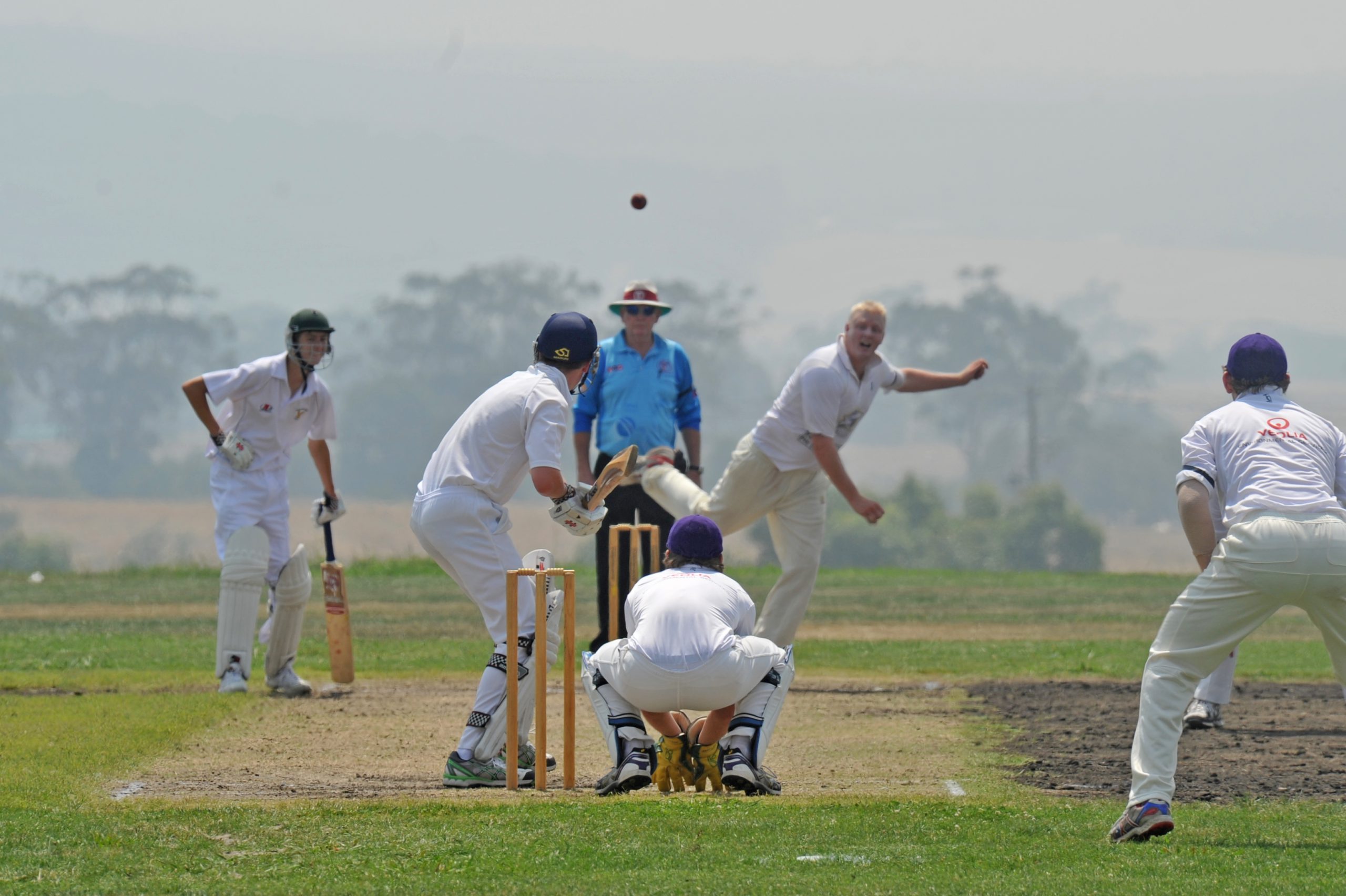 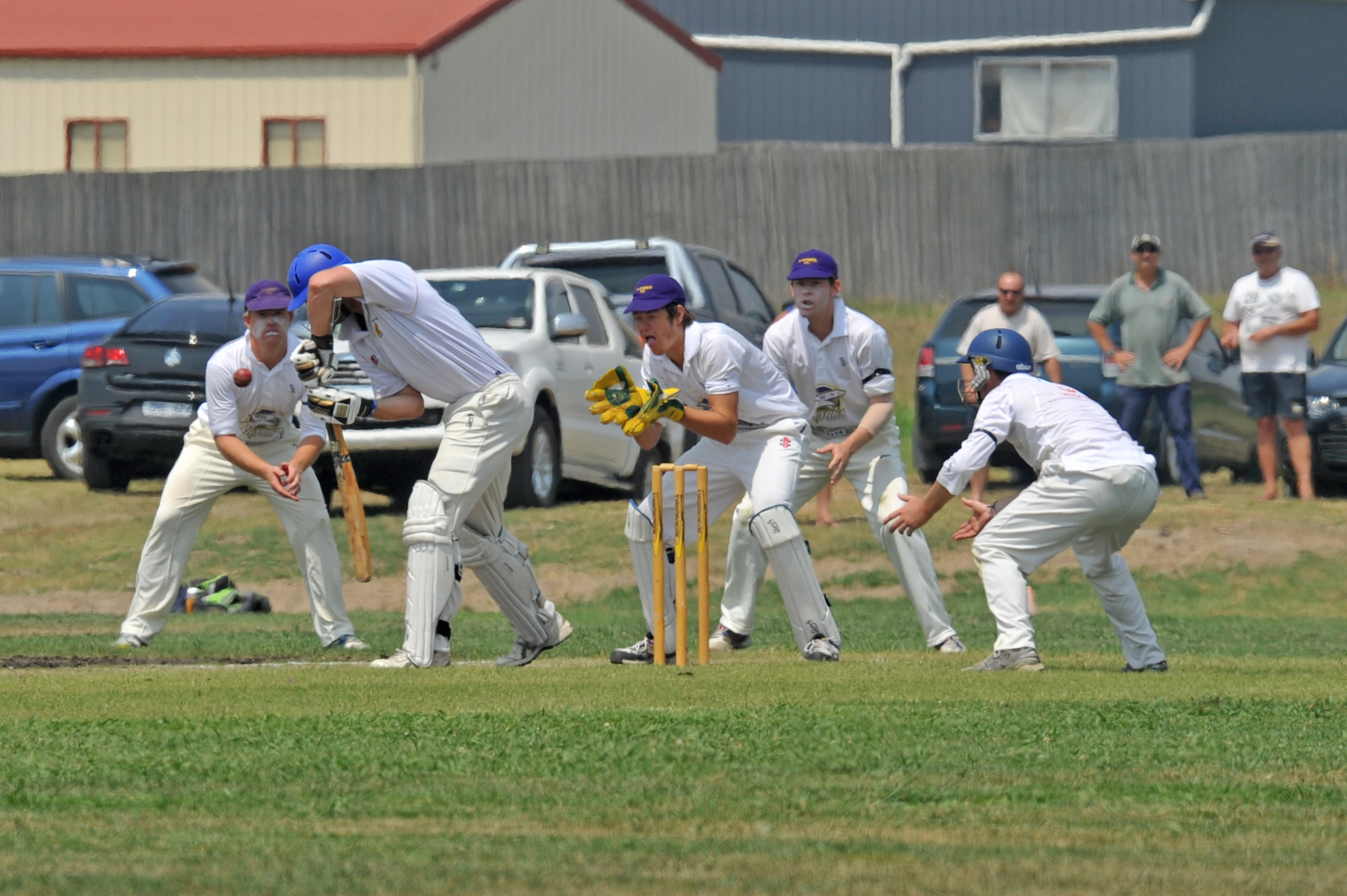 FRESH from a match-winning maiden A grade ton last round, Gormandale young gun Alistair Jenkin repeated the dose with a scorching 146* against Glengarry.

Toongabbie’s Matt Golding cemented his standing as the best performed Englishman to tour Australia this season after he made his second century against Imperials.

On the bowling front Corey Pollard snared a career best 7/46 against CATS, Nick Scammell troubled Toongabbie with 6/61 and Jason Veneman claimed an impressive 6/40 to run through Imperials.

GLENGARRY’S total of 264 looked well beyond the home team when the Tigers stumbled to 3/27.

Key batsmen Grantley Switzer, Kent Hammond and Kade Joske were all back in the shed early when Gormandale skipper Travis Switzer joined Al Jenkin at the crease.

The pair rebuilt and put on 150 for the fourth wicket before Switzer fell just after tea for a hard-hitting 79, which included four sixes and six fours.

The day belonged to 17 year-old Jenkin, who was again brilliant in leading his side with maturity beyond his years to post a magical 146 not out.

The Tigers ended Glengarry’s pain by declaring at 4/265 with Stuart Anderson unbeaten on 25* and 22 overs left in the day.

Best for Glengarry was Steve Wright with 2/50 at the close of a forgettable day in the field which included seven dropped catches.

Rovers restored the run chase and crept to 3/100, but the total was never threatened as wickets continued to fall.

Nillantha Thillekarathna was again in the runs with a polished 76, Dean Gillard made 27 and Rovers was all out in the 70th over for 191.

Ross Whelpdale was best for the home team with 3/46.

EX Students did not take long to claim the five wickets required in its hunt for an outright, dismissing Traralgon West for 87 in its second dig.

Michael Warne was the star for the Sharks with 5/37 and Rob Voss helped matters with 4/24.

The Sharks had no problems in the run chase, reaching the target two down with Greg Munro 38* and Jackson McMahon 25 the main contributors.

IN the one day fixture at Toongabbie the home side won the toss and set about building a big total batting first with a 74 run opening stand between John Mayman (33) and Kevin Stoddart (28).

Steve Nichols contributed 31 and Anthony Scott hit well for 43, but it was Gippsland Cricketer of the year Matt Golding who stole the show with a brilliant 106 that showed all his talent.

Imperials skipper Nick Scammell bowled well to take 6/61, but the other bowlers struggled as Toongabbie posted an imposing 300.

Imperials could not have started the chase worse and crumbled to 6/19, before eventually being dismissed for 91.

Scott Aitken top scored with 29 and Nick Scammell made 25.

Jason Veneman was the star for the Rams with a season best 6/40 off nine overs.

CENTRALS defended 189 with ease thanks to a destructive 7/46 from Corey Pollard.

At 2/70 CATS was well in the hunt before Pollard and Jarrod Allan (2/8) combined to demolish the middle order.

Mark Rawson completed the collapse with the dismissal of Sam Farmer to have CATS all out for 117.