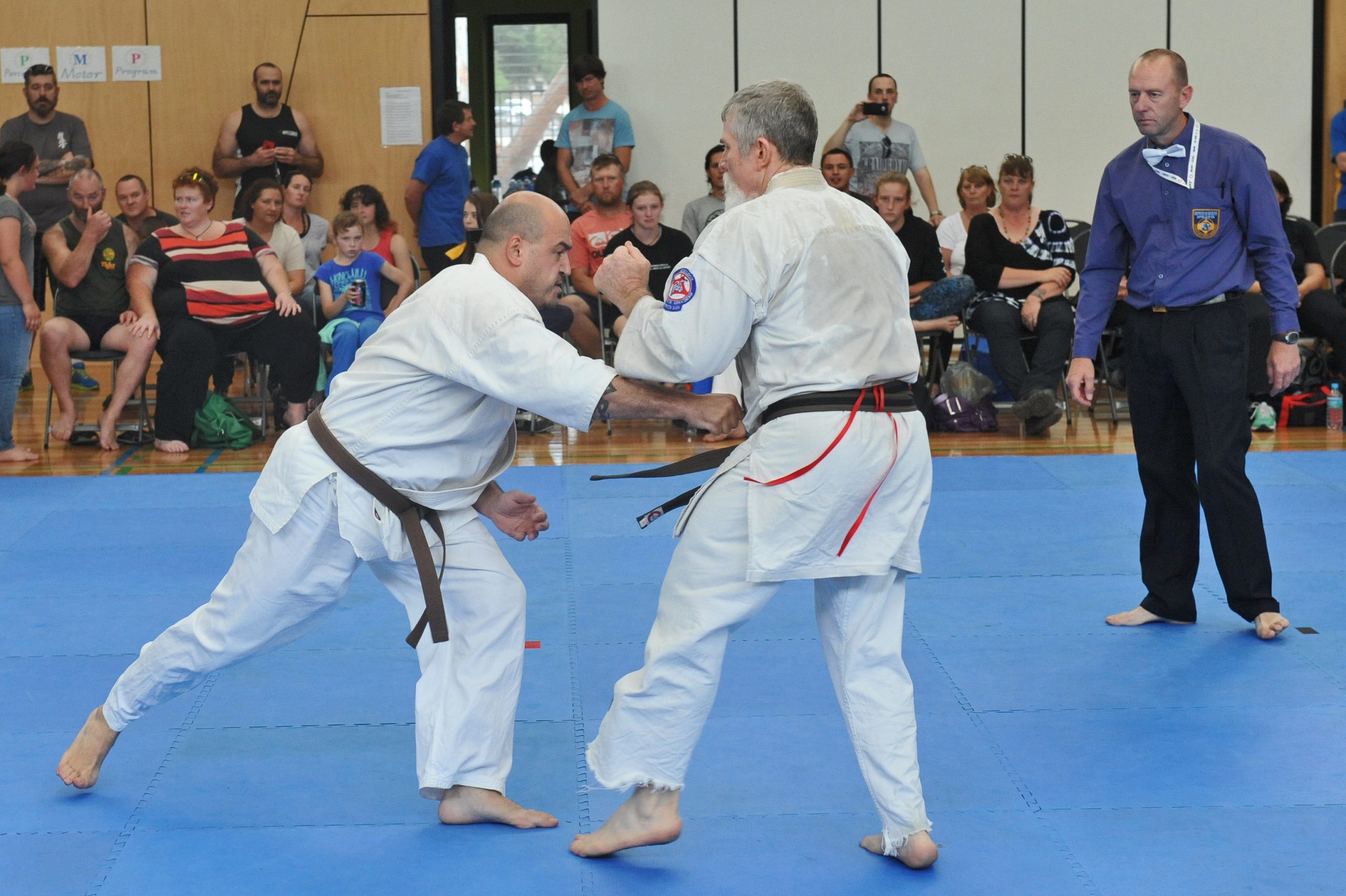 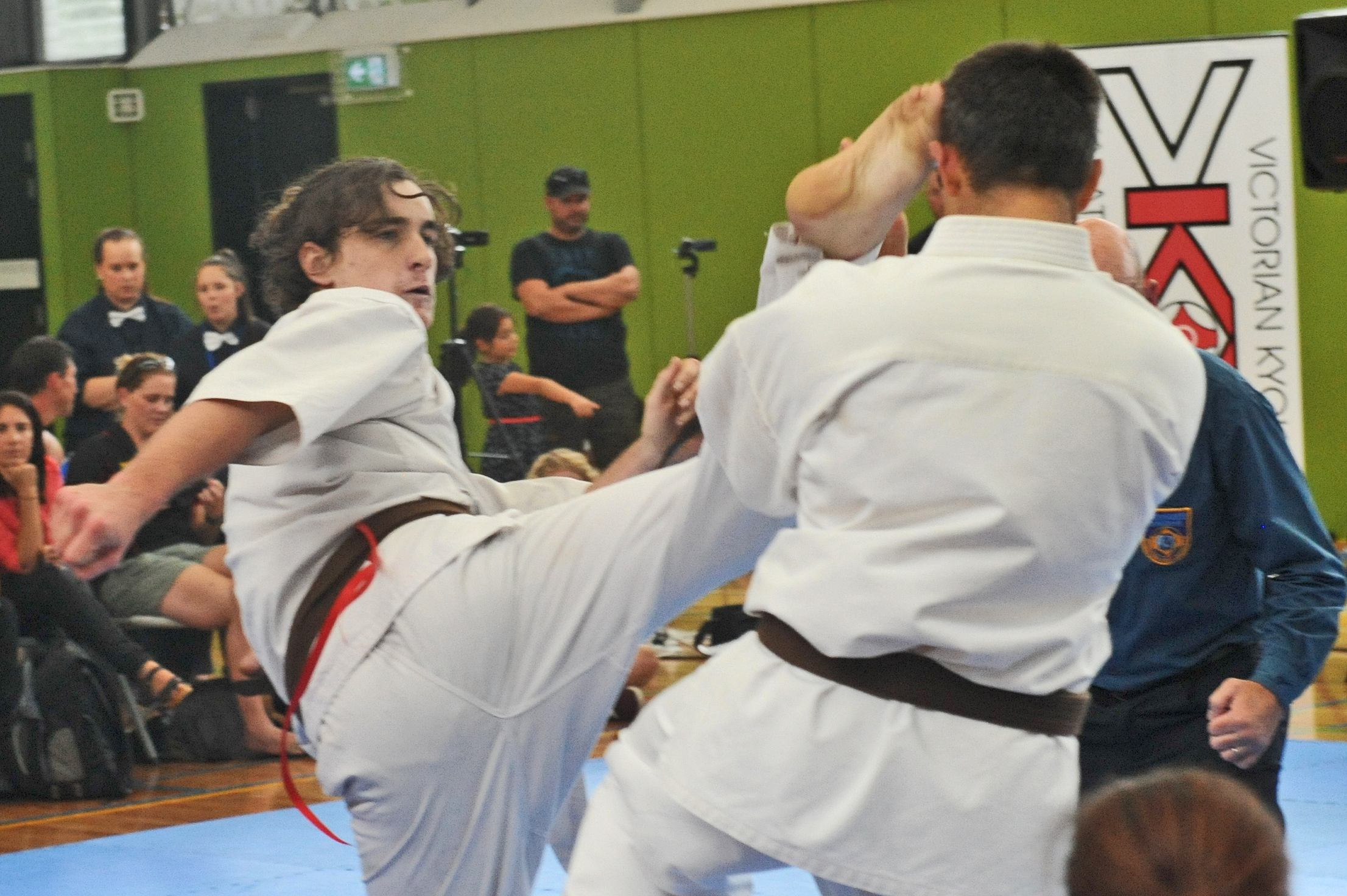 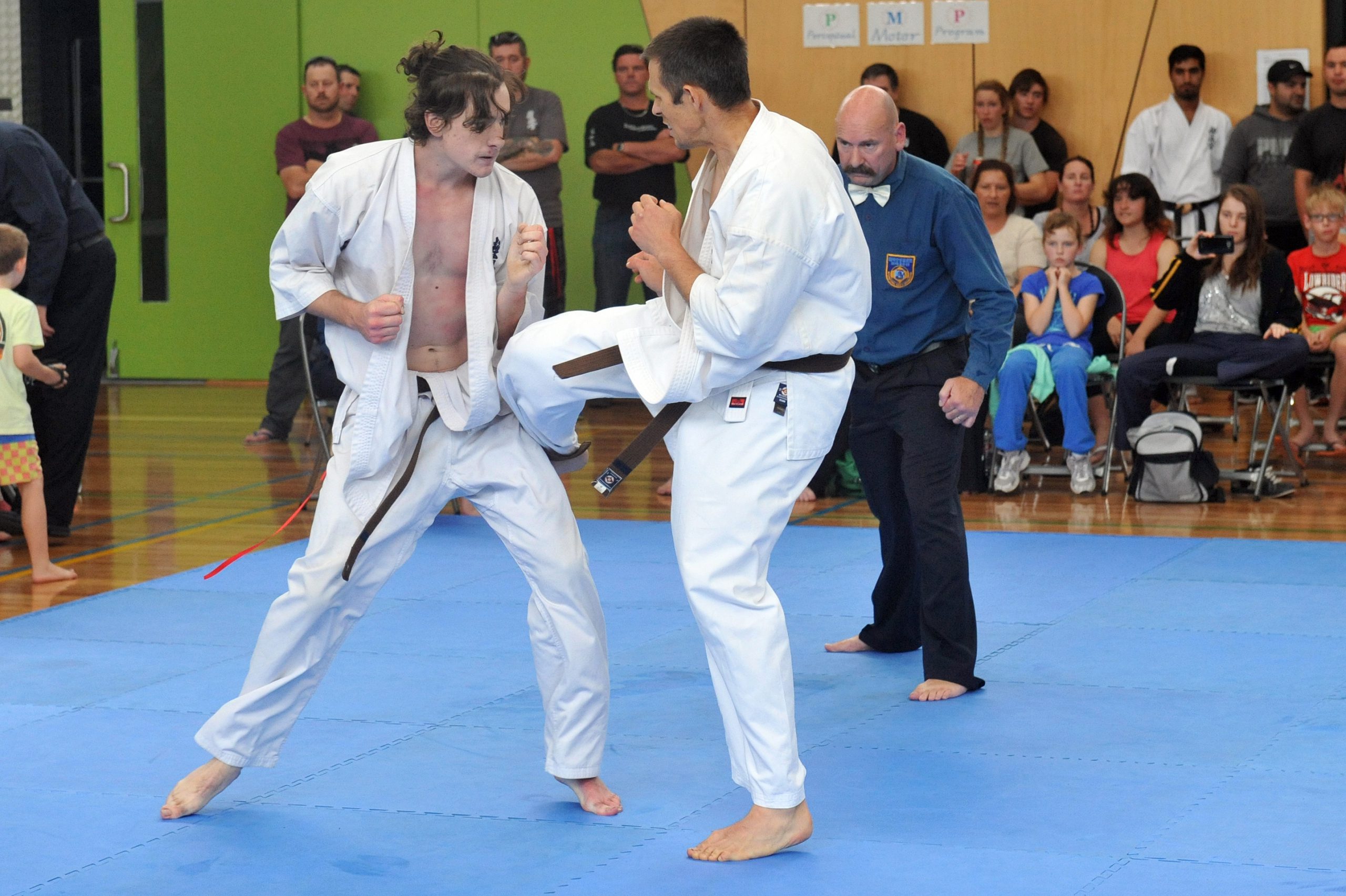 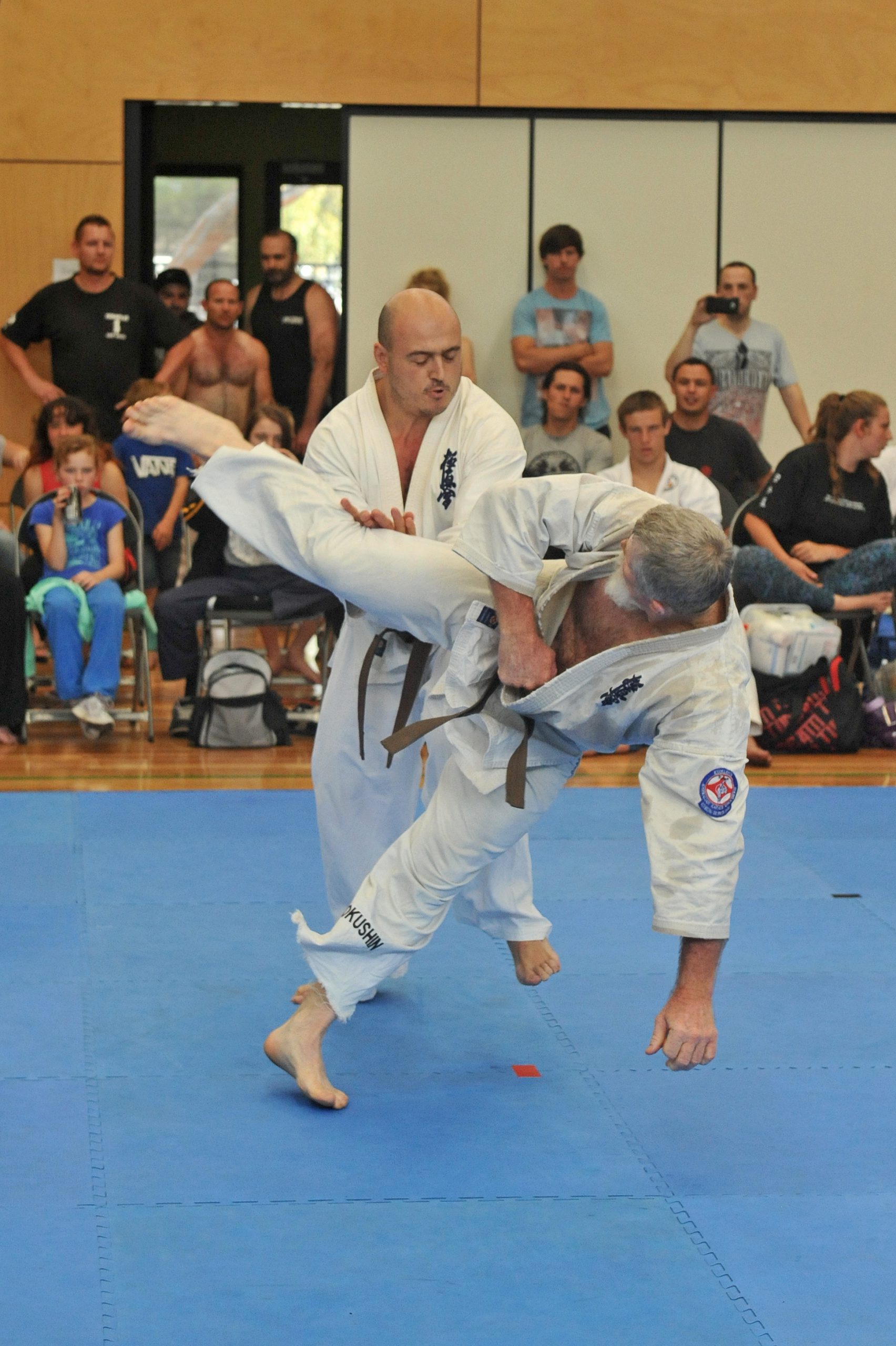 FISTS and feet were flying at the Grey Street school hall on Saturday when Traralgon Kyokushin Karate hosted its second annual ‘one match’ tournament.

Three of five Traralgon competitors registered victories throughout the 12-fight card, which pitted 24 matched opponents against each other in two rounds of full contact martial arts.

Kavadias was also a highlight on last year’s inaugural card, when he lost a furious fight to clubmate Terry English.

“Although Sherriden did not get the judges’ decision it was very close and she should be very happy with her efforts,” he said.

Fighters from novices through to experts took part, but the ‘one match’ format meant matchups were determined by ability, age, weight and experience.