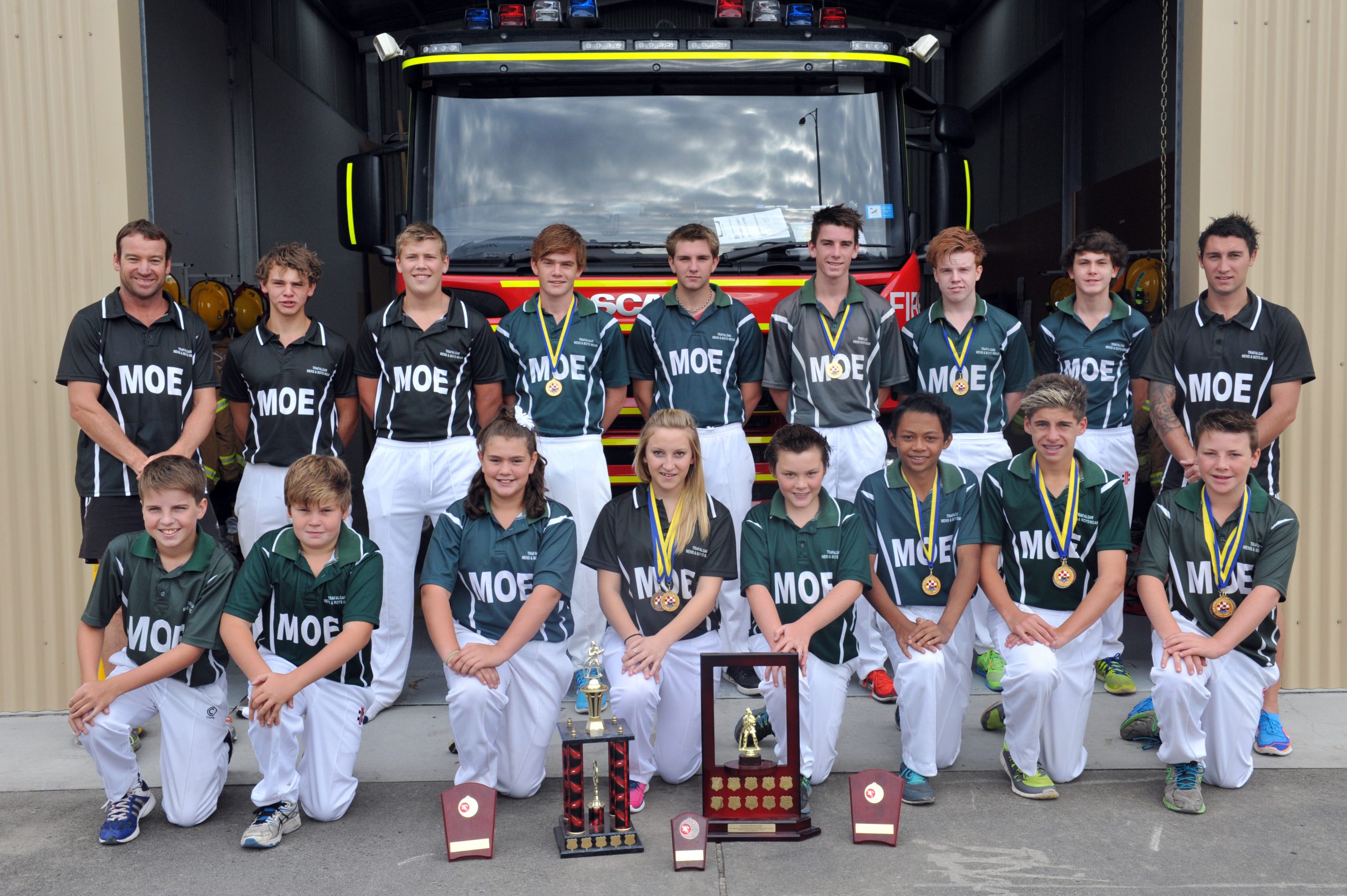 IN the midst of Gippsland’s fire crisis, Latrobe Valley Country Fire Authority branches had a rare cause to celebrate when its youth brigades shone at the 2014 Volunteer Fire Brigades Victoria Urban Junior Championships in Swan Hill.

Teams from Morwell, Traralgon and Moe competed at the championships, which showcased practical fire fighting skills in a competitive forum, against about 600 budding firies from some 47 brigades across Victoria.

Moe was particularly impressive, scoring wins in under 14 and under 17 disc striking wet events and second place in the under 14 wet hose two competitor contest. The branch has been a strong performer since reforming its junior team in 2012, after a decade long hiatus, and won the state championship in Horsham on return.

Team coach and Moe CFA second lieutenant Jon Dewsbury said the result was “absolutely wonderful” for the squad of 15.

“From the kids’ point of view I thought what they’ve achieved throughout the year and what they’ve done through the past few weeks… with no expectation, to come away with what they did I was absolutely stoked,” he said.

“In the past few years we’ve done very well, probably the most consistent team in Victoria at the moment.”

The team’s preparation was disrupted by recent fire in the region, and coach Dewsbury has been a constant presence on the frontline.

A former junior competitor himself, Dewsbury said many firefighting skills transferred from involvement with youth brigades, and these events helped build the foundations for future firefighters.

“I learned most of my basic firefighting skills out of it because a lot of it’s in your mind and then you’ve got to put it all into hand skills,” he said.

“A lot of the kids that do this have become career firefighters now that are working with the MFB (Metropolitan Fire Brigade) and CFA and they look back to that.”

Not only have the juniors proved a success on the competition front, their reinstatement in Moe has gone a long way to saving the once ailing branch.

Support from the local community has grown in accordance with the junior presence, and Dewsbury believes their involvement has secured Moe CFA’s future.

“We were really struggling for numbers and the member base was pretty poor, so I decided to start this junior program back up and all of a sudden we’ve got members coming out (of everywhere),” he said.

“Give it another 10 years and the Moe fire brigade is going to be absolutely booming with local people.

“In three years we’ve come leaps and bounds, we never thought it would happen like this.”

Morwell also achieved some success at the championship with two third placings.

The senior VFBF championship will be held this weekend in Bendigo.