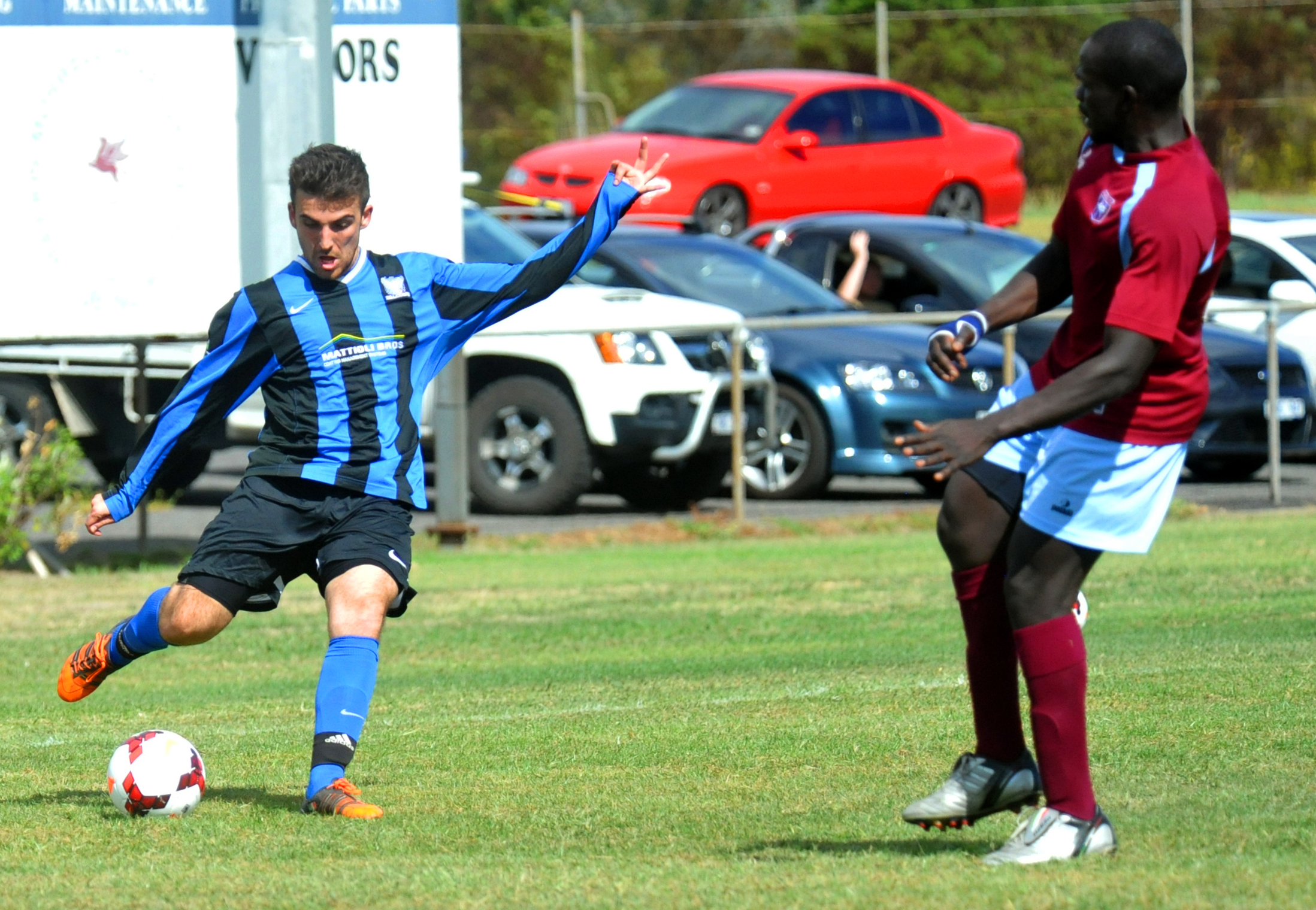 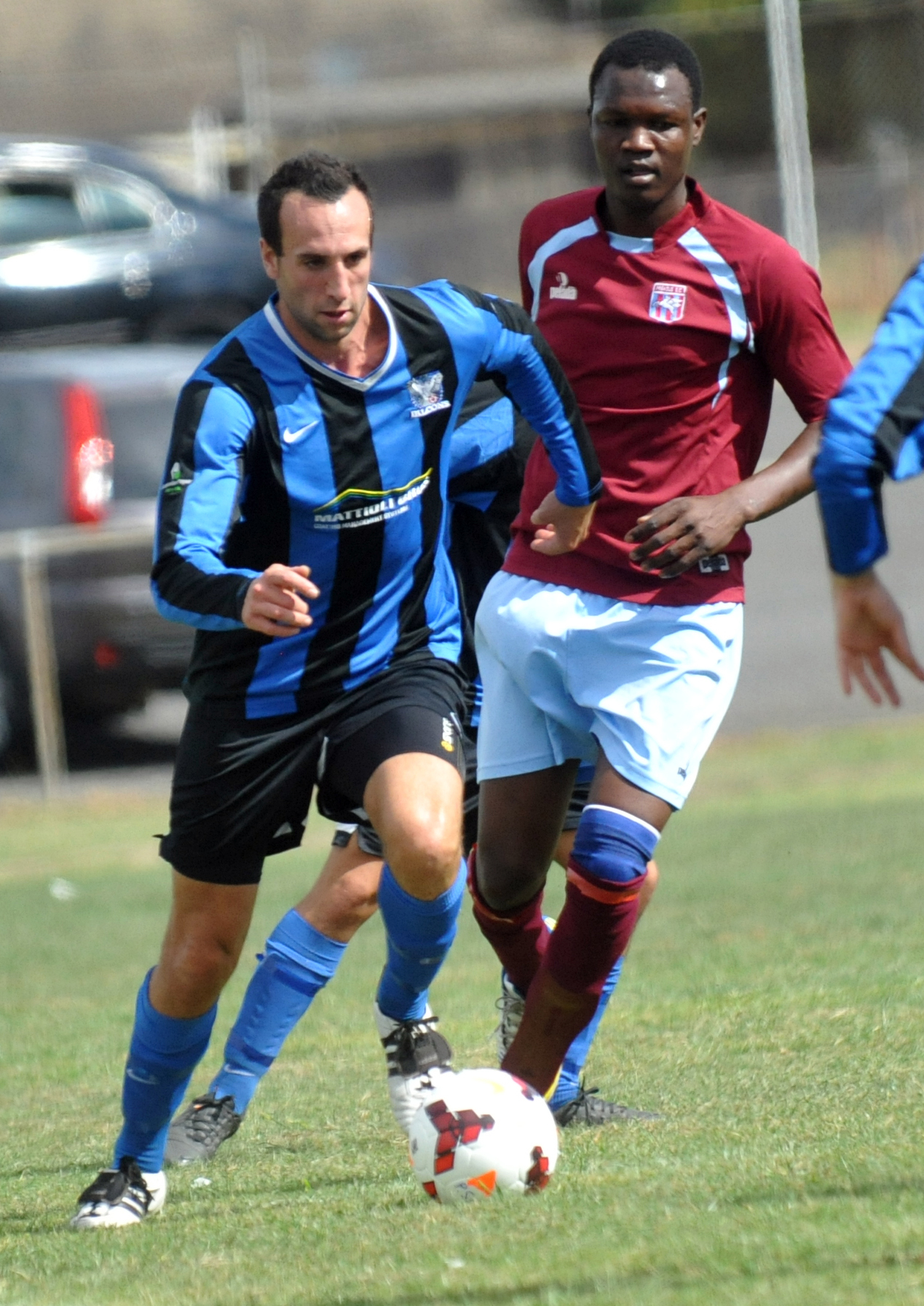 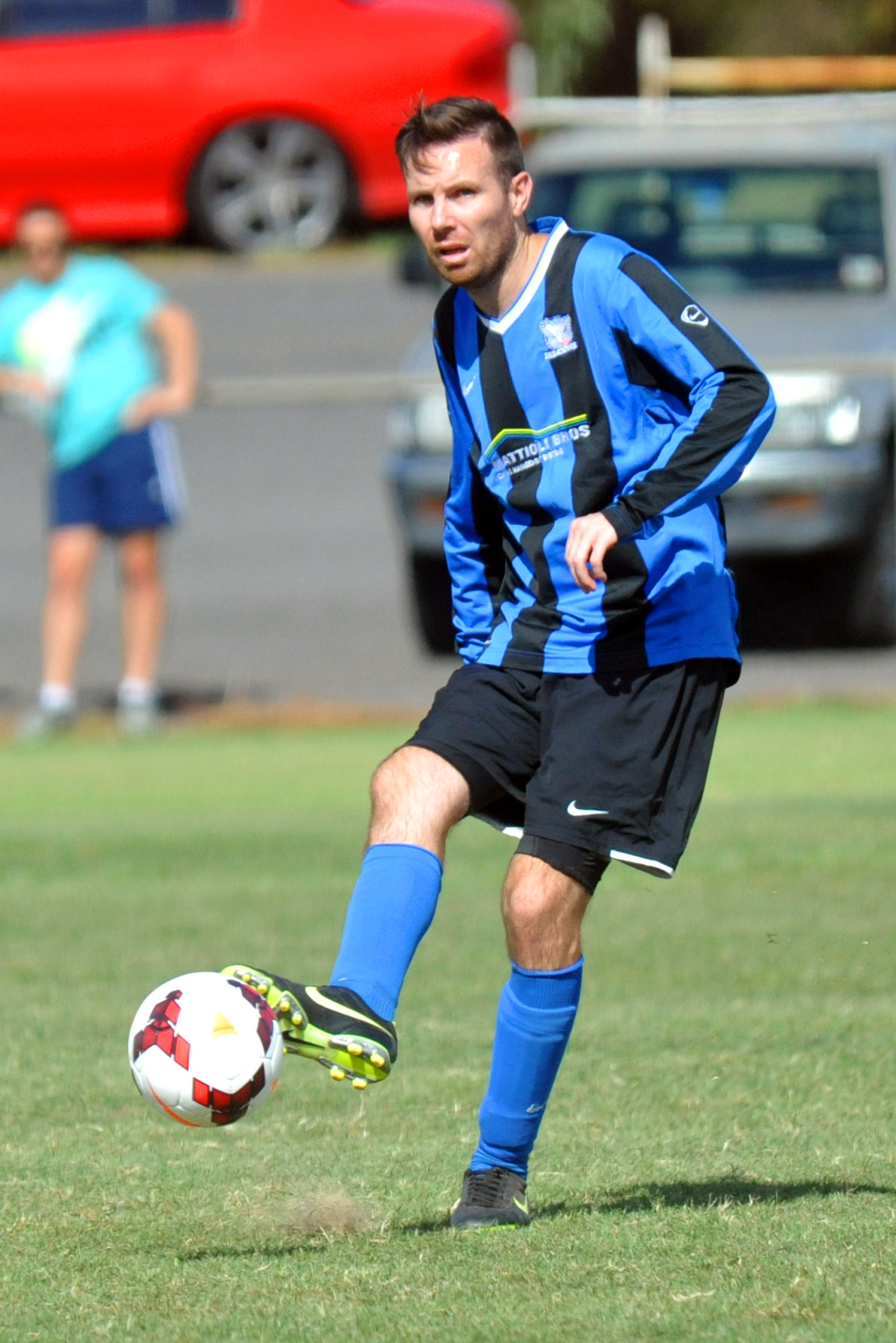 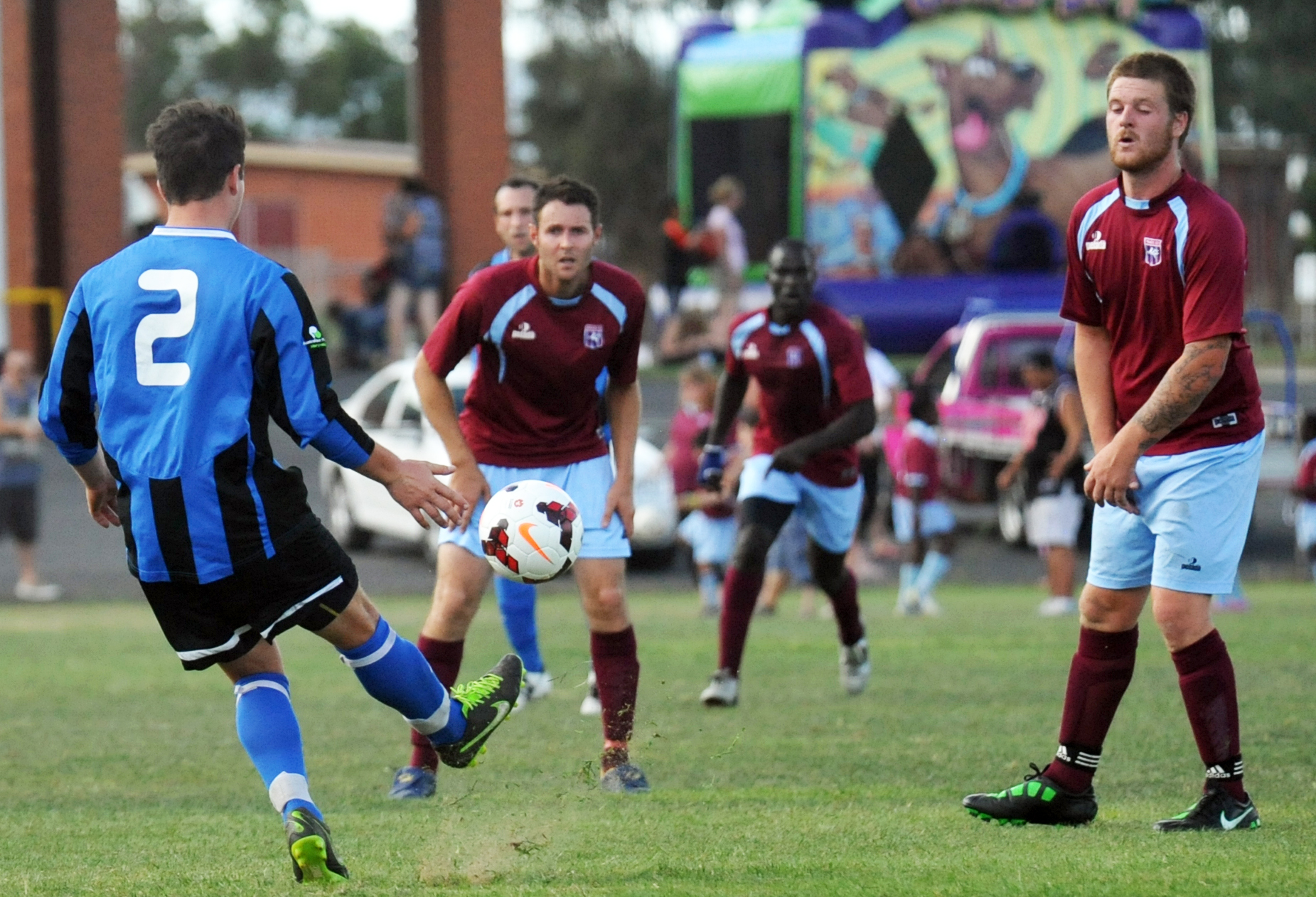 FALCONS 2000 drew first blood in the battle for the Immigration Wall Cup against Morwell Pegasus to kick off the Gippsland Soccer League on Saturday, but did it tough against the spirited newcomer.

A 17th minute penalty converted by Jesse Kennedy was the difference in a game which could have gone either way given the chances on offer at both ends of Ronald Reserve.

After a fiesty opening in which Falcons drew ahead 1-0, the visitor had the better of the first half opportunities.

A Pegasus defensive lapse on 21 minutes saw the ball fall favourably for Falcons coach Nick D’Alessandro, but his shot was blazed over the bar.

D’Alessandro turned provider moments later with a cute flick to release Sam Amaira, whose cross found Scott Mackewan unmarked but his volley was off target.

Kennedy nearly had his second on the half hour mark after a smart turn and shot which rocketed into the side netting, before Pegasus almost responded with a long range free kick effort that troubled Falcons keeper Adam Brooker.

The Horsemen had two late first half chances through Airali Ismail, first when he chipped a charging Brooker from the edge of the area just wide of the target, then again when his free kick from similar range hit the crossbar.

A rapid start to the second half saw chances fall at both ends.

Ismail broke down the left flank and centred a dangerous ball that was too hot for Heydan Cook, before Kennedy hit the post on the counter attack then speared a header wide after a failed clearance.

Salah Eliaser was brought off just as he began to look dangerous in tandem with Ismail, and Pegasus lost momentum after a threatening 15-minute period.

Ismail continued to provide for Pegasus up front, putting Jason Galea through on goal twice to no avail within a 10-minute period.

The Horsemen’s last clear chance came from a Cook free kick that Brooker fumbled and regathered, but Falcons clung to its 1-0 lead to the final whistle.

The result was heartening for Pegasus in its first central division hit-out for more than a decade, and helped soften the blow of a heavy 10-0 defeat in the under 21s.

Shaun Bye looked a solid addition to the backline and later midfield, while Ismail exuded pure class throughout the second half.

For Falcons, Kennedy and D’Alessandro were potent in attack, but the defence was left exposed more often than the black and blue would have liked.

For full round one wraps see Thursday’s Express.