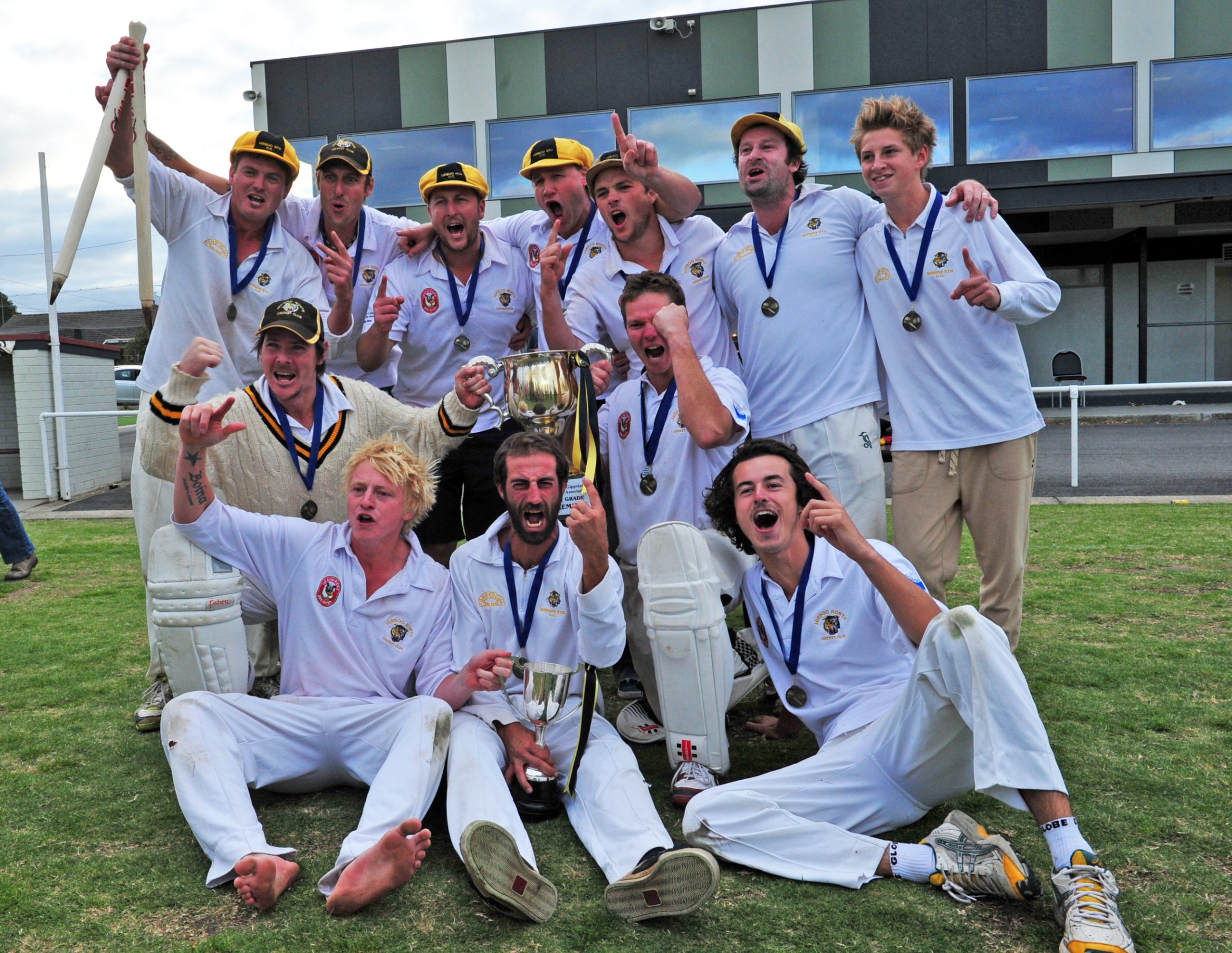 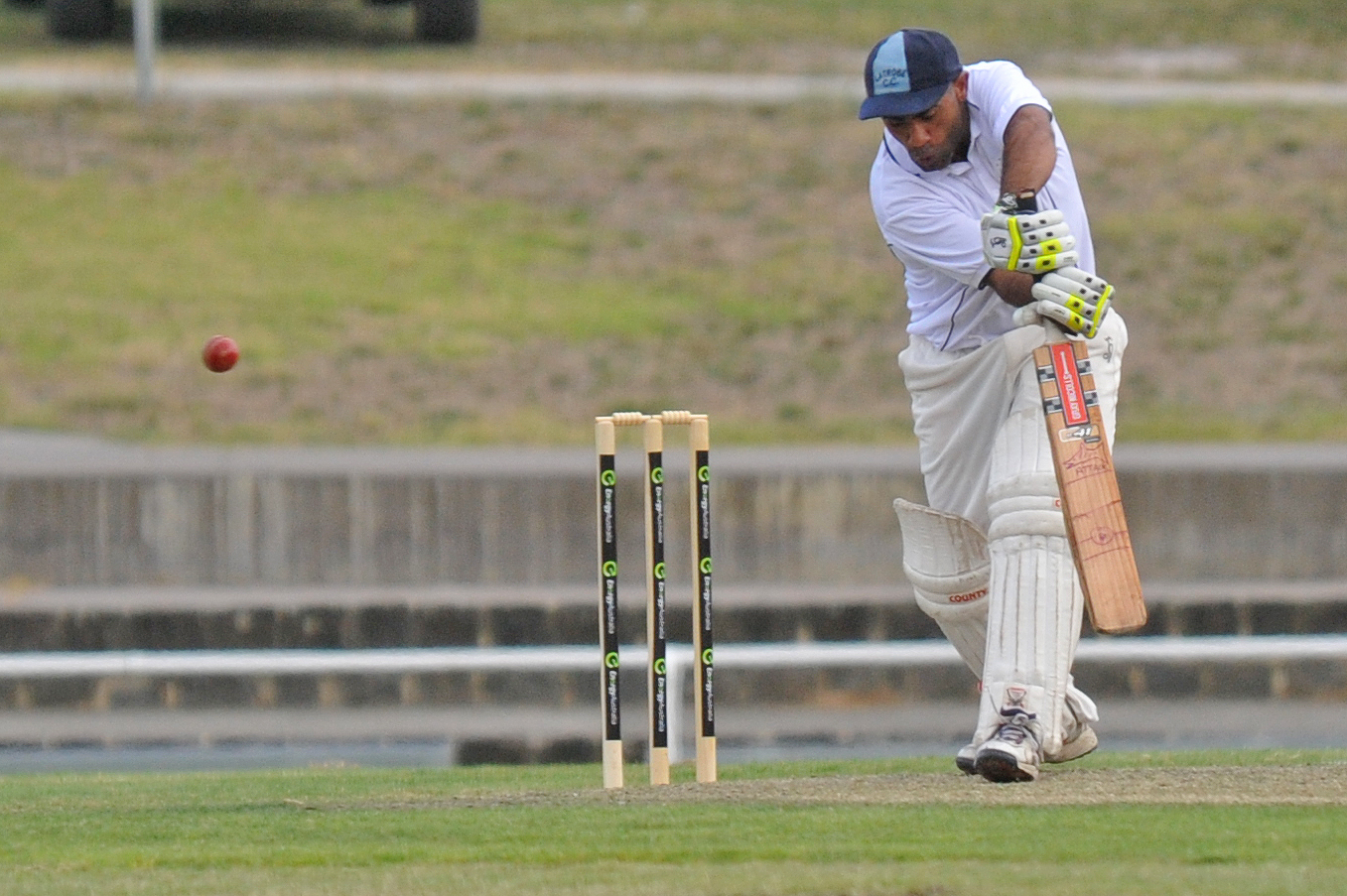 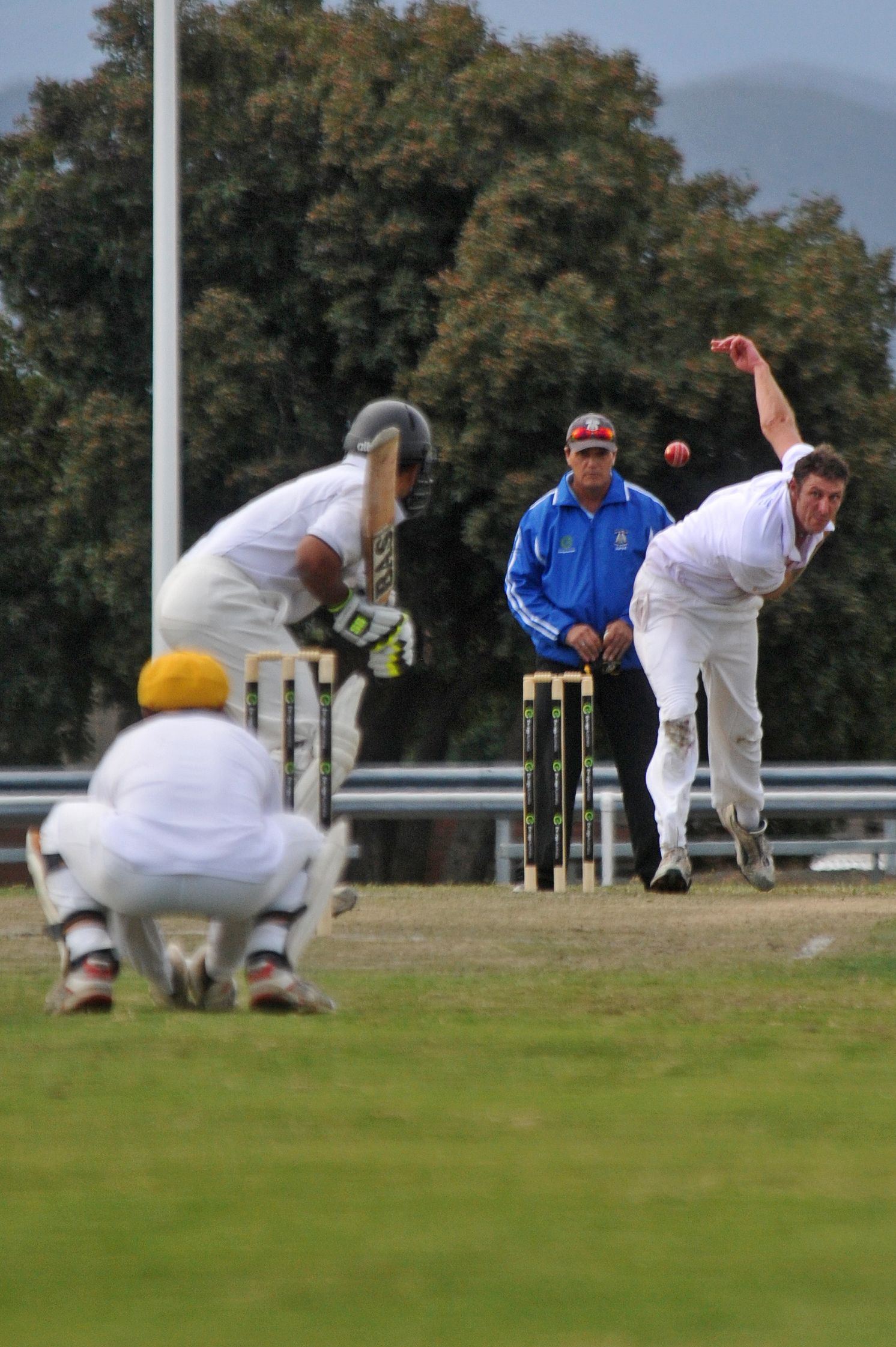 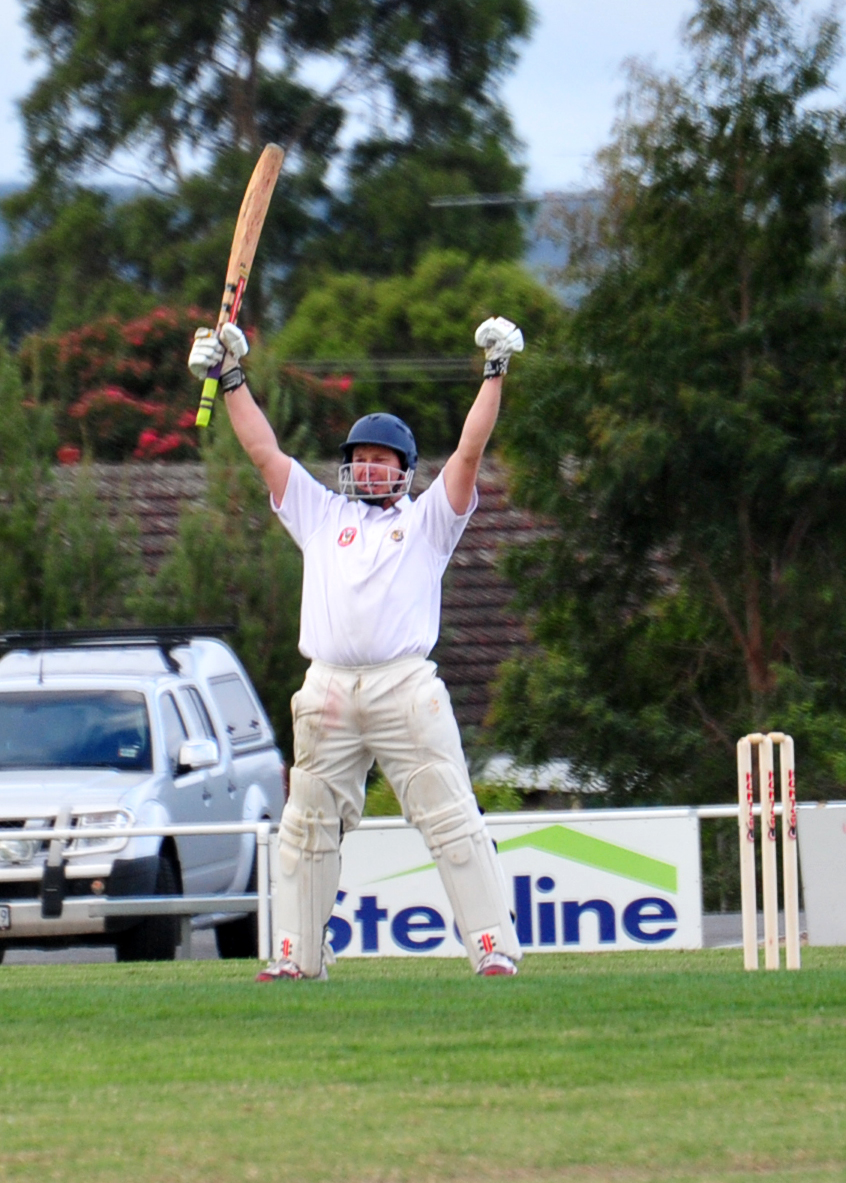 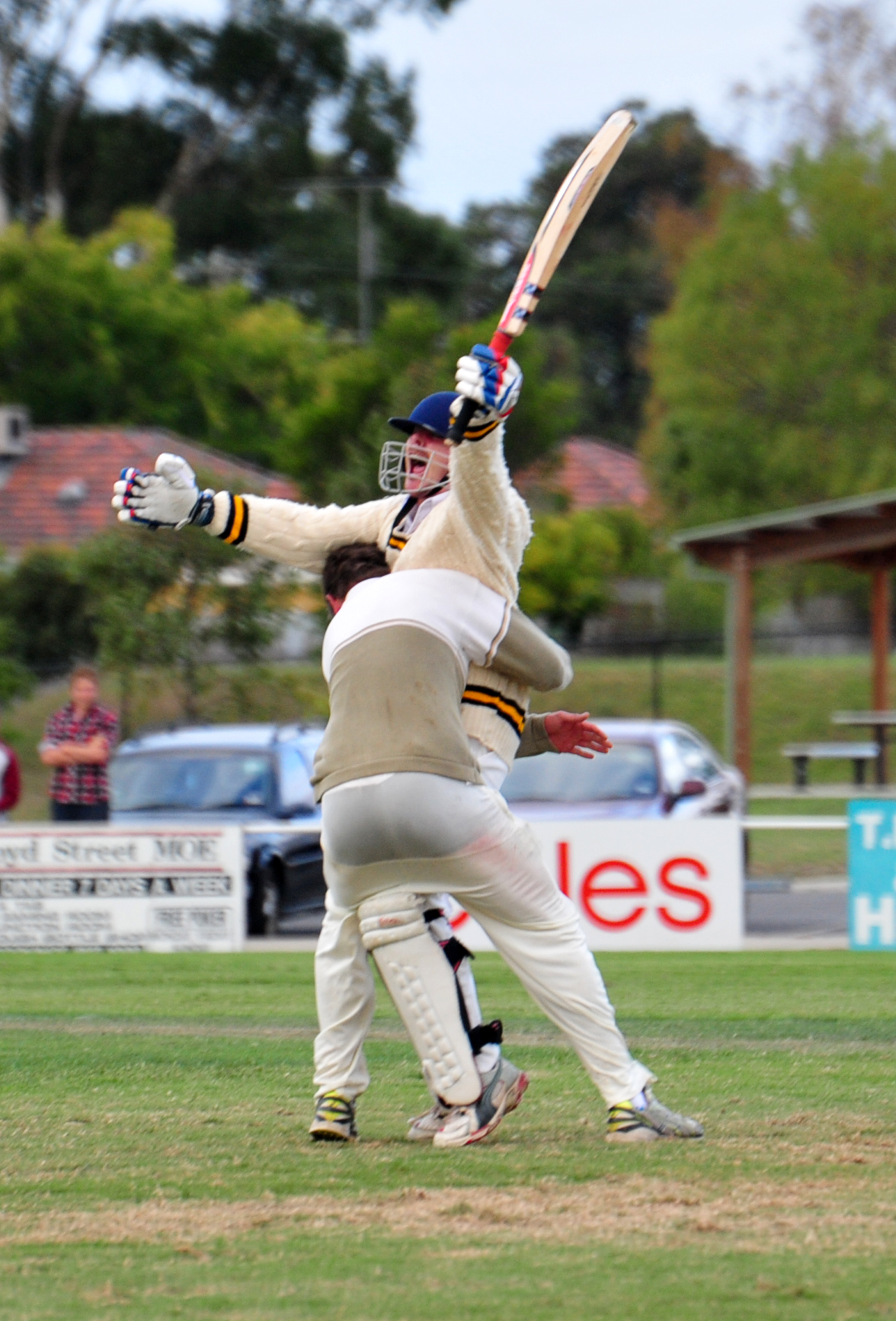 A remarkable captain’s knock of 125 not out by Rob Phoenix led Mirboo North to an extraordinary two-wicket victory over Latrobe in the Central Gippsland Cricket Association final at the weekend.

The Tigers were all but dusted when Dale Banks joined his captain at 8/204 chasing Latrobe’s 290, but the pair put on 87 to scrape across the line in the 100th and final over of the innings at Ted Summerton Reserve.

Banks finished with a resilient 26 not out, and sent a parochial Mirboo North crowd into raptures by guiding the winning run down to fine leg, after a false start from the eager support base when scores drew level.

The premiership was Phoenix’s 11th in-a-row, following eight on the trot with Moe, but one of the most special in his first year as Tigers’ skipper.

“It’s the best game I’ve ever played in as in a grand final,” Phoenix said.

“To come over to a different club and bring success to these guys who have been there and been close for a while is just really good, especially to chase down 290.

“I said to our boys at the start of the day if we’re just there (at 100 overs) and we fight to the end we’ll win this game, and blokes just had to stand up.”

Phoenix came to the crease with the Tigers struggling at 3/50, before they collapsed to 5/74, and played a chanceless innings, bringing up his ton in the 90th over of a perfectly timed chase.

Mirboo North required just shy of five per over to get home from 8/227 after 85, as Phoenix set about hitting the spinners out of the attack.

Latrobe captain Anthony Bloomfield and Brendan Evans came on to stymie the flow of runs, and the latter had Banks dropped in the slips before Phoenix took 11 off him in the 93rd.

With just 17 required from the final 30 balls, Banks survived two LBW shouts in as many deliveries, before consolidating to tick off the winning runs in the last over of the match.

Phoenix stood arms aloft at the close of play, having played the knock of his life.

“It’s probably the best innings I’ve had; I never gave a chance and it will be tough to beat that one again,” he said.

“The last 11 years has been unbelievable. When I was a junior I missed out a lot and played in a lot of losing (finals) so that probably makes you more hungry.”

The skipper also starred with the ball on Saturday, claiming 4/62 as Latrobe posted an imposing first innings total of 290.

Bloomfield (56) and Justin Vajler (42) put on 106 for the opening wicket before the latter was trapped in front by Pete Grima.

Bloomfield was next to go eight runs later, before Kaushik Aphale (69) and Pat Farrant (45) combined for another century stand.

The Sharks were well in control until Phoenix removed both men, triggering a middle order collapse as Latrobe sank from 2/226 to 8/264.

Jamie Brierly chimed in with a useful 20 batting at nine as Latrobe soaked up their full 100 over allocation.

Grima was second best to his captain with 3/60 from a Herculean 24 overs.

The Mirboo North chase started poorly when Brierly claimed Clinton Wise for four, and his opening partner Damian Turner followed soon after when Ash Halkett removed him for six to leave the Tigers 2/11.

Shane Peters (18) and Brett Pedlow (20) made starts, but it was not until number seven Jed Alexander (65) combined with Phoenix for 123 that the Tigers dared to dream of a miracle.

After removing Alexander, Josh Taylor and Brad Grima were undone by the spin of Aphale and Farrant respectively for ducks, bringing Banks to the wicket.

The rest is history, leaving Latrobe to lament a second consecutive runner up finish, while Mirboo North became the first new name on the EnergyAustralia cup in nine years.