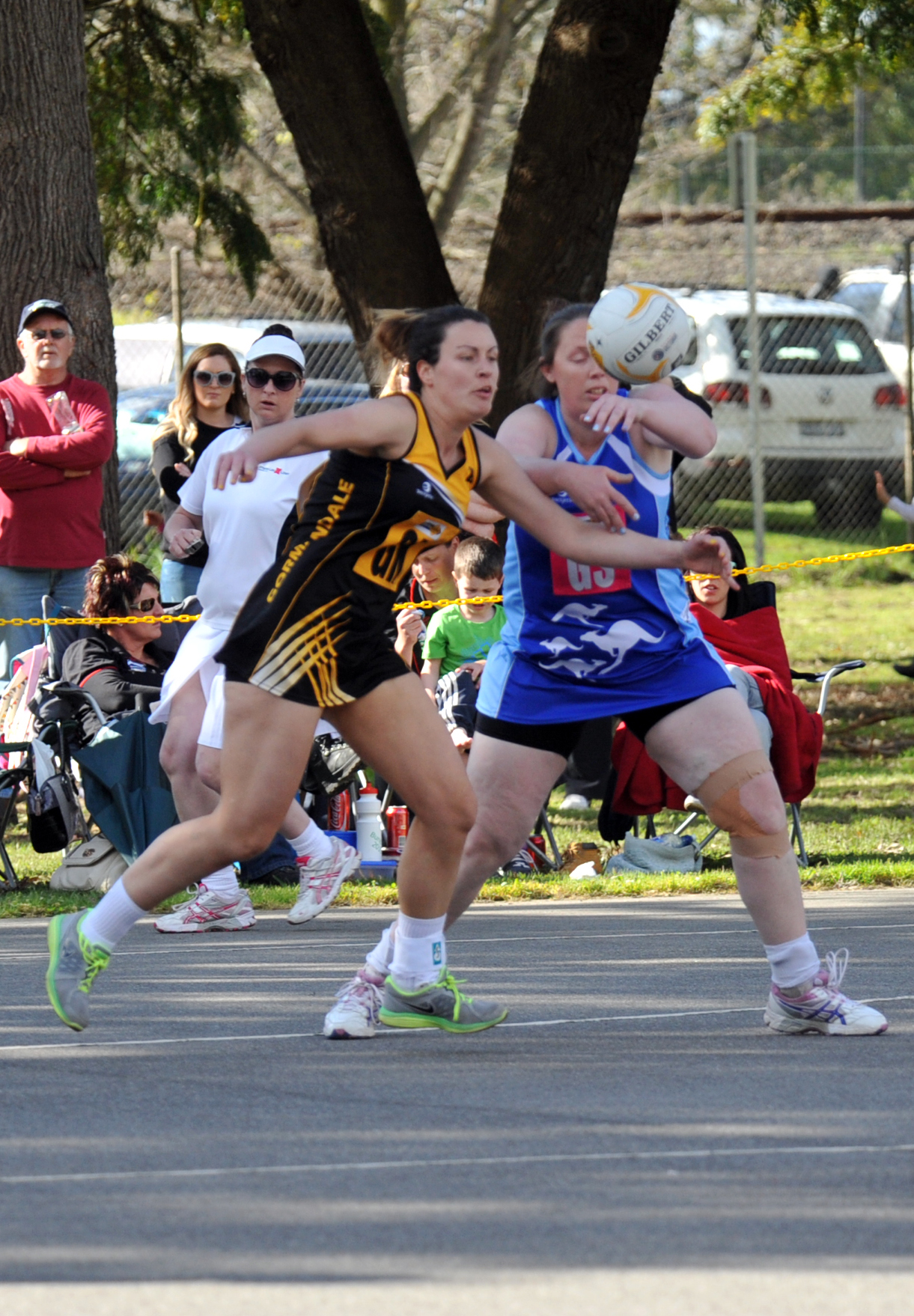 Reigning A grade premier Heyfield has retained close to the same team as last year, and will be further strengthened by talented juniors Phoebe Escreet and Chloe Riseley who represented North Gippsland in the Regional State League competition over summer.

Returning as A grade coach, Kara Wheeler achieved the ultimate dream in 2013, guiding her side to a breathtaking win.

With only two teams missing out on finals action last season, the Kangaroos coaching outfit is keen to make a clean sweep of finals action and are primed for the challenge. Experienced coach Fiona Jago has taken to the helm of B grade which welcomes the return of Gemma Pilbeam to the side. Kerri Chivers will lead C grade ably assisted by Traci Grogan who is taking a step back this year. Heyfield welcomes back Gemma Pilbeam, Emily Johnson, Mikayla Burton and a number of new players including Ash Woodman, Zoe Hanley, Laureen Pollock along with numerous new junior players to the club.

A new look A grade team will take to the court for Woodside, with a number of familiar faces returning and an injection of youth set to benefit the line-up.

Stepping up from the under 17 competition Hannah Buys was a proven performer in last year’s finals series and will be joined by new recruit Rachel Harasimiuk and Abby Pettitt.

Combined with returning players Rachael Loechel and Emma McAllister, Woodside will be one to watch.

RayleneKee will take to the helm of B grade and is excited about the new look side which includes Megan Garlick and the re-uniting of the Galt girls – the first time they have played together since winning a premiership.

Andrea Walpole returns as C Grade coach and is looking to better the performance of 2013.  Five of last year’s players remain, with the injection of Emma Foat from under 17, Anna Best, Georgie Patterson and Monique Johnson.

Head coach Jan Temaru is aiming to return the Dogs’ A grade side to the lofty heights they once enjoyed, and has plenty of resources to help out.

Last season the experienced Debbie Fox made a return to the coaching capper and swept the pool, coaching the B Grade side from fifth position to a premiership, and will be out for back-to-back titles.

Fox is one of six individual coaches at the kennel across the grades.

Sam Cooke will again be courtside taking to the helm of C grade, while new coaches Jane Anderson (D grade) and premiership player Paige Robinson will develop the under 15 squad.

With many underage players on the list, the club will further lay the foundations for continued success with the players’ skillsets defying their age.

Season 2014 is a year of redemption for the Blues.

Like many clubs Rosedale will welcome the return of experienced campaigners Lorelle Lowe and Carly Johnston following a year’s break and will benefit from impact recruits from Melbourne including Ella Bertacchini from Western Lightning Victorian Netball League side Victoria University.

She will be joined by fellow uni students Sarah Alexander and Amy Harrison.

On the coaching front Linley Bertacchini switched from player to coach of A and B grade.

With both sides competitive in last year’s finals series, Bertacchini has plenty to work with, in particular a driven B grade outfit aiming to go one better than a preliminary final.

Laying strong foundations Bridget Kase will be at the helm of C grade and under 17s, while Erin Felsbourg is taking charge of D grade.

This season Rosedale will enter an under 15s side.

The Bombers’ youth policy continues to pay dividends with the club set to blood several juniors through the senior ranks during the 2014 season.

The depth in the juniors is the envy of many opposition sides, with a large number of the last year’s champions and premiers in the under 15 squad eligible to play in the same age group as they aim to make it two on the run, while the under 17 squad will aim to take it one step further having finished runners up.

In the senior grades, EuniThorburn will remain as head coach looking after A, B and the junior teams, whilst Kerrie O’Bryan will take charge of the C and D grade teams.

*Clubs not featured failed to respond before going to print.